Reinforcing a pair of Bent Double 11.5 Liftarms under Rotational Tension

I purchased a clone MOC out of interest a few months back, this following set. 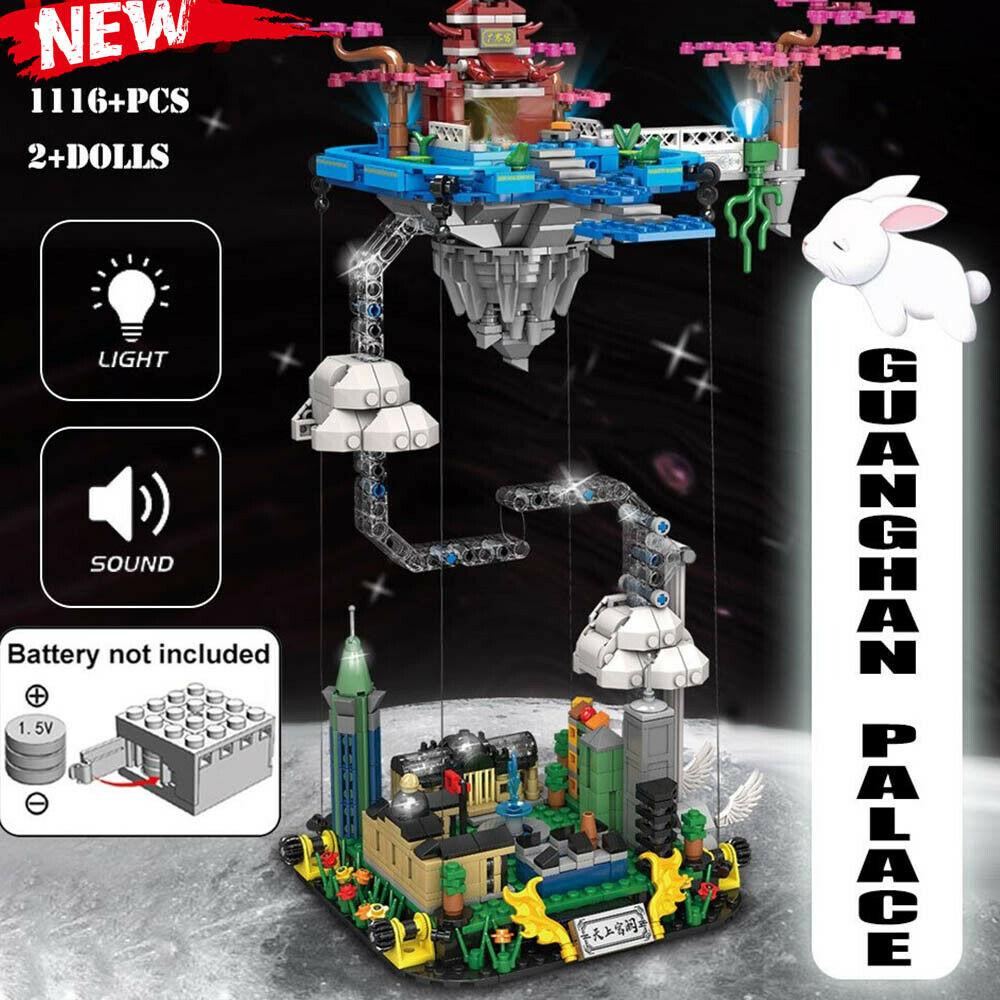 Because it does use clone pieces, I knew there was a high chance of breakage and poor fit, especially in the tensegrity arm actually supporting the upper structure. The arm failed today, so my plan is to replace and reinforce the original arms with official Technic parts. 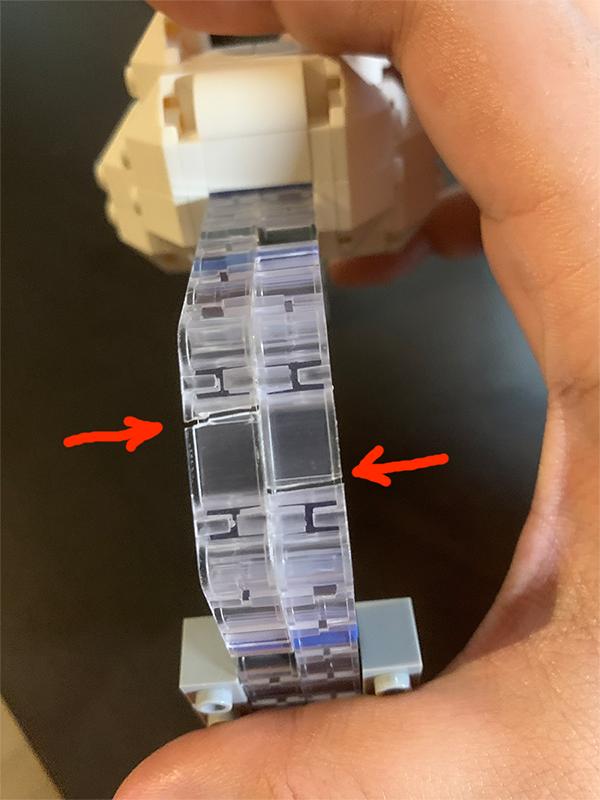 My plan is to use the 5x3 L beams from Technic to alleviate the strain on the angled portion of the liftarm, which is taking a lot of weight. The arm, removed from the set, currently is bowed in due to the strain. 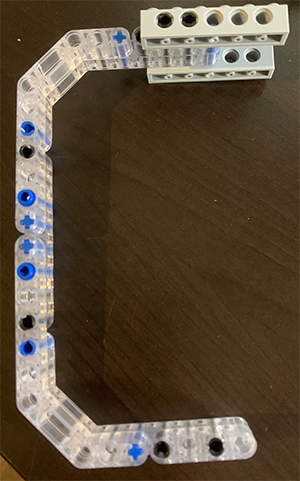 Because the snaps happened on the outside corner, I was wondering if attaching L beams on the outside or inside corners would be sufficient, or if there is another method of reinforcing this liftarm so that the stress in that region is reduced.

Adding the L beams in parallel with the liftarm would distribute tension to the L beams rather than just the angled bit, which should reduce the stress.

Alternatively, adding them underneath would (hopefully) add compression on the L beams in the opposite direction.

I believe that the official technic pieces should be a bit stronger on the replacement liftarms, but I'd like to reduce the strain in this area anyways, so alternative solutions are also welcome.

technic clone-brands repair
Share
Improve this question
asked May 3, 2021 at 21:28

The replacement part is available in trans clear plastic, I would suggest using them to either replace the existing beams or be connected to either side. It will be a bit cheaper if you decide to use white beams instead.

The poor quality of the clone brand pieces is one thing, but I think you might want to consider tackling the issue of weight. If you are already happy with making modifications to the structure, consider removing or substituting some of the pieces in the floating castle.

Perhaps in addition to any modifications I would also suggest using a clear fast-setting super glue.

I use Loctite Clear Super Glue to adhere tips to my pool cue and it can last well until the tip has worn down. It is best to roughen up the surface a bit before applying the glue so that it adheres better.

Make sure you only glue the pieces and not the actual connections if you want to be able to dissemble the model. Give the glue plenty of time to set without putting any tension or compression on the joint.

The result will be nearly invisible, and could even be stronger than the original beams depending on the quality of plastic used.

Not the answer you're looking for? Browse other questions tagged technic clone-brands repair or ask your own question.