Tools to aid in getting parts from tight spots?

As a builder of some semi large scale projects. I find that I can't always get that dropped part because my arm is either not long enough. Or my hand is too big to reach in and get it. Anyone have any suggestions as to tools one could use to get those lost parts? 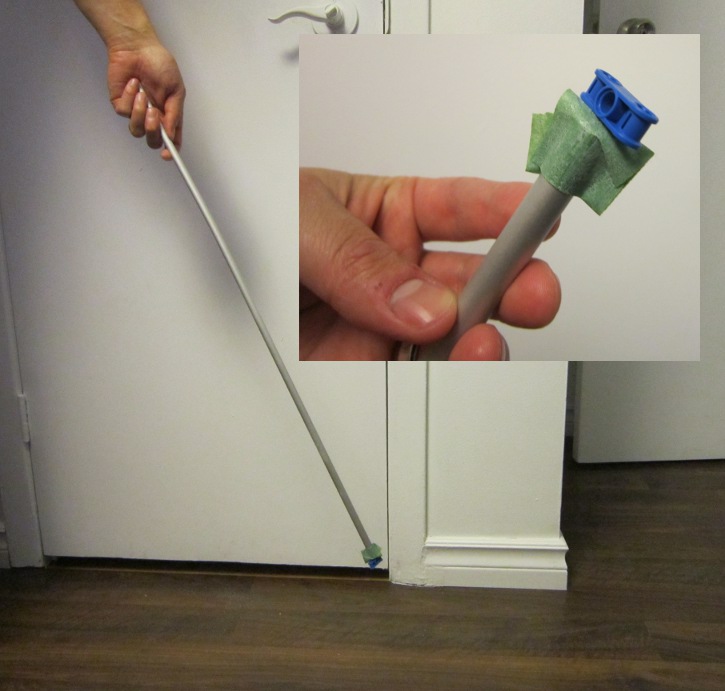 There are a wide variety of grabbers and pick up tools on the market, primarily aimed at the accessibility, automotive and electronics markets. Some of these would work well with LEGO.

For larger parts, I've had good success with this one: 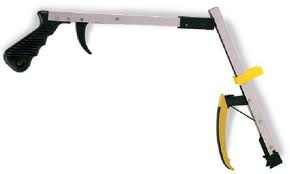 I've got a small version of something like this. It doesn't work well for larger parts, and I'd be concerned that it might scratch the bricks. However, something similar might work depending on your scenario: 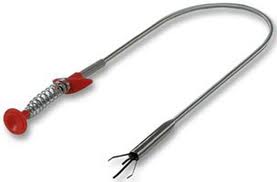 Other tools like long-handled pliers or even scissors can be used - with care - to extend your reach just enough to grab things from awkward places.

Alternatively, some sort of sucking tool could work to pick up rather than swallow up parts: I would be interested to try a hoover with a mesh over the nozzle to see if it could still pick up bricks. You could even try sucking bricks up with a straw as long as you're sure they're too big to actually pass up the straw and become a health hazard (not to mention the potential loss of a precious LEGO brick).

Finally, a true LEGO-head should only consider a proper LEGO solution: you should fashion a grabber from Technic components: 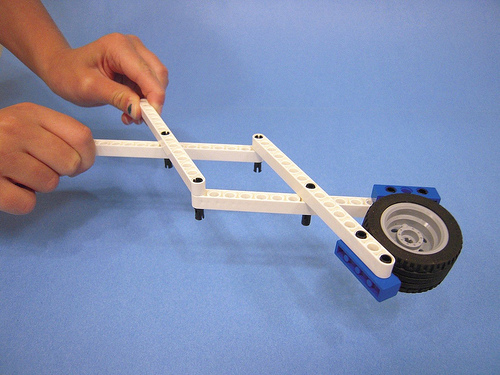 I'd tend to suggest to build your construction in a way that there is no inside spot you can't reach. The easiest way to achieve that would be a modular construction where you can remove parts to reach the inside; also, making it modular helps for the transport should you want to display your creation (and, considering the size of it, you should).

Another solution I can think of is to use a vacuum cleaner, although you'll probably want to dedicate one to LEGO and make sure you can easily retrieve parts which have been captured. I've once seen a "LEGO-friendly" vacuum cleaner which claimed to be able to isolate LEGO parts when vacuuming, presumably for parents with kids such as we've been ourselves. It came with a small free LEGO set, too, but unfortunately I can't find which brand it was.

18
Bridge from just basic bricks?
8
How can I find out what parts are in a Lego set?
9
Preparations for outside display
10
How to make a regular pentagon from technic bricks
5
Any cheap Technic sets with a good variety of parts?
3
How to visually search for specific parts in a 3D model?
1
Looking for sets with lots of printed parts or other special parts to use as components for my city
4
Which parts have no-friction Technic axle holes?
8
How can I complete the build of this Lunar lander from the Space and Airport Set (9335)?
14
Is this an error in the updated Harry Potter Diagon Alley build/instructions?