How can I extract a metal axle from a plastic wheel without damaging them?

I have Plate, Modified 2 x 2 with Wheels Red with metal axles that have developed rust and I need to sanitise them, as I have rust even on the plastic pieces

This is an example of wheels I need to disassemble: 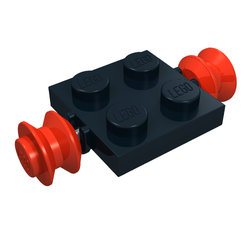 Before trying more things and avoid breaking them, I would like to know if is it possible to extract the axles with no damage (the axles are inserted by pressure) or are they glued and should try to clean the rust without disassembly

From accidentally destroying some older wheels (decades on a sunny windowsill can make red parts brittle), I think you're out of luck.

The ends of the metal axles I've seen have had splines formed into them, then as far as I can see the plastic is moulded over the top. To see what I mean, imagine something like 32209 Technic Axle 5.5L with Stop, then covering the end with the stop with modelling clay - you won't get the clay off in one piece.

The good news is that ABS (the plastic used in most Lego parts) has good resistance to oxalic acid and you can get rust removers based on oxalic acid (some advice here). It might turn the steel black; I know phosphoric acid does. Note that phosphoric acid, citric acid, and acetic acid* aren't good for ABS, ruling out many commercial rust-removers and home-made recipes. There's always a chance of damage, but less so than trying to get the assembly apart.

I tried an experiment. After about an hour and a half in vinegar, the plastic was unaffected, but the rust hadn't reduced, so you may need something stronger.

But before I put the assembly into the vinegar I noticed one of the wheels was cracked (actually both now I look at the photo!), so I risked prising it off. After scrubbing some rust off using steel wool you can see the groove in the axle where the plastic is moulded to grip it (red arrow), confirming that it's not coming off without damage. I was slightly wrong though - this part isn't splined, presumably because it doesn't matter if the wheel slips round the axle. 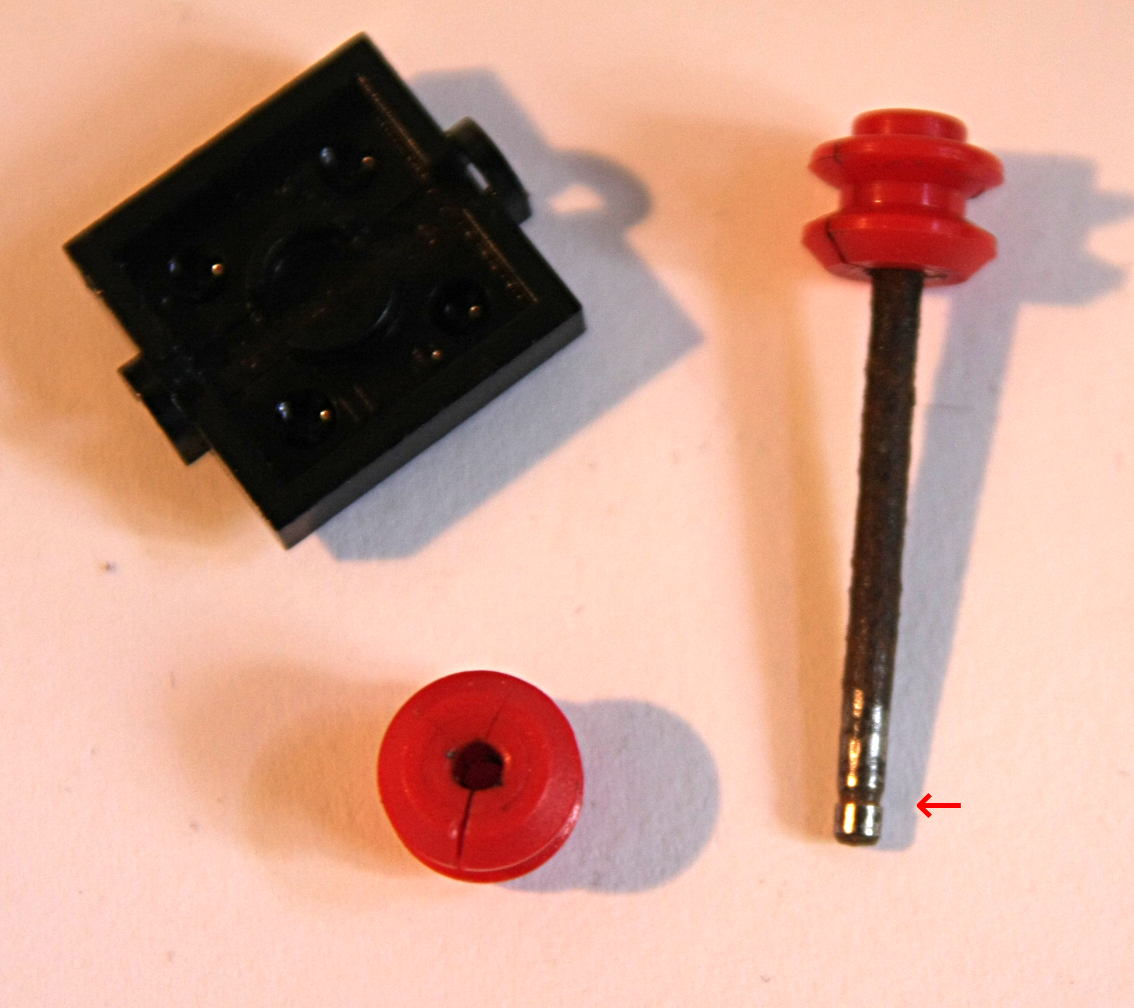 If you insist on disassembly, applying enough heat to just the axle will soften the plastic touching it, allowing you to pull it out. Reassembly would need glue. But I think (from memory, bricklink doesn't have a picture of the underside) you couldn't heat the axle without melting the plate.

* From the source I used, 20% acetic acid is bad, but vinegar (4-8% acetic acid) is good. Whether the soaking time to remove the rust is long enough to cause problems for the plastic would require an experiment.

Not the answer you're looking for? Browse other questions tagged disassembly wheel axle or ask your own question.

38
What tool can get two 1x2 plates apart without damaging them?
27
Can an axle be removed from this Technic 'brick paradox'?
12
How many hours of travel does it take to wear out LEGO monorail tires?
1
How to remove an unslotted length-2 technic axle from a one-way axle hole?
8
Smallest rubber wheel that can be turned by a technic axle
7
How can I separate an 8H antenna from a modified 1×1 with ring?
1
Separating old 2 x 4 brick with wheel holder
7
How to disassemble the propulsion wheels of the LEGO/DUPLO train engine base part# 28743 drivetrain?
6
Lego Duplo Train Track Switcher washable? / Best way to clean them?