I want to create a mine scene on a 32x32 baseplate. I want to run a train track across the front, and then about 12 studs into the mine. Then, I want to build a couple simple mining carts on the tracks. I'm not very familiar with the tracks pieces. Can someone help me plan the pieces I'll need for this? 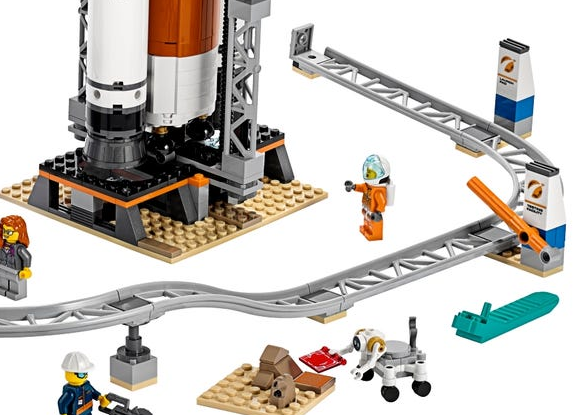 The straight track are 8 or 16 studs long, and the 90° curved track has a radius of 12 studs (counted from the track centerline). These dimensions allow for a few track pieces to be placed in a 32x32 baseplate comfortably.You can fit a "L" made of one 90° curved track and two lengths of straight tracks (16 studs long each) into a 32x32 baseplate, leaving a margin of 2 studs.

This quick-and-dirty LeoCAD diagram should help convey the idea: 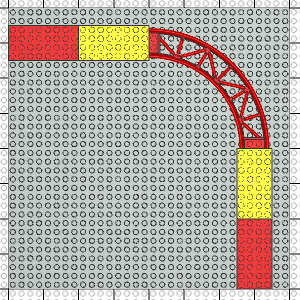 Also note that part 85976 "Train, Track Plastic, Narrow, Curve" does exist, and is also 4 studs wide. However, there is no (official) corresponding flat straight part, and the curve radius is wider (24 studs). You can fit two such track parts in a 32x32 baseplate, but beware of the half-a-stud-long connectors at the end of each track piece, which might overhang: 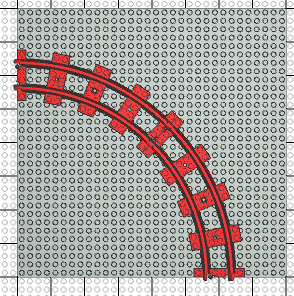 The later is the technique used in set 60188 "Mining experts site", altough the result doesn't look "minecarty" enough to me since the wheels themselves are obscured from view: 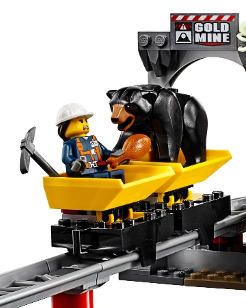 There have already been a few older sets containing pre-made mine carts or similar constructions with tracks besides the currently used style mentioned by IvanSanchez, take a look at how they were implemented: The relevant parts from the Silver Mine set, added based on the request for clarification: 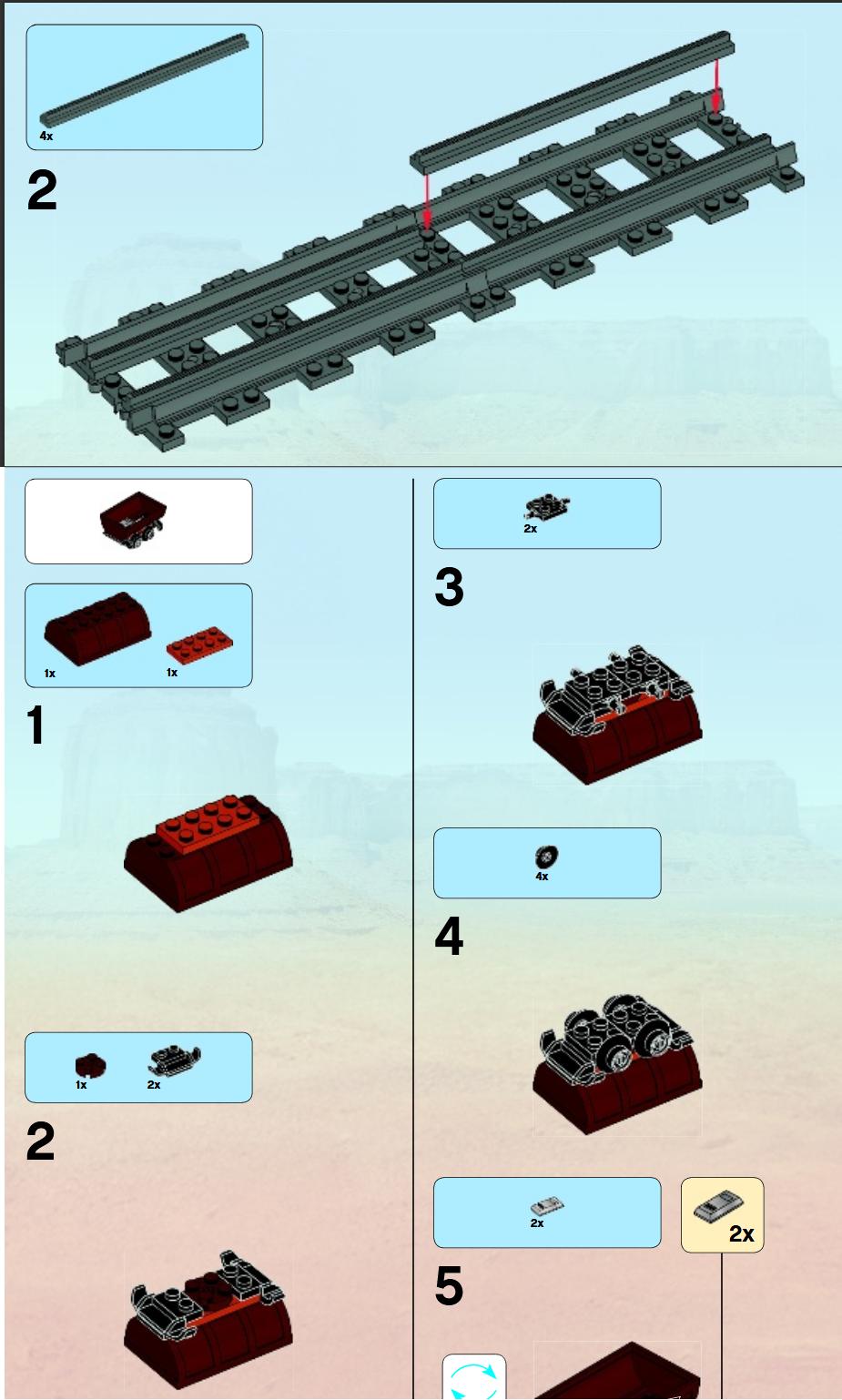 Not the answer you're looking for? Browse other questions tagged building trains piece-usage or ask your own question.