What electronics are inside the SPIKE Prime angular motors?

Is there any information available about the internals of the SPIKE Prime and Robot Inventor angular motors?

What Hall-Sensor is used by the SPIKE motors?

To be more precise: I'd like to get information about the internal components of motors in a way similar to this teardown of the SPIKE Prime Hub.

Here's what the part looks like from the outside: 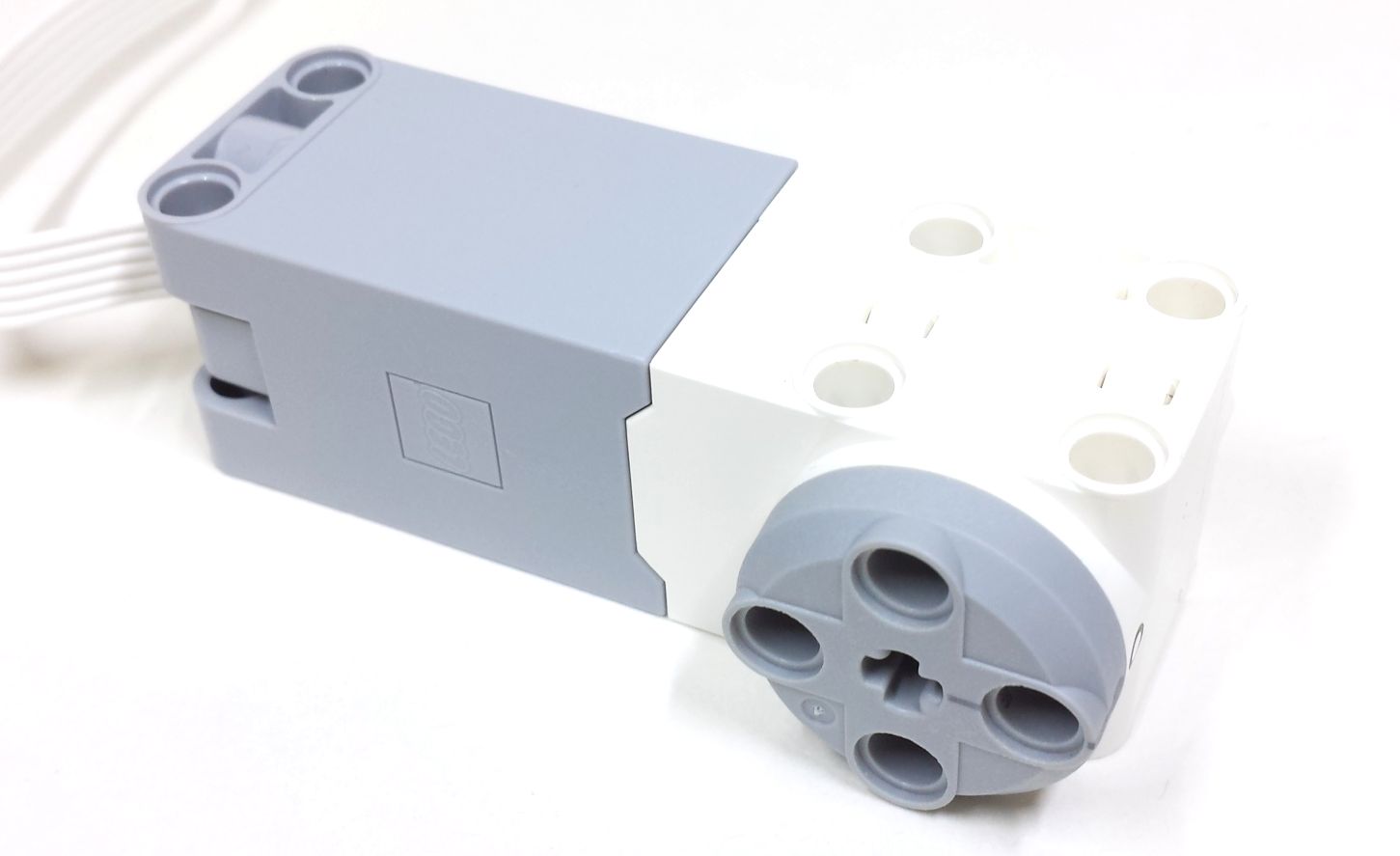 The first step to opening it up is to remove the cover over a section of the drive. Note that this process is likely to cause permanent damage to the part as it requires prying and bending. 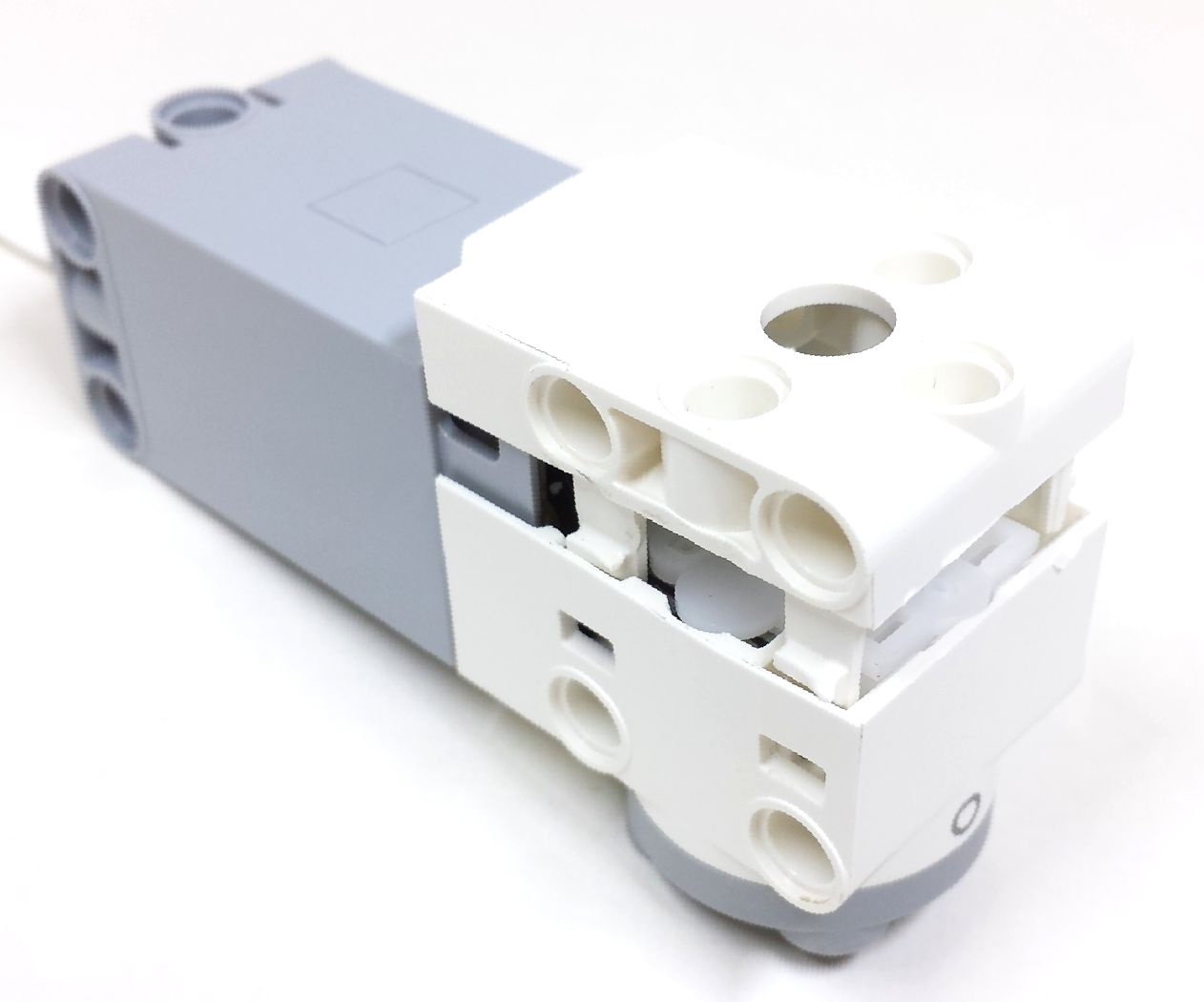 We can now slide the gray back cover off. 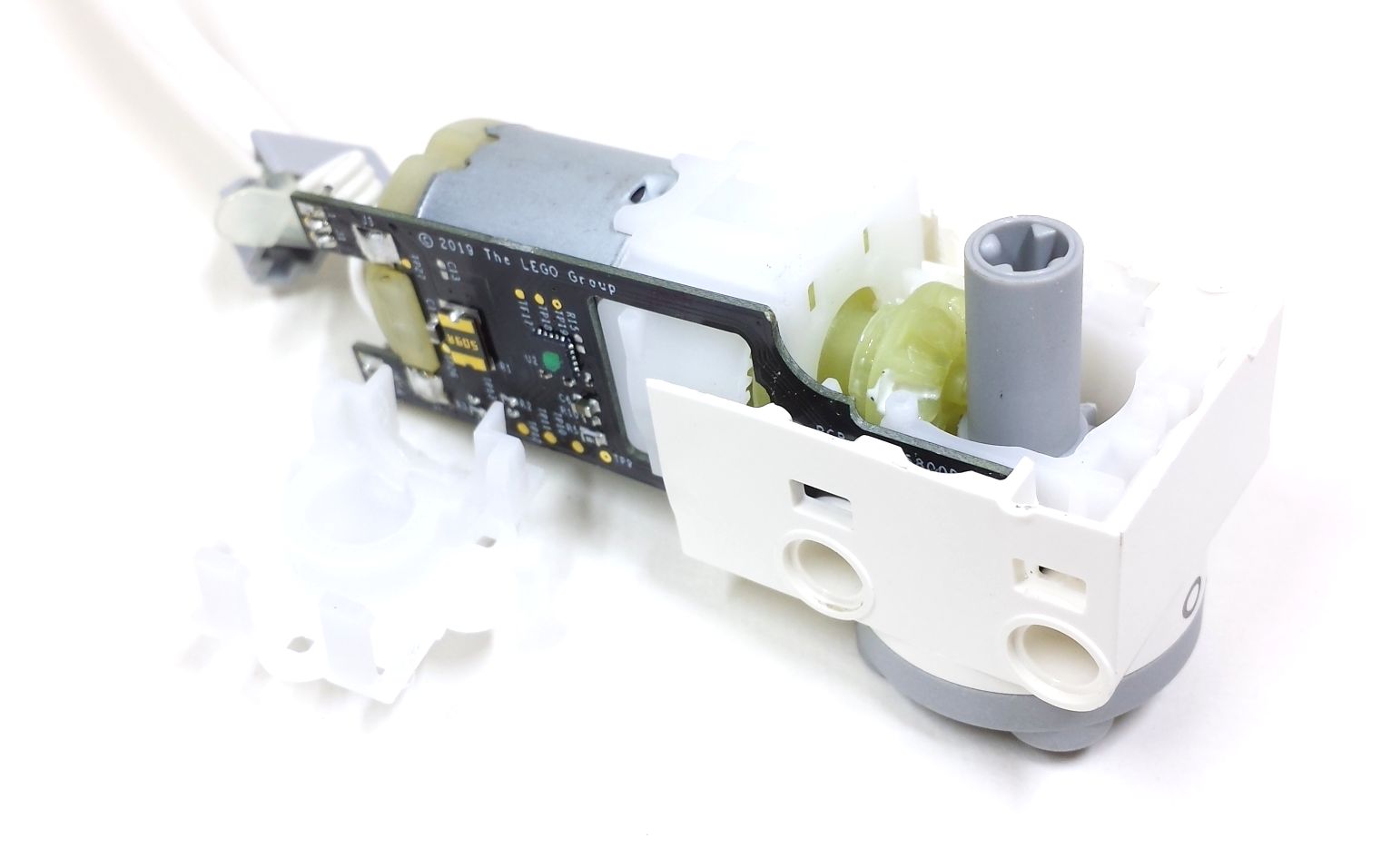 The PCB is clipped in at the front, but with some care we can separate the gearbox from the motor.

The gearbox houses a pair of bevel gears. The gray one that is part of the drive shaft is 11 tooth and the smaller one is 9 tooth. 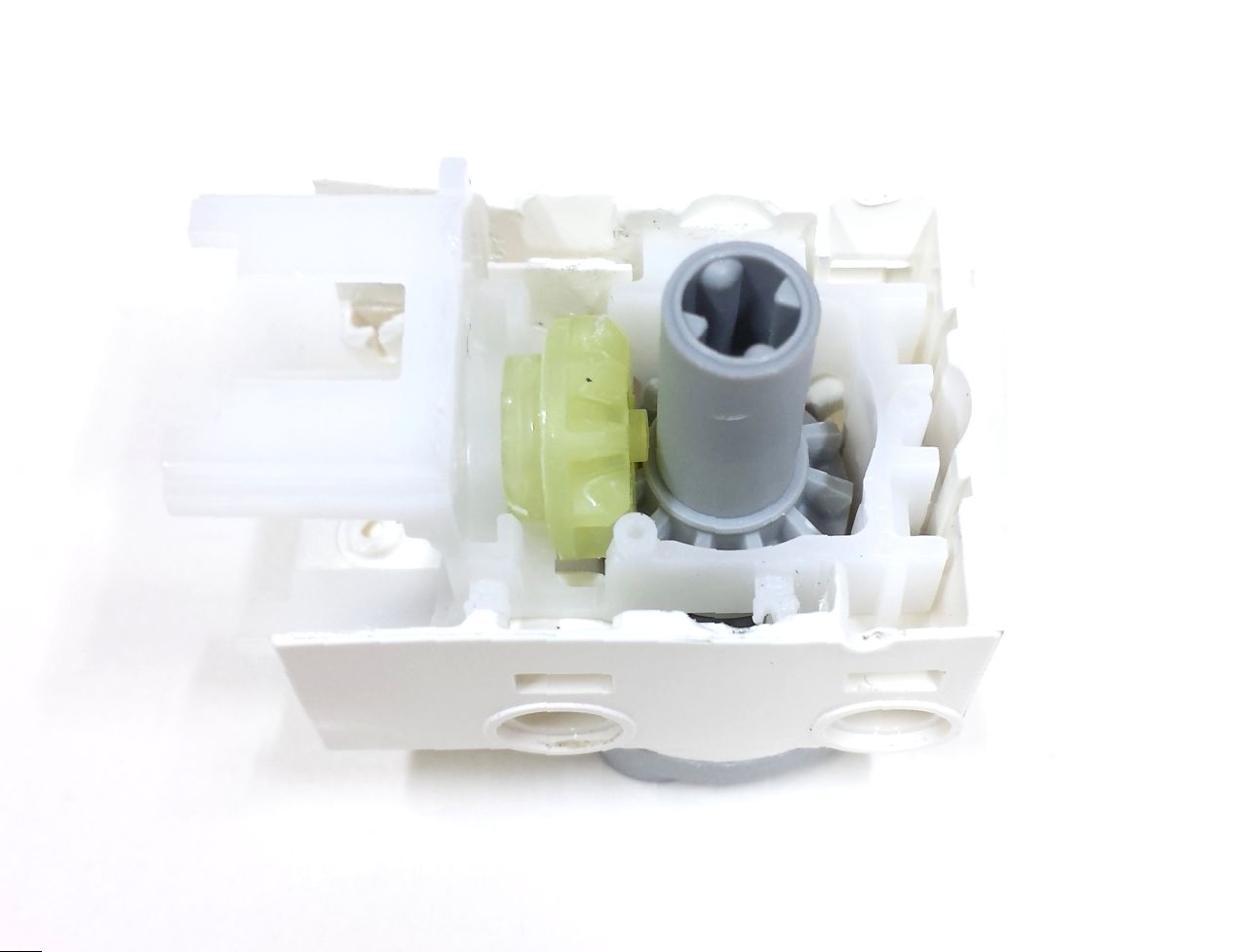 With significant force, the drive shaft can be separated to remove it and reveal the magnet that is used to sense drive angle. 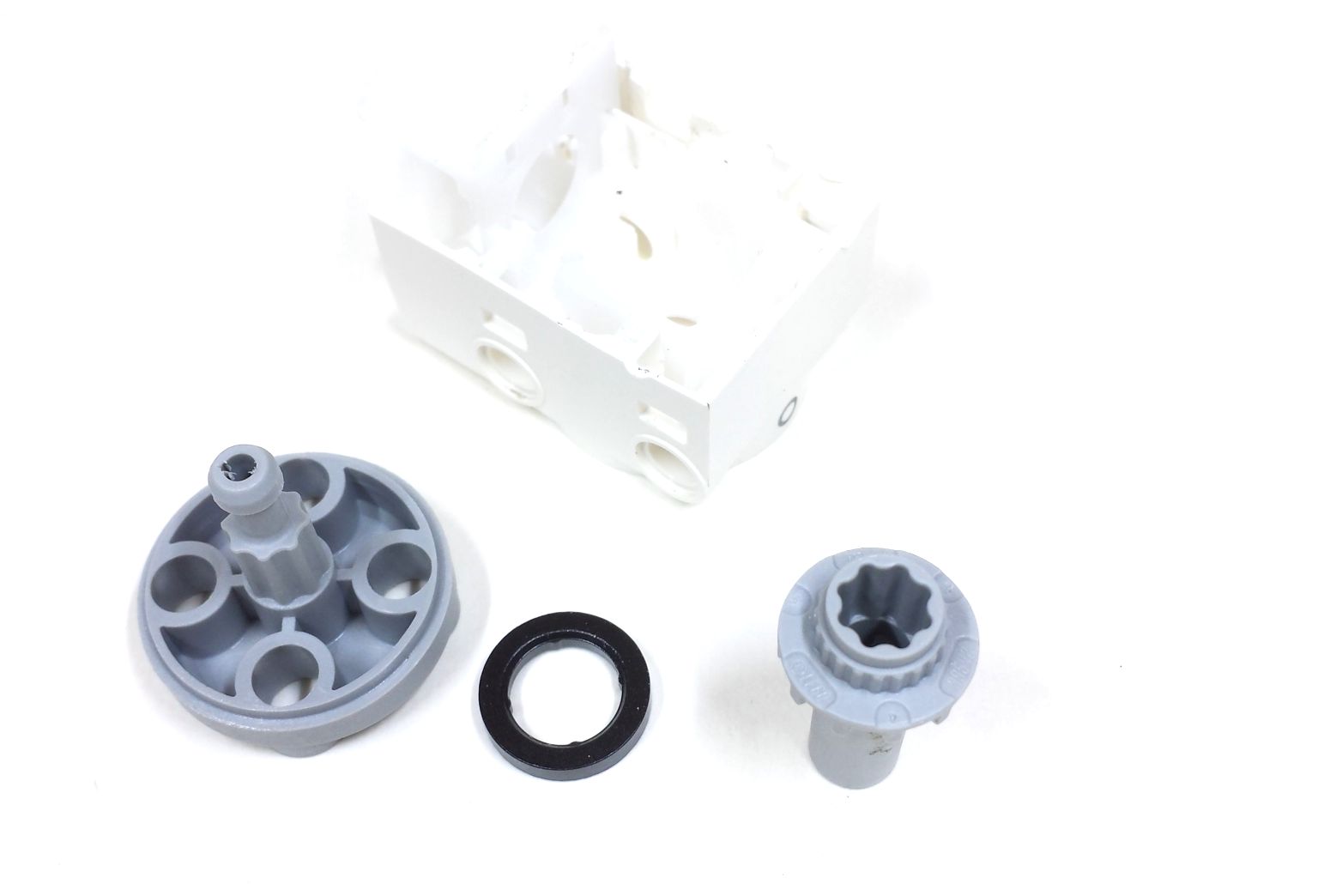 Moving back towards the motor, we find a double planetary gearbox similar to the one found in several motors without angular drives. 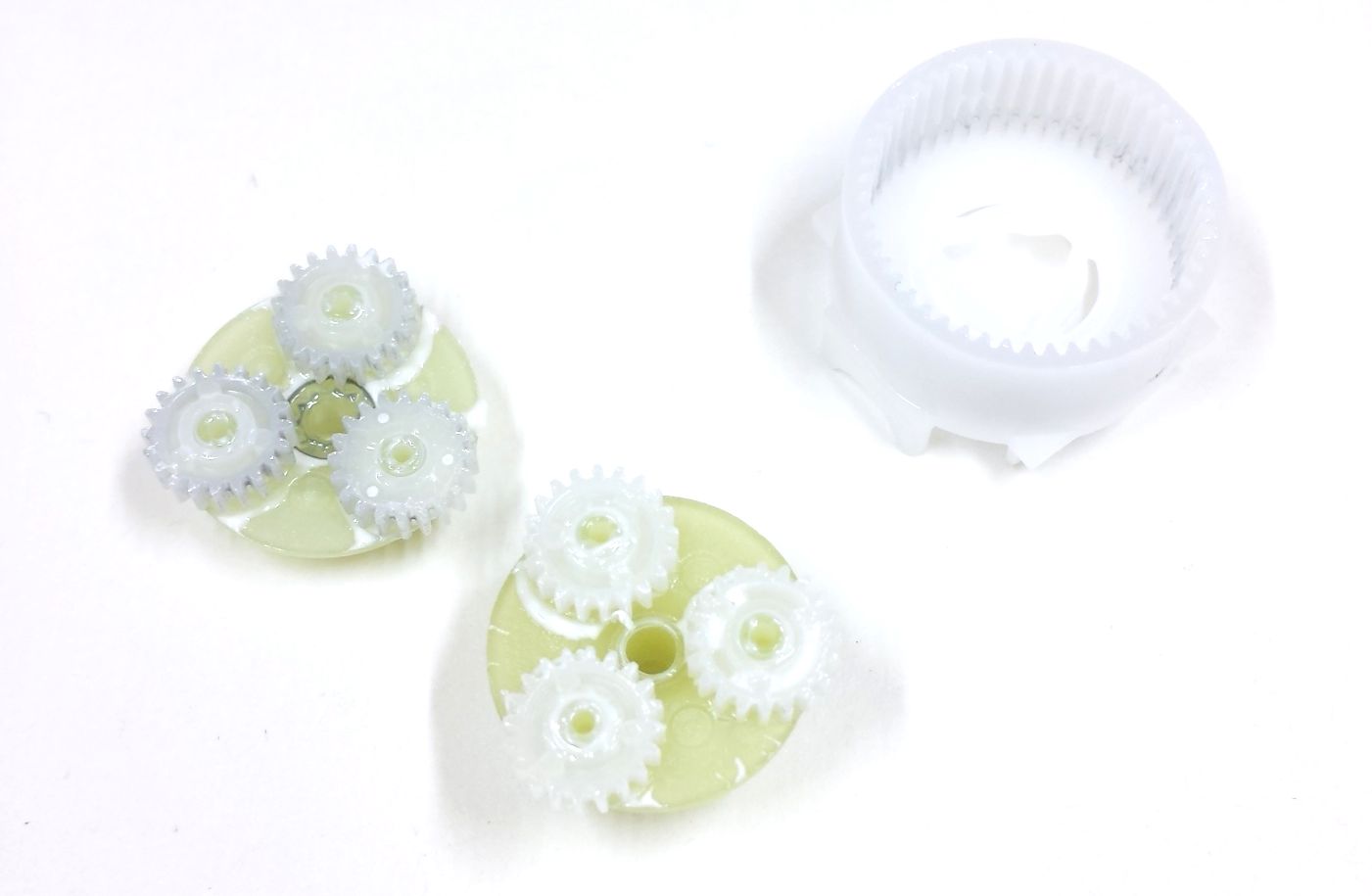 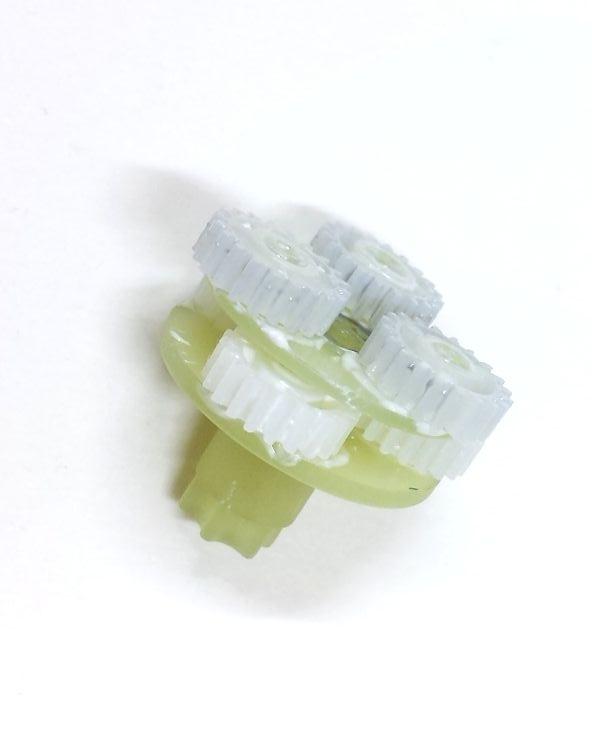 The motor itself is soldered to a PCB. There's nothing other than traces on the side facing the motor, so I haven't bothered to desolder it.

The main microcontroller appears to be an STM8S103. My part has the following part information:

The other significant visible part labeled 509R is a thermistor that serves to put a hard limit on motor current.

Viewed from the other side, we can see the hall effect sensor that is used to detect drive angle. The part number on mine is BCZK 116.

12
What's inside the SPIKE Essential small angular motor?
10
What internal electronics do Spike Prime and Mindstorms Robot Inventor use?

9
Is it possible to non-destructively open the SPIKE Prime smart hub?
10
What internal electronics do Spike Prime and Mindstorms Robot Inventor use?
8
What is the battery life of the new Mindstorms and SPIKE Prime hubs?
5
Continuous power supply for the SPIKE Prime or Robot Inventor hubs?
9
robotic inventor\spike prime hubs: Hub 2 hub communication AND led matrix control
5
How to use REPL on the 51515 hub?
12
What's inside the SPIKE Essential small angular motor?
7
What is the best way to connect SPIKE prime angular motor to a wheel
4
Is it possible to re-flash the LEGO Spike Prime Hub with Mindstorms Robot Inventor Hub Firmware while retaining all functionality? And if so, how?