How does the LEGO Typewriter mechanism fit?

My wife is building the LEGO Typewriter set (21327). When she installs the gearbox mechanism at step 210, the whole thing jams when pressing the keys.

I am trying to help her and have "unbuilt" it back a few steps and checked everything in terms of being the right way round, etc.

The problem seems to go back to step 177 when a block assembly is placed. Up until then the large section installed at step 153 was free to move around an inch or so forward. After step 177 the new block installed severely restricts that movement. It is in the correct place from what I can see!

What might be causing this problem? How can I fix it?

When she installs the gearbox mechanism at step 210, the whole thing jams when pressing the keys.

The gearbox in question is this one completed in step 208: 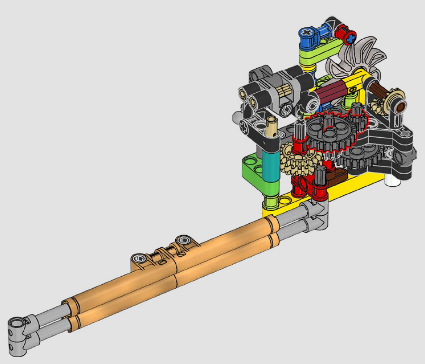 Here it is fully installed after step 210: 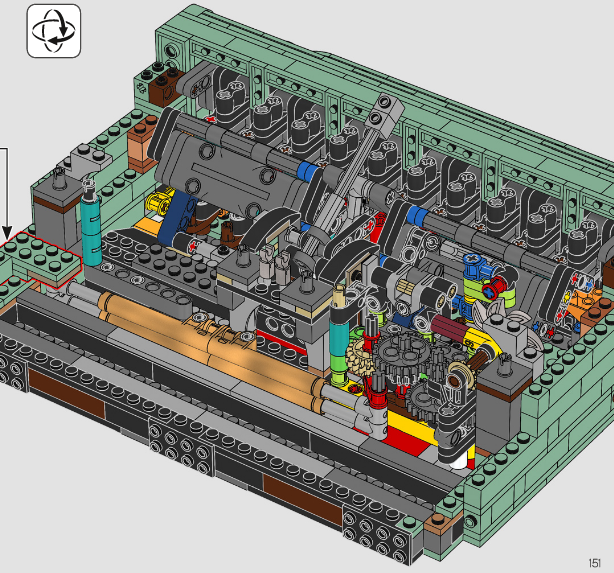 The function of this assembly is to store energy in the springs at the bottom and use it to move the carriage over a small amount on each key press. This is accomplished via the 8 bladed propeller and bush at the top that are used to form an escapement. Each key press allows the propeller to rotate 1/8 of a turn, and this rotation allows a small lateral movement of the carriage.

There are several issues that could cause this to not work properly.

If everything is jammed, the following behavior may be seen:

There are many issues that could cause this. There are two specific issues called out in the instructions as common sources of errors.

Be sure the propeller is installed the right way around in step 197: 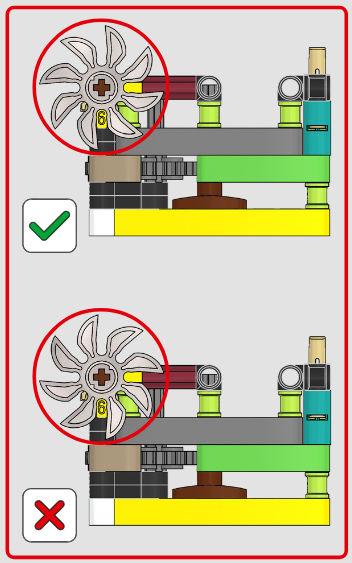 Ensure that the escapement is built in the correct orientation in step 205: 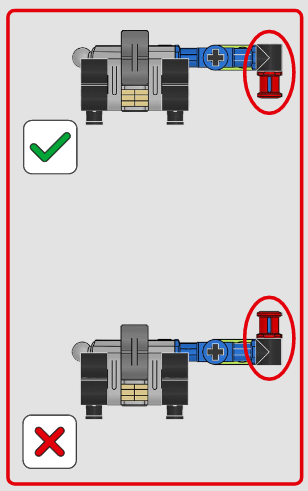 Either of those issue will prevent the mechanism from working properly.

A general issue that may cause this to fail is simply building the gearbox or keys with too much friction. It is important not to install gears or bushes too tightly to prevent friction. I will typically push parts together as tight as they will go then back them off by a very small amount. There used to guidance on this in the instructions for Technic sets:

This doesn't always matter, but in an assembly like this where there are many connections and gravity is used to provide force to make everything work correctly, it is important not to add additional friction.

If the typebar moves when a key is pressed, but never falls back down from hitting the page, then the core gearbox is likely working properly. This is especially true if the carriage moves as expected if the typebar is returned manually.

This could be due to excess friction in the gearbox as above. Another issue that I encountered was forgetting the half bush in step 152: 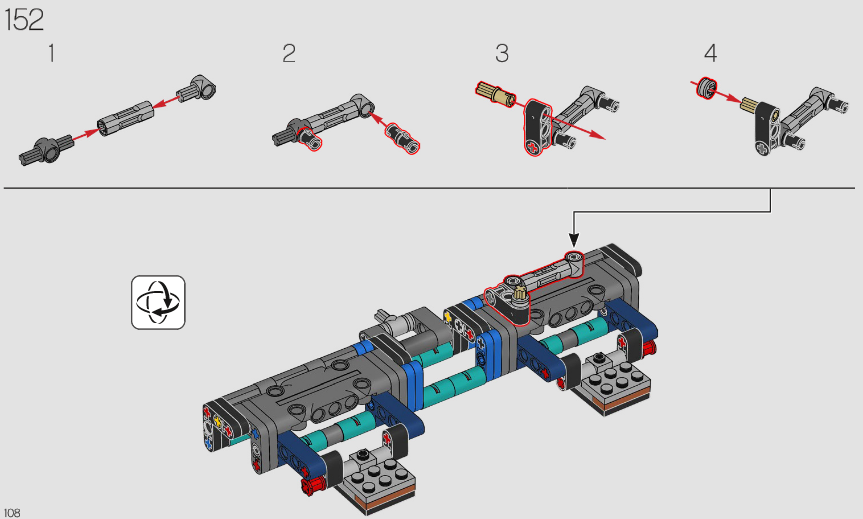 This prevents the keys from fully engaging with the escapement mechanism and limits its ability to return the typebar to its original position.

It's worth noting that the springs under the carriage are able to transfer some of their force back to the keys and typebar. The typebar is most likely to work properly when the carriage is in the rightmost position, and may have difficulty returning when the carriage is all the way to the left, as the escapement mechanism will no longer be transferring any energy back through the system.

Note on Restricted Movement After Step 177

The problem seems to go back to step 177 when a block assembly is placed. Up until then the large section installed at step 153 was free to move around an inch or so forward.

I want to clarify that this is the expected behavior. The following assembly is the one installed in step 153: 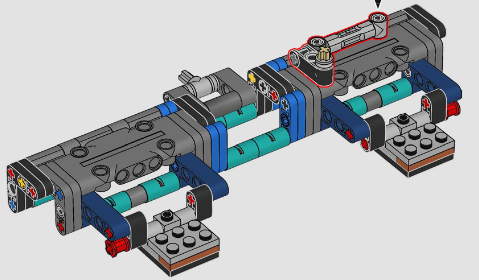 It has a lot of play until this assembly is installed in step 177: 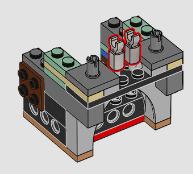 Here it is after installation: 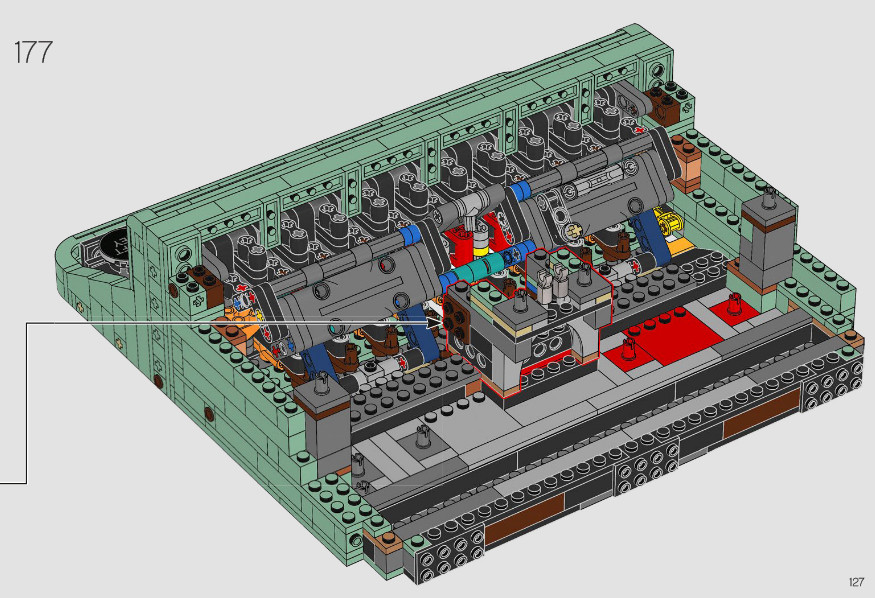 After that point, it has probably about a centimeter of play if installed correctly.

11
How can I create a simple steering mechanism for a car?
7
How much does the Luke's Landspeeder (8092) weigh?
11
How much does a life sized LEGO person sculpture weigh?
8
How tall is the Saturn V set in LEGO units (studs, bricks etc.)?
3
What does the +/- dial in the Lego Defender model do?
14
How does the Space Shuttle dock the ISS?
3
Piece in Lego 21327 Typewriter Step 26 can’t be flush as depicted in the illustration