How do I build this robot car?

I want to start using more LEGO Technic, but I'm not sure what the best way is to buy the parts without breaking the bank. 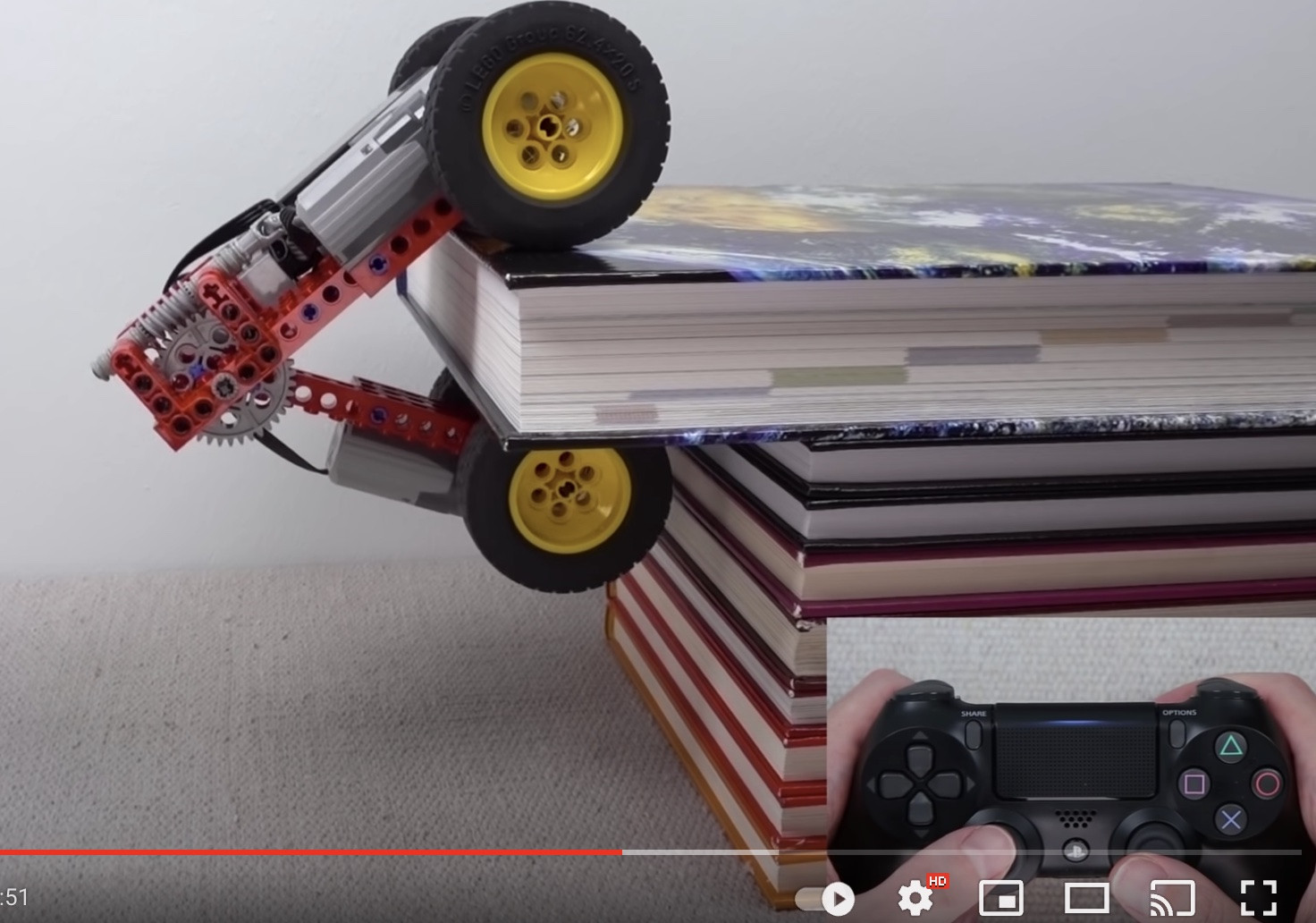 They identify these parts:

But where do I get the rest? Their channel recommends BrickLink, but that mostly seems to be individual pieces and vintage bits of Lego (unless I'm using it all wrong?)

Is there a low-cost way to buy most of the things shown here? Should I buy a kilogram of used Technic elements on eBay and hope for the best?
Which motors, gearing systems, and batteries are they using here? How are they connected to the SBrick? Is there a single kit that gets me 90% of the way there?

There are several ways you can start with LEGO Technic.

If you have no elements whatsoever the best (cost-efficient) approach is to buy a set that contains most of the parts. Or a couple of sets. Bulk lots could also be useful, however, they may not contain the most expensive elements (like motors). Specific elements could be acquired from Bricklink or BrickOwl.

It is also cost-efficient to buy sets that contain electronic elements already since these are usually more expensive when bought individually.

Which motors, gearing systems, and batteries are they using here?

Gears - multiple have been used in a video. You can find all of them in the Technic, Gear section. These are used in the pictured model:

Please be advised both motors and battery boxes belong to the Power Functions system which has been recently discontinued by LEGO.

How are they connected to the SBrick?

SBrick is a controller and has connections compatible with the ones used by the Power Functions system. Each motor has a cable with a connector, so no extra cables are needed here.

Is there a single kit that gets me 90% of the way there?

The Pictured model doesn't use a huge bunch of elements, so it is rather hard to define what 90% is. Personally, I would probably look for some used sets with motors and battery box. And acquire the rest from Bricklink.

Not the answer you're looking for? Browse other questions tagged technic shopping power-functions robotic or ask your own question.

22
How can I build a functional gearbox?
11
Good LEGO CAD Design Software with Technic elements and animation
10
Homemade methods for interfacing a Servo with LEGO bricks
13
How to start with technic?
5
How to build a car that stops at a certain distance?
10
Is there any way to buy specific duplo blocks from Lego (pick-a-brick style and/or in bulk)?
1
Advanced coloured lines following robot
4
How do people build large collections of bricks?
2
What are the arguments for and against an adult tackling a complex LEGO Technic kit as their first (and possibly only) build?
3
Gearing problem