What is a Planetary Decoder? What does it decode? How does it work?

In White it appears in two Exploriens sets

Question: What is a Planetary Decoder? What does it decode? In association with what planets might it be used? And if possible what kinds of signals does it receive and how does it work?

Having just written an answer about optical communications in space the title of the set really piqued my interest!

According to various lego catalogs of 1996 (the set's release year), it's referring to the main play feature of the set :

The two transparent red and blue dishes at the front of the craft can be used to reveal different designs on two included tiles :

One such catalog (1996 Holiday US Shop At Home) gives some more background information : 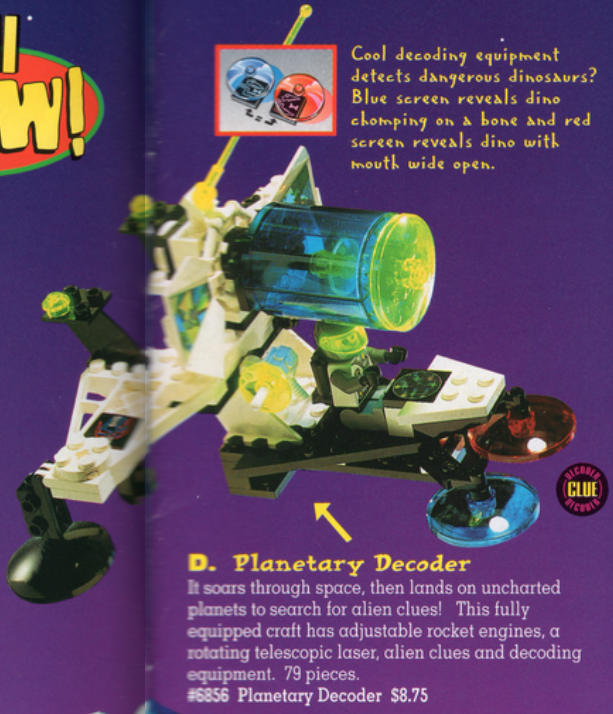 It soars through space, then lands on uncharted planets to search for alien clues! This fully equipped craft has adjustable rocket engines, a rotating telescopic laser, alien clues and decoding equipment. 79 pieces.

For some more lore on the Exploriens range of sets, the Bricks 'n Pieces March 1996 issue dedicates some pages to it eg.

Not the answer you're looking for? Browse other questions tagged terminology space model-identification or ask your own question.

6
Classic Space part? near-triangle with 2x6 on one end and 1x2 on the other and a lot of empty space between