How can I get my motor to line up with a linear actuator?

I am very new to Lego, and I want to create a simple horizontal sliding door. I'm using a medium linear motor to drive a linear actuator which is attached to the door. The problem is the motor does not line up with the linear actuator.

How can I fix this? 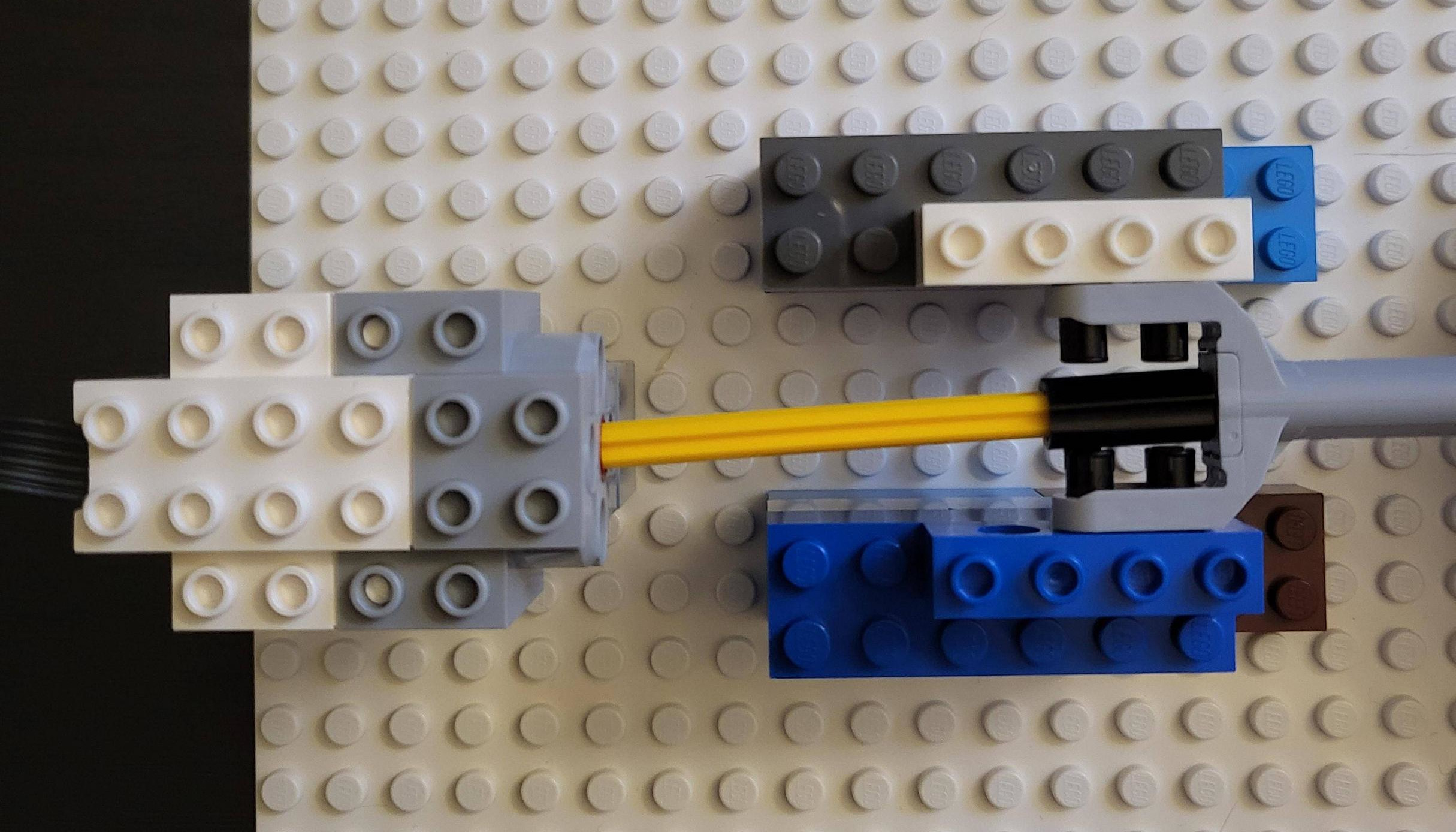 The technique of offsetting bricks by half a stud is known as AZMEP (from the german "aus zwei mach eins Plättchen", meaning offset of half a stud), which is a specific case of the SNIR (Studs Not In a Row) technique.

As it has been already pointed out, one way of doing AZMEP is using part 3794, Plate, Modified 1 x 2 with 1 Stud, Jumper AKA "jumper plate". You can just pop a few of these underneath your motor: 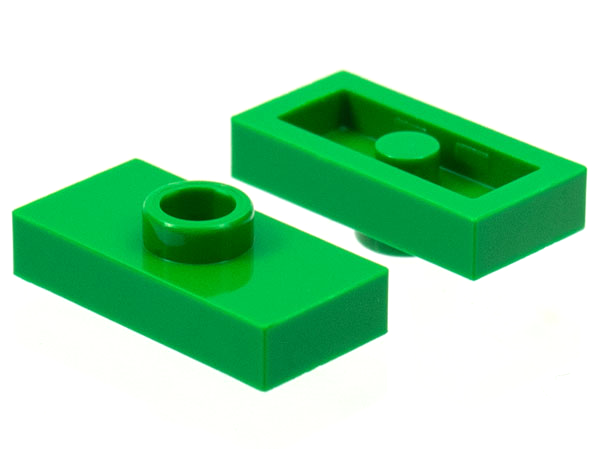 The Unnoficial LEGO Advanced Building Techniques Guide (oldie but goodie, available in gratis PDF) lists a number of other bricks that can be used for the AZMEP technique, e.g.:

I'd suggest trying out a liberal application of 1x1 round plates on the underside of the motor, clip each round plate to the space between 4 studs on the baseplate: 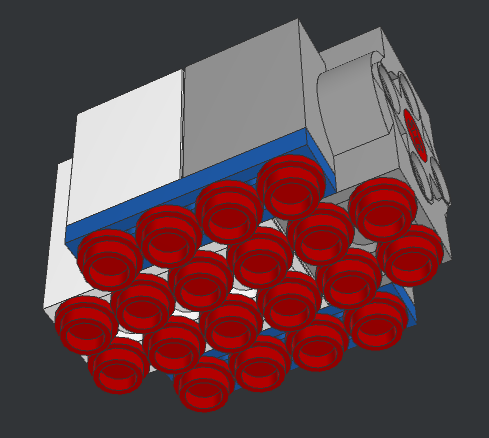 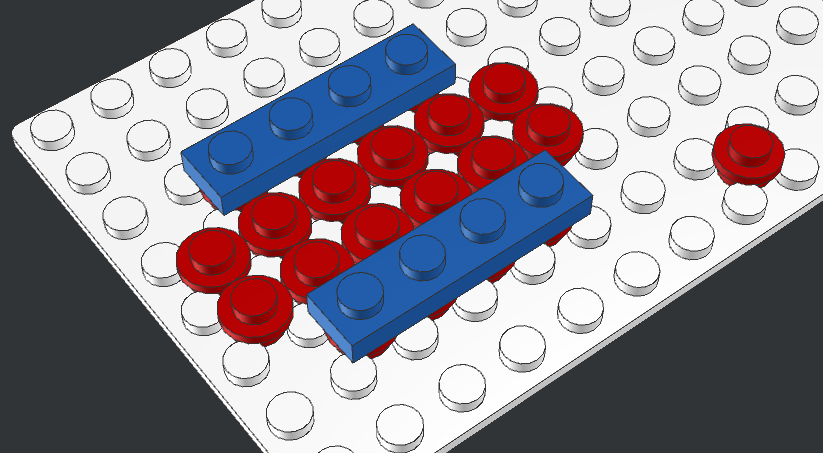 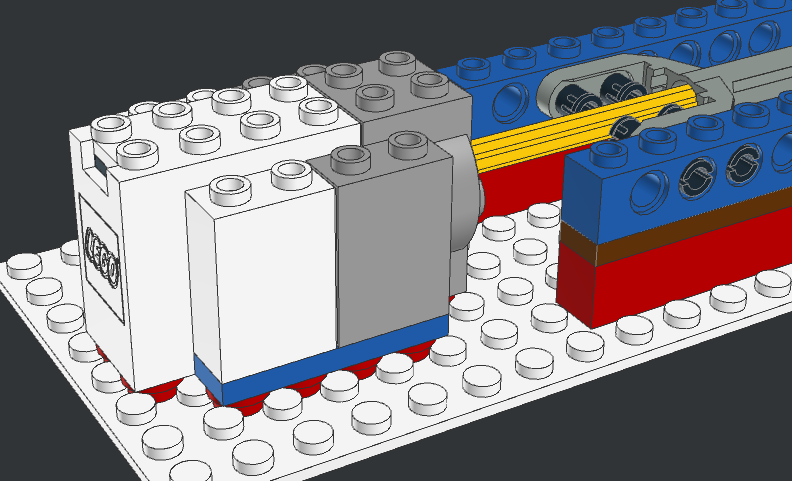 As Sander has pointed out, you can also use technic bushes to offset things alongside axles by half a stud. In your particular assembly, this can be useful to effectively widen the linear actuator from 3 studs to 4 studs.

I suggest the usage of 2L axle + pin plus technic bushes: 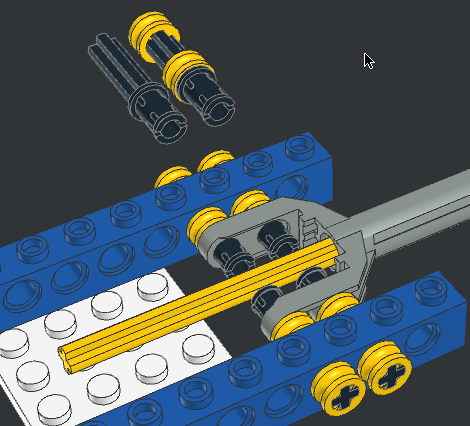 If you're short on parts, you can also consider using 2L technic pins under tension: 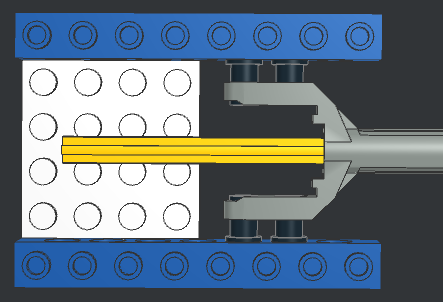 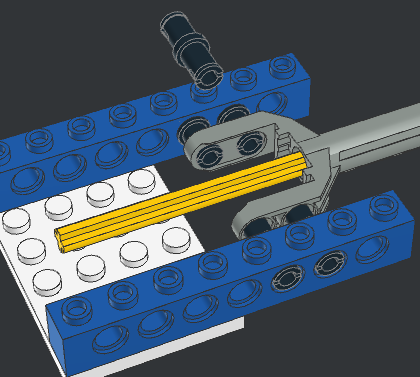 ...but be aware that this assembly is way flimsier, and the pins will wobble around. You'll need to provide extra support to the technic 1x4 bricks (blue 1x8 in my diagram). In other words: add 6-stud wide bricks or plates to both the top and the bottom of those.

Another option is to use thin liftarms to fill that half-a-stud gap: 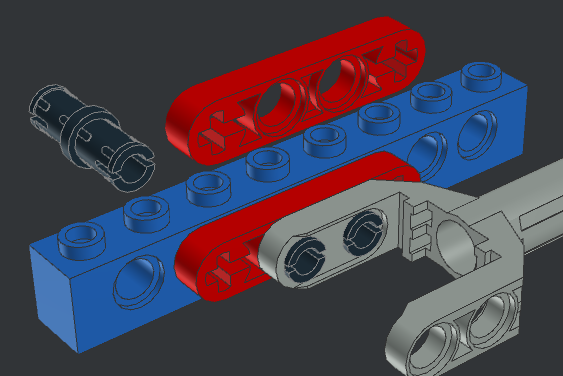 Finally, another solution is to forego the baseplate entirely and use an assembly attached to the motor's pin holes. Note how the motor pinholes are 3-stud wide, which are offset half a stud relative to the motor's 4-stud wide body. 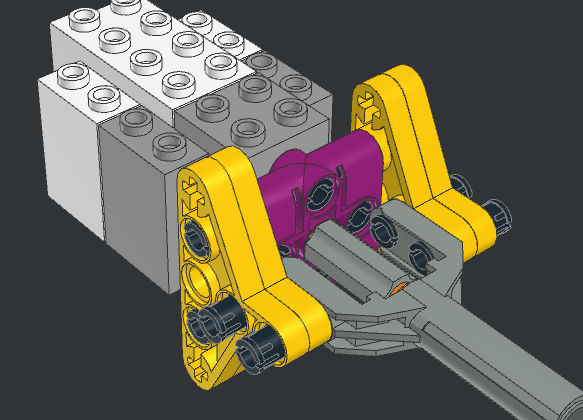 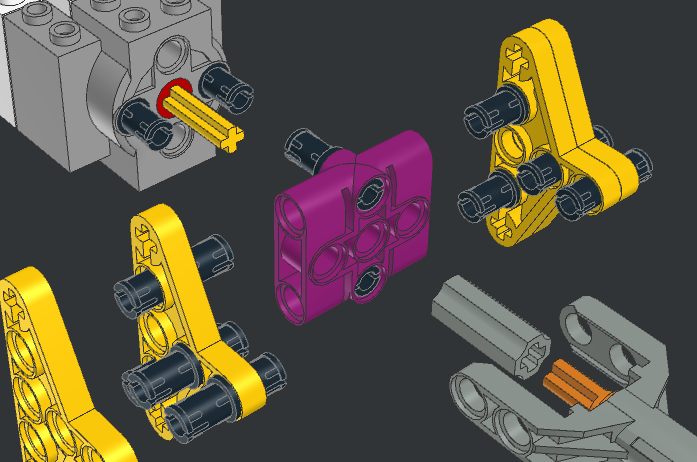 I think the most compact solution possible needs a 92907 Technic, Axle and Pin Connector Perpendicular Split: 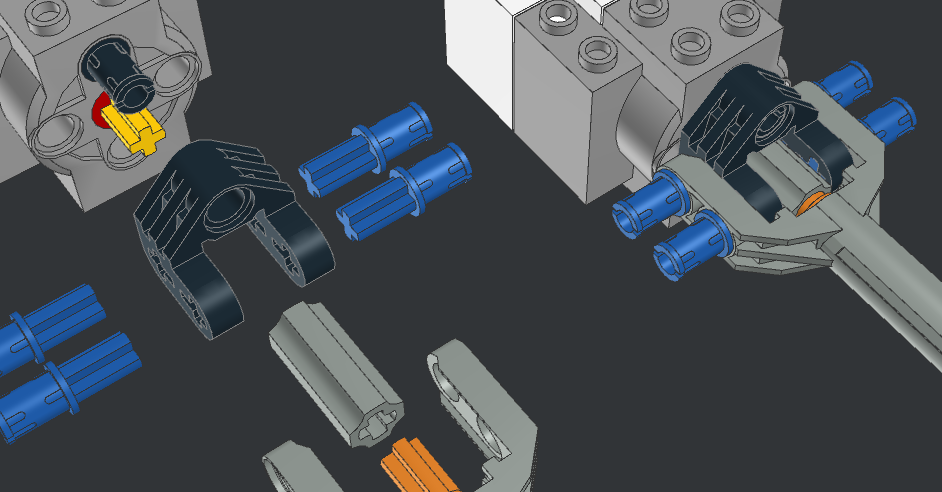 An alternative is to shift the linear actuator by half a stud using eg. a Technic Bush 1/2 Smooth or Technic, Liftarm Thin 1 x 2 - Axle Holes (or any other thin liftarm) as spacer on both sides to control the horizontal alignment, and use plates to control the vertical alignment.

You can do this by utilising some Technic pieces - CV or U joints. Each solution requires two of each element. 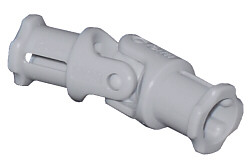 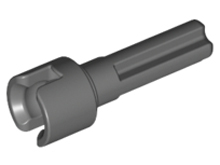 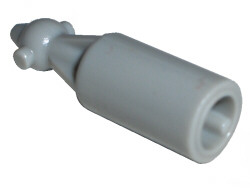 To solve this, you need jumper plates to line up

Not the answer you're looking for? Browse other questions tagged technic building motor or ask your own question.

17
What does SNIR stand for?

5
How can I attach a Technic Linear Actuator to a EV3 Medium Motor?
7
Building a 45 degree brace
6
Will playing with a 12V train motor by hand damage it?
6
What is wrong with a Lego pneumatics system that won't go?
4
Drive motor via Power Functions IR with own power source
7
Can I still motorize Universal Building Set 8034 and other from that time with modern elements?
2
How do I run the LEGO Technic V6 engine using a Lego electric motor?
2
Looking for a way to connect SG90 servo motor to Lego Technic hole in a brick, in order to control Lego train tack switch
8
Minimal mine track