How does the button on the Poltergust work? 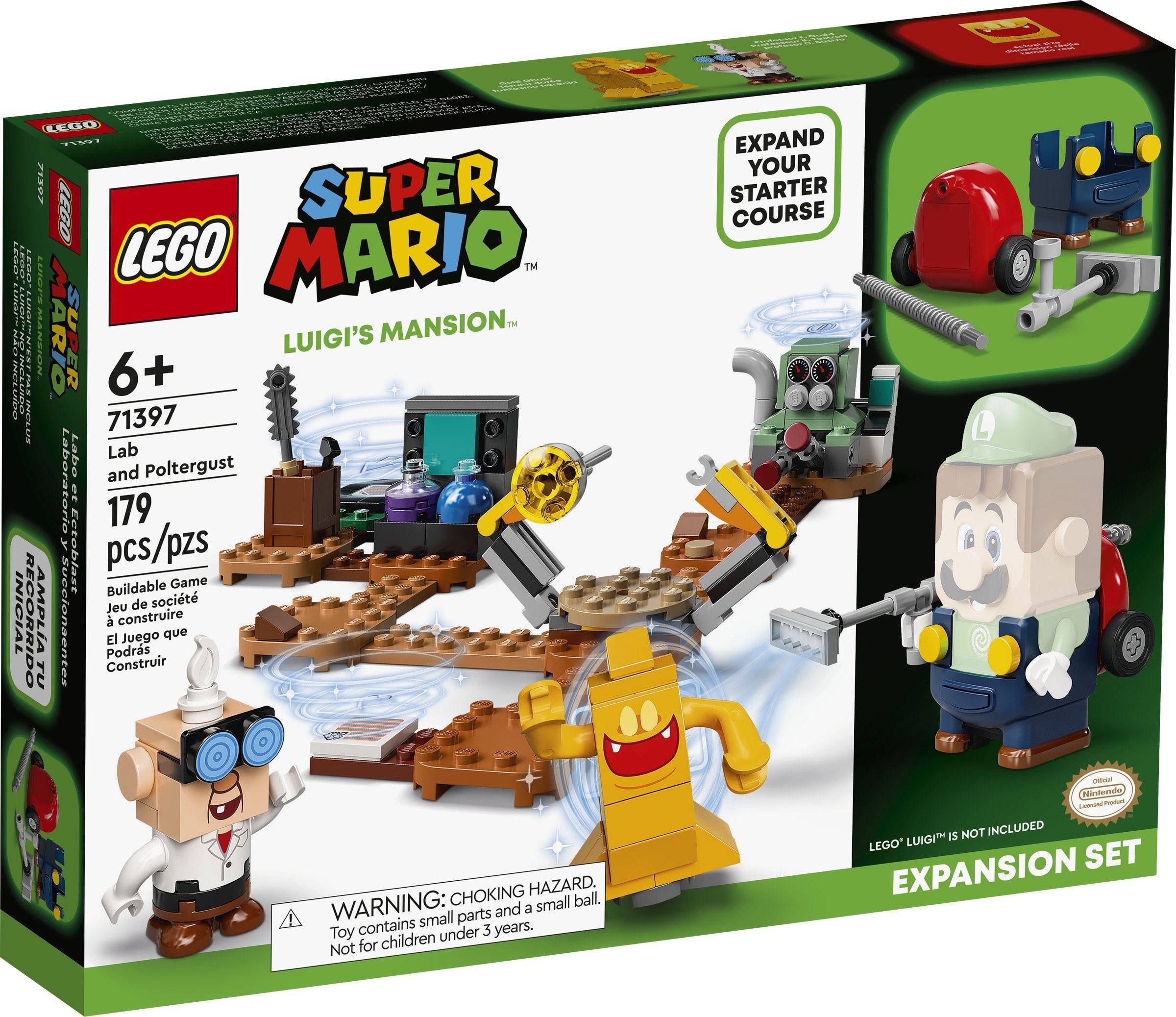 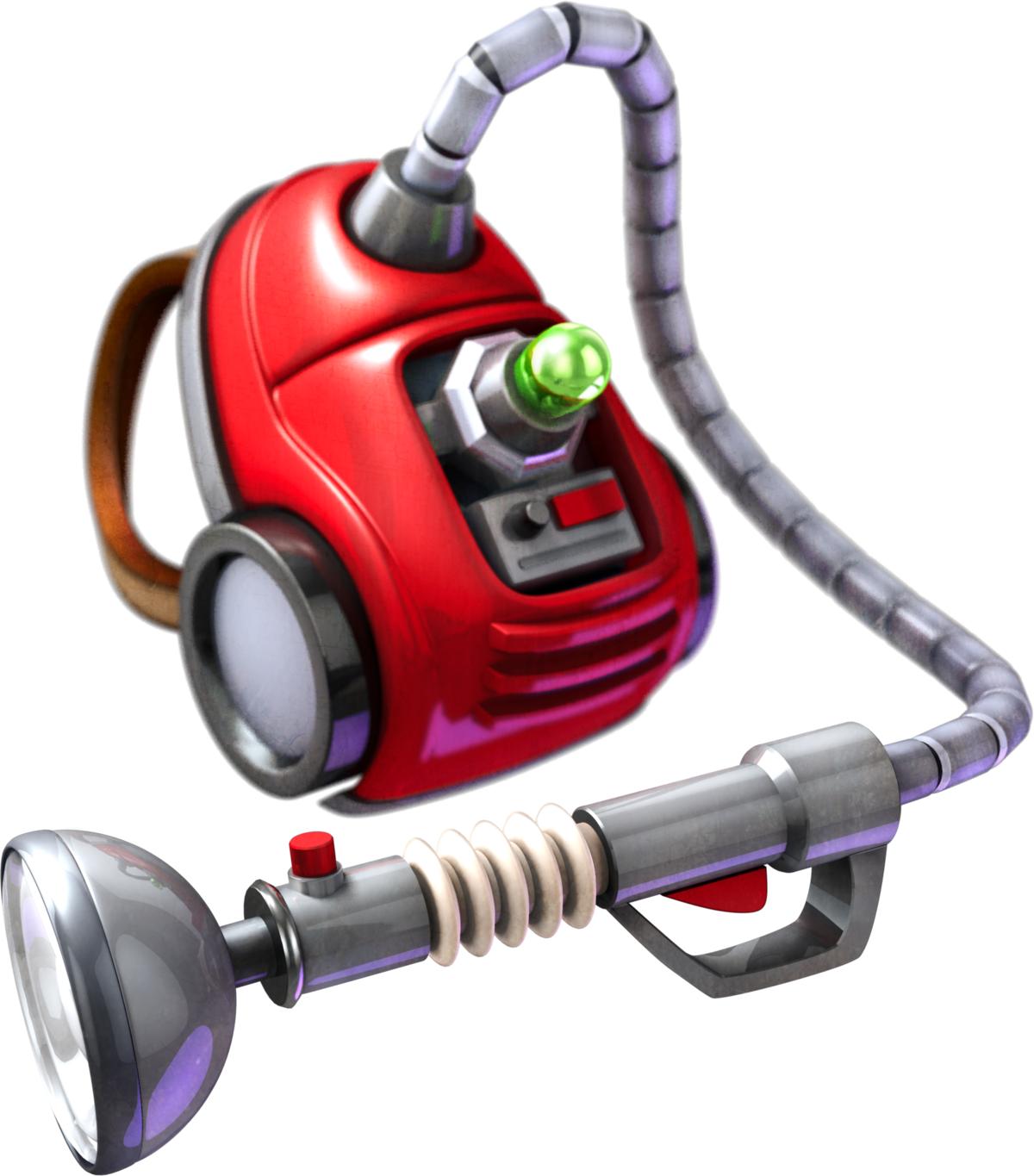 The basic idea of the in-game item is that it can reveal, suck, and blow enemies. It has a similar play feature shown on the back of the box: 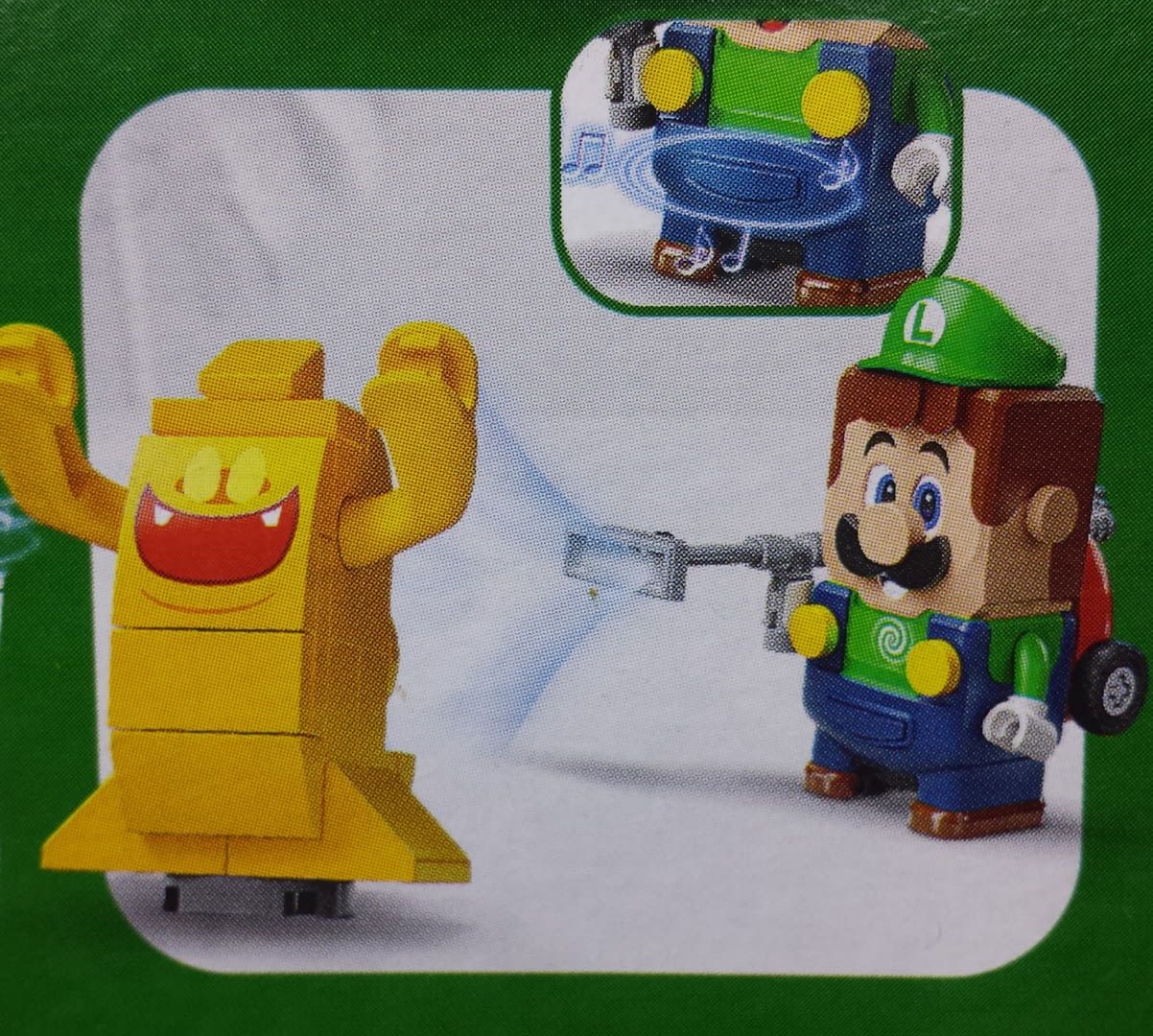 It's worth noting that the backpack, vacuum, and flashlight are all non-functional. Once the Poltergust is activated, Luigi is able to jump on the yellow ghost. Without this mode activated, he would be scared of the ghost.

Activating this feature requires the user to press a button on the Poltergust pants element. How is this implemented?

The Mario power-ups are detected using a combination of raised areas that interact with six switches on Mario or Luigi's torso: 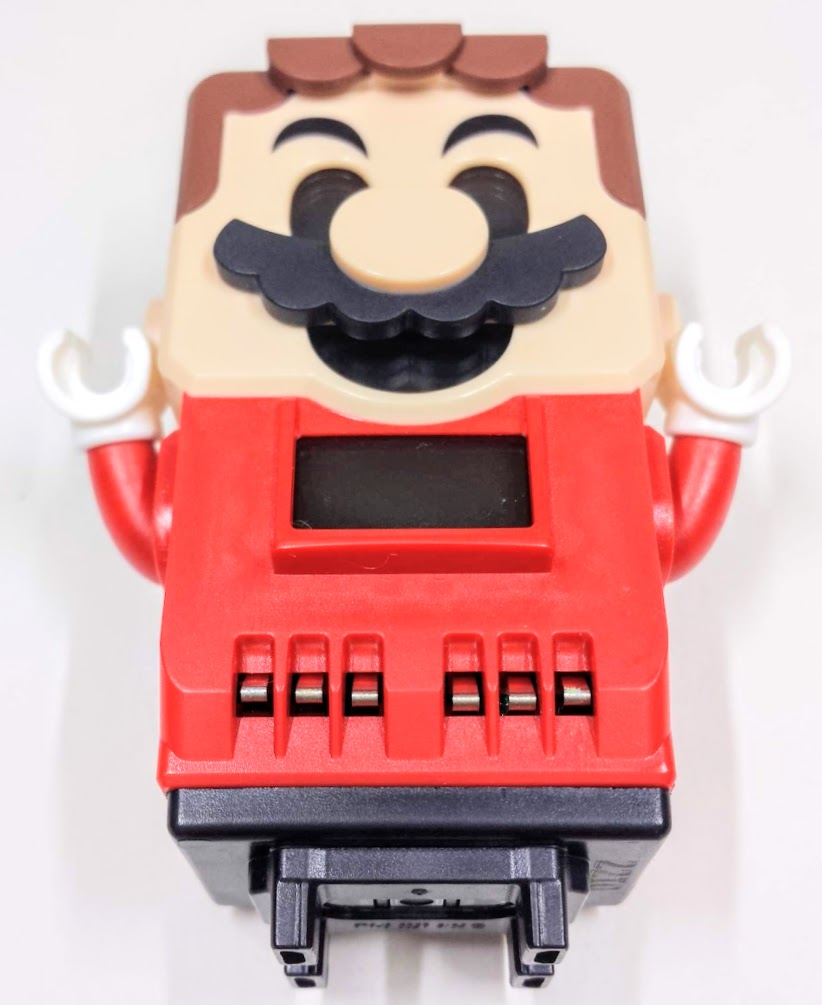 The power-up suit that comes with the Poltergust set looks very similar to the others with the exception of a button that has been added to the front and 4 studs on the back for the backpack to attach to. 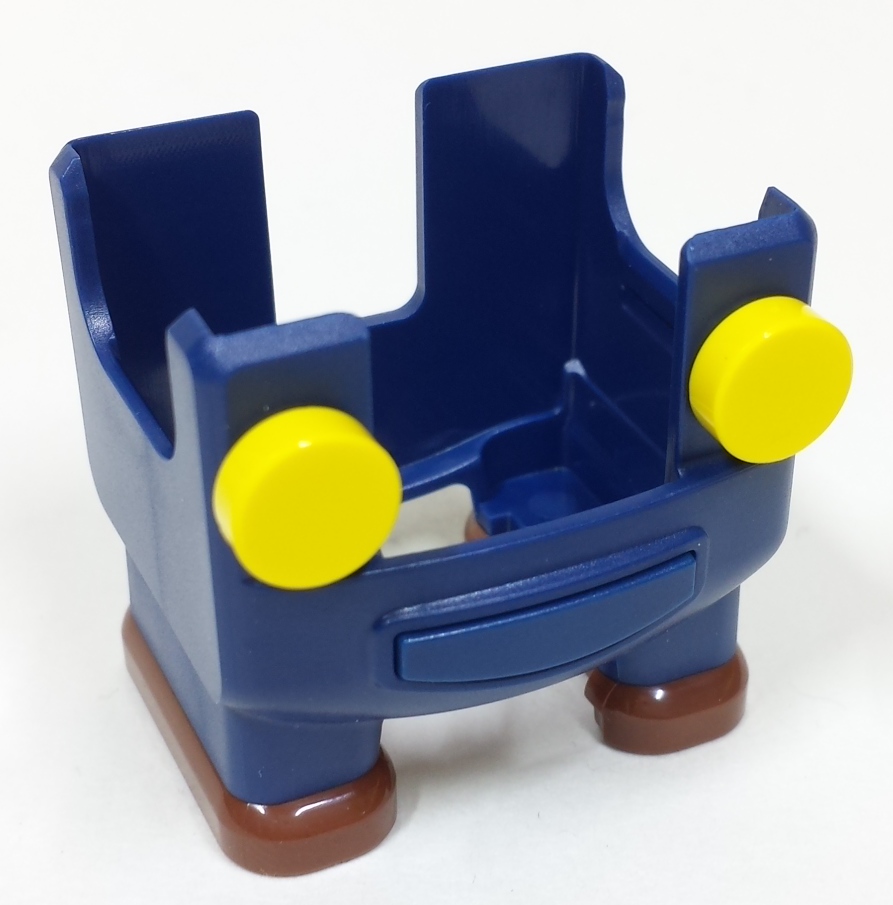 On the interior of the pants, we can see that in place of fixed ridges to detect the suit there are now a pair of raised areas that move with the press of the button: 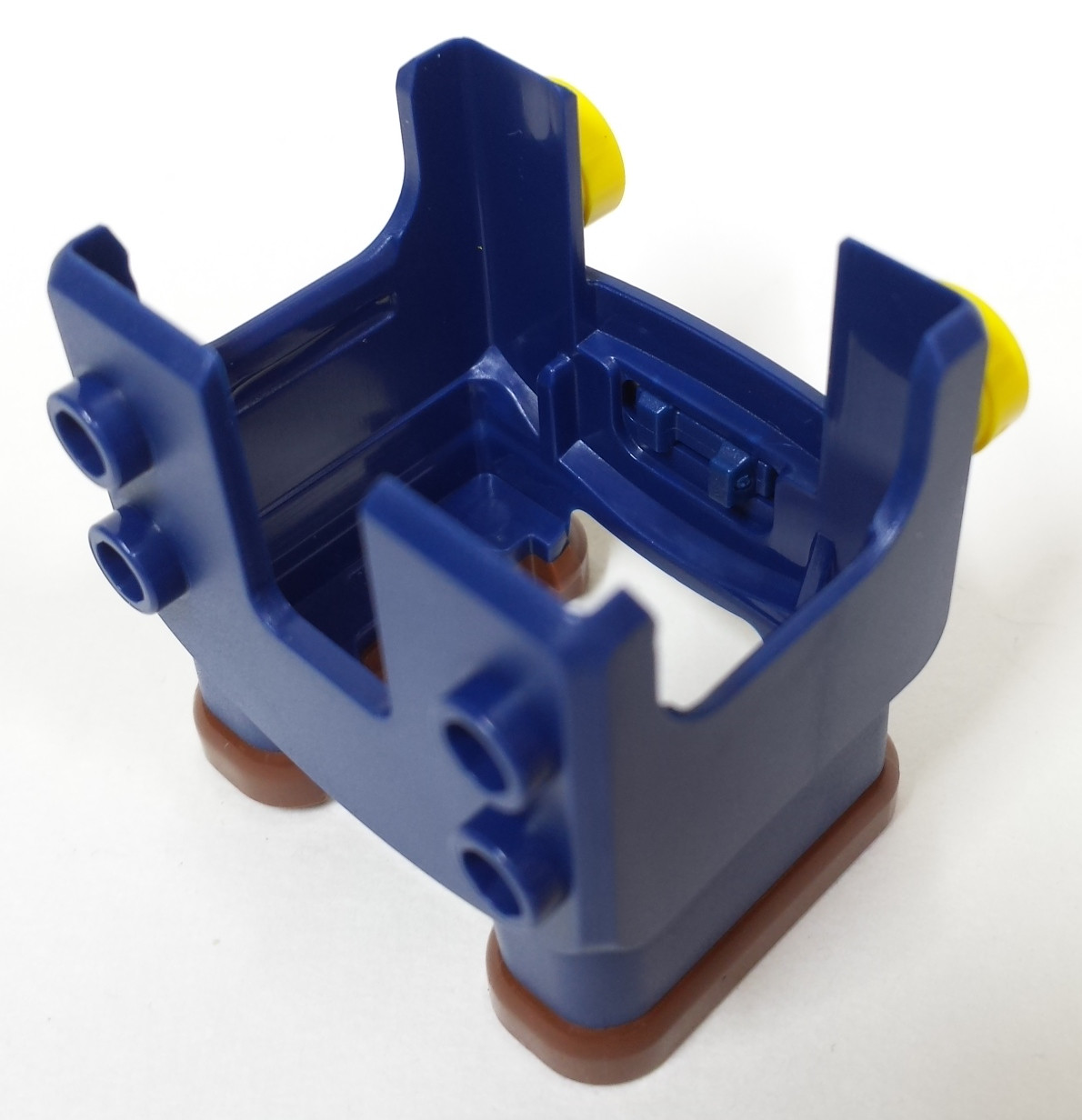 The power up is detected by the presence of the higher of the two ridges. When the button is pressed, the lower ridge contacts its switch and the Poltergust suction mode is activated.

I found this to be a clever way to extend the functionality of Mario and/or Luigi and helps to explain why a total of 6 switches were included when this seemed a bit excessive in the first wave of sets.

27
How does the LEGO Super Mario figure know which power up is attached?

27
How does the LEGO Super Mario figure know which power up is attached?
4
Does the Mario Starter Course require a smart device?