I have bought this model as is without building instructions. So I don't know if this is an original model or a fantasy car. I'm interested whether this is a original LEGO model, which one it is and if there are instructions available to rebuild it / let my son rebuild it. 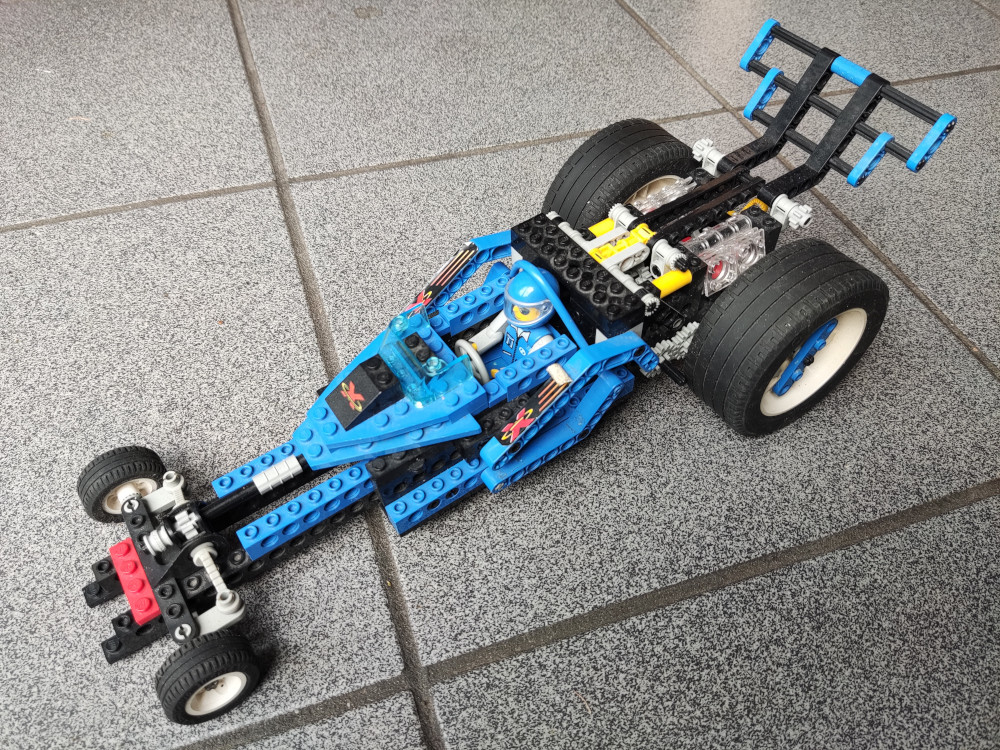 I suppose it is older as there is a big figure in it (bigger than a minifig), with bendable arms.
special bricks: the motor parts are translucent 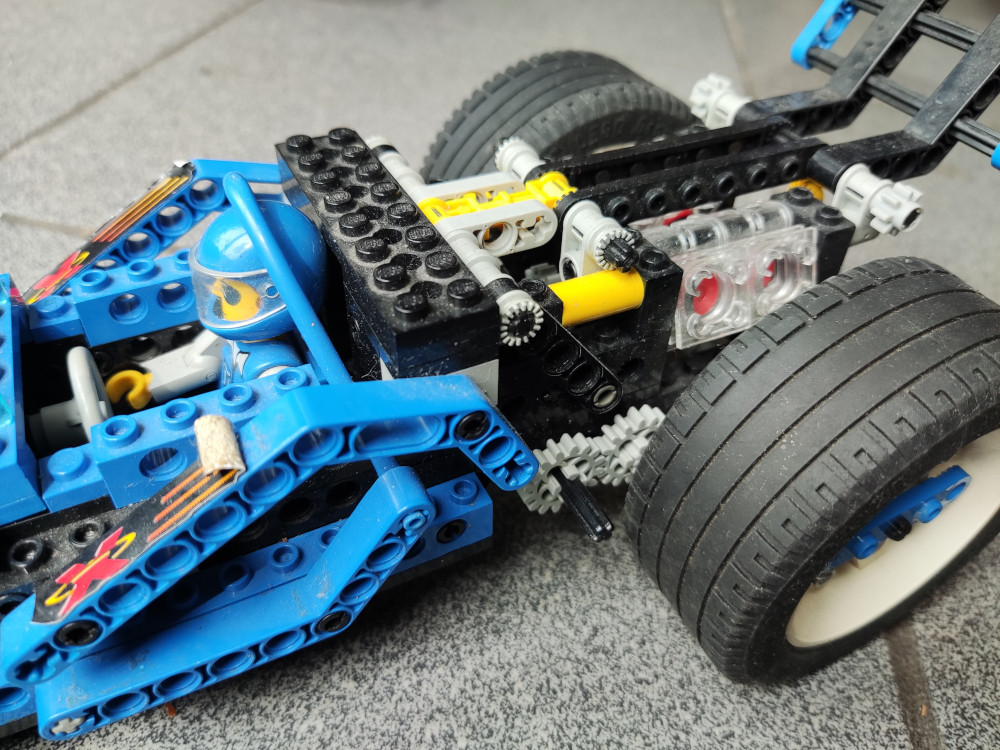 Inclined to think this is someone's own creation rather than an original LEGO Model.

First hint, I could identify the 2x3 slope with the X on bricklink here: https://www.bricklink.com/v2/catalog/catalogitem.page?P=3298pb016

And this element only seems to be available only in 3 sets, none of which are a blue dragster or even Technic sets for that matter.

Also, the sticker with the red X and the three lines is part 6567stk01 which only appears in one set, and should be applied on a 1x6 black brick, not on blue technic liftarm.

Likewise, searching for motor blocks (both types) in sets in trans-clear color also doesn't turn up anything.

There's also quite a bit of a mismatch between the elements in the model... studded Technic, non-studded technic, city elements, old tires, new tires,...

Also, the quality of the build and aesthetics are not up to the level of an actual Lego model in my opinion...

Not the answer you're looking for? Browse other questions tagged set-identification instructions or ask your own question.