Which original LEGO videogames had sets based on them?

Which original LEGO videogames have related sets that were either included with the game or were introduced alongside it?

For this question I will be listing all original LEGO games that were not based on an existing franchise or theme. This means games like LEGO Loco and Rock Raiders are included, but Bionicle and LEGO Marvel Super Heroes aren't. As it turns out, only nine games had original sets or themes.

I've assembled this list by going through every LEGO game, and then comparing that against the sets released in the same year the game was released.

All images link to their respective bricklink pages.

If I miss something, feel free to correct me.

The US release included polybag set 2181 with a minifig of Infomaniac, the character that helps the player through the game. 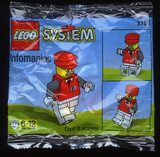 Certain versions of the original release include set 2585: "Track Buggy with Station Master and Cool Kid". Both minifigs are characters in the game.

This game included set 2586: "The Crazy LEGO King". Interestingly enough, it took LEGO another seven years to release their first full chess set, set 851499, but they never released a board featuring any of the characters from the videogame.

LEGO Rock Raiders introduced the Rock Raiders theme which ran from June 1999 to December 2000. It had a total of sixteen sets.

Several sets came out featuring Stunt Rally characters and cars, but for some reason LEGO called the theme just "Race". The later Racers theme also had a few sets that featured minifigs from Stunt Rally.

The PC release of Island 2 included set 3925; a keychain of the brickster.

The release of Racers 2 kicked off the Racers theme that ran from 2001 all the way to 2012. The first subtheme of Racers was Xalax, which were featured in the videogame.

Island Xtreme Stunts had its own theme with a total of 13 sets. Several of the sets feature Pepper and the Brickster, which both also appeared in Island 1 & 2.

While based on the city theme, set 60007 "High Speed Chase" was released after the game and features the game's main character; Chase McCain. 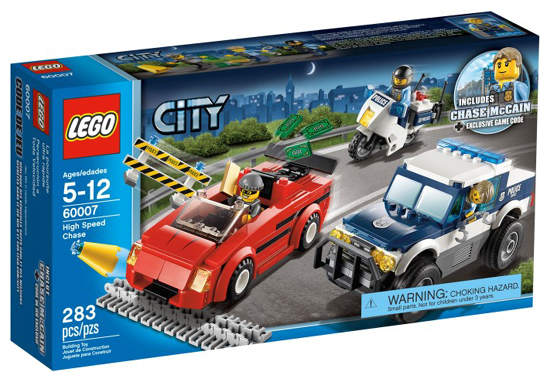 8
Which computer games came in jewel cases with LEGO studs?
11
Which buildings in the LEGO Island video game were based on real-world sets?
3
Were there any non "misson-x" sets from the LEGO Alpha Team Range (as in with the PC Game)?
11
World Builder Game Units
3
Which buildings in LEGO Island 2: The Brickster's Revenge were based on real-world sets?
5
Recreating minifig scale Junkbot
22
Can all LEGO Loco characters be recreated in real life?