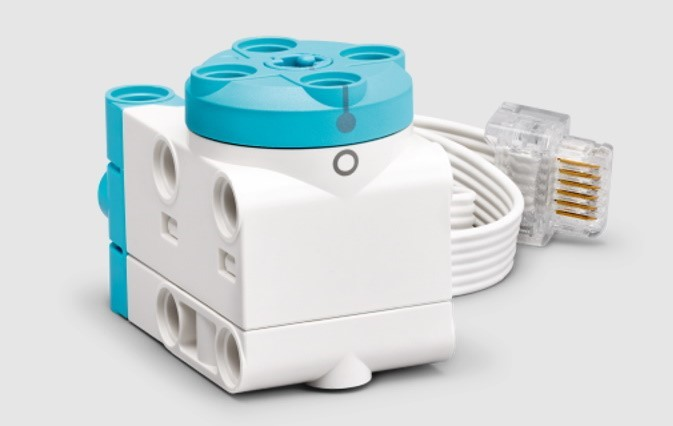 This motor looks very small. What is inside this motor? How does it compare to the other Powered Up motors?

As far as I know, this is the smallest motor LEGO has produced since the micro motor in 1993: 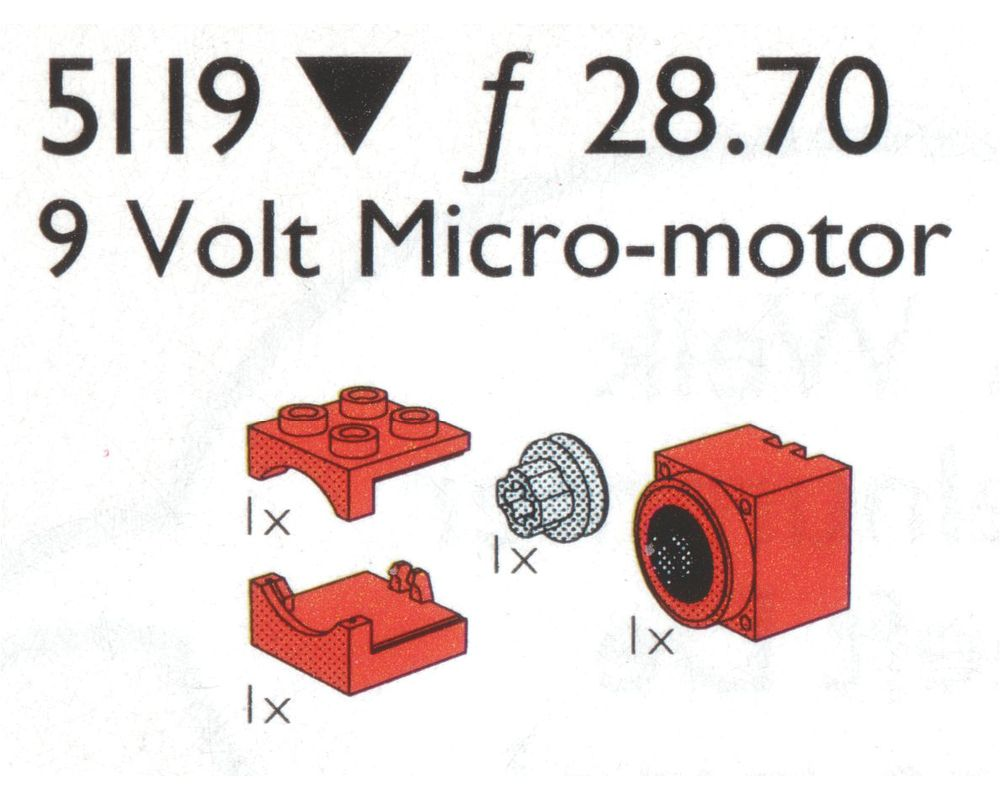 This new angular motor is not quite that small, but it is smaller than every other motor currently in production. Here's how it looks on the outside: 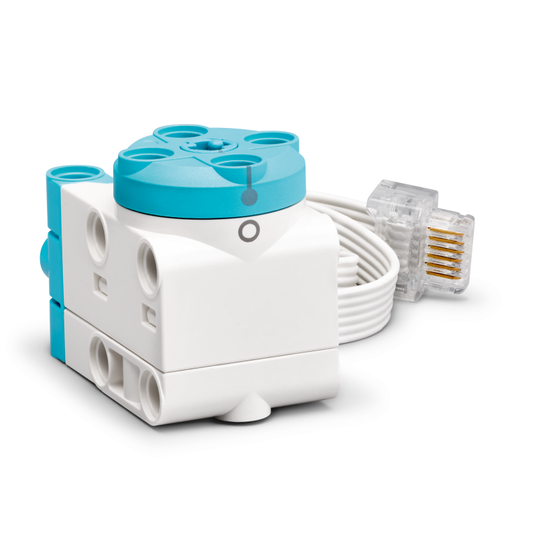 The basic structure is nearly identical to the medium angular motor shown below except that this motor is shorter. The important connections around the drive are identical. Neither motor allows the drive axle to pass through the entire housing. 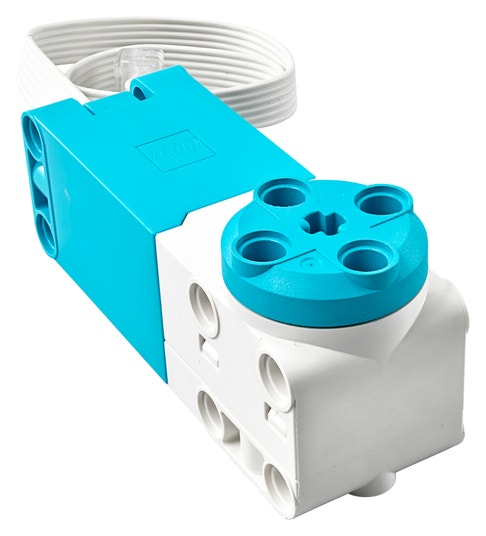 We can pop the back off the motor easily enough by depressing the 4 tabs holding it in place and/or prying the housing out slightly. This reveals the printed circuit board and back for the gearbox: 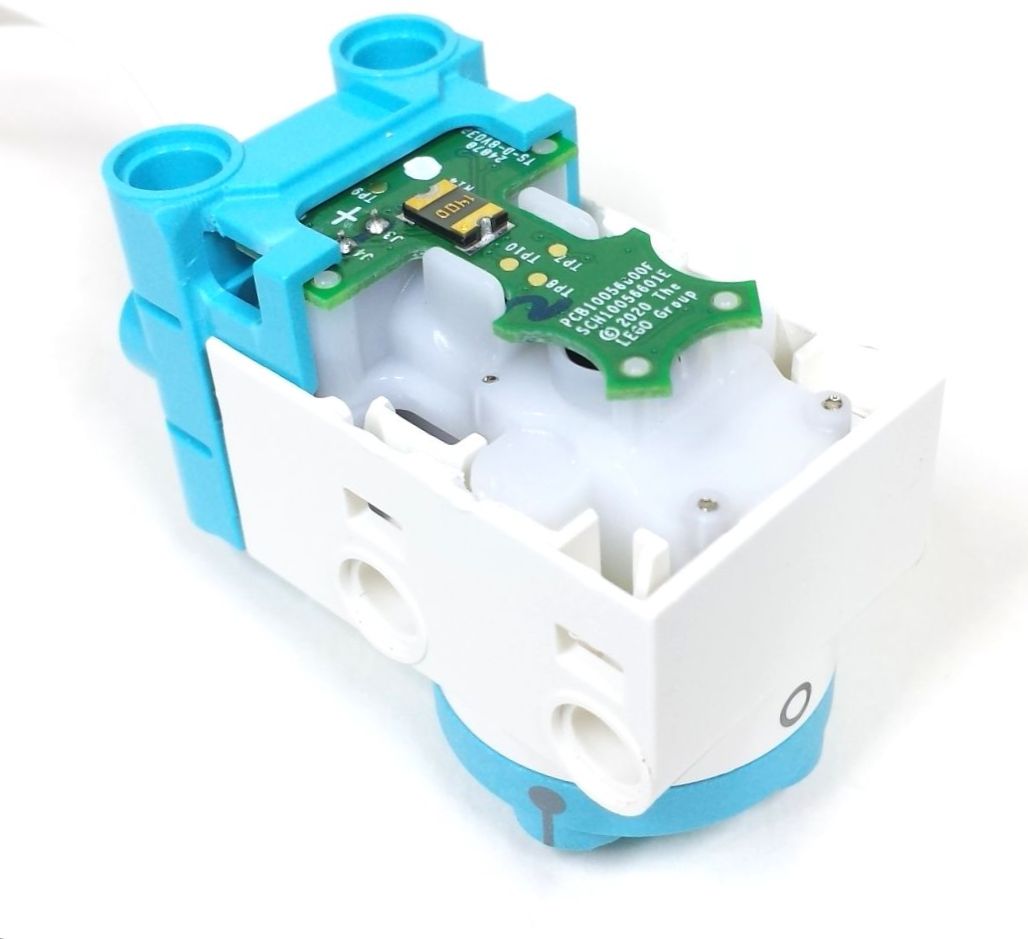 The blue section of the housing is then easily removed: 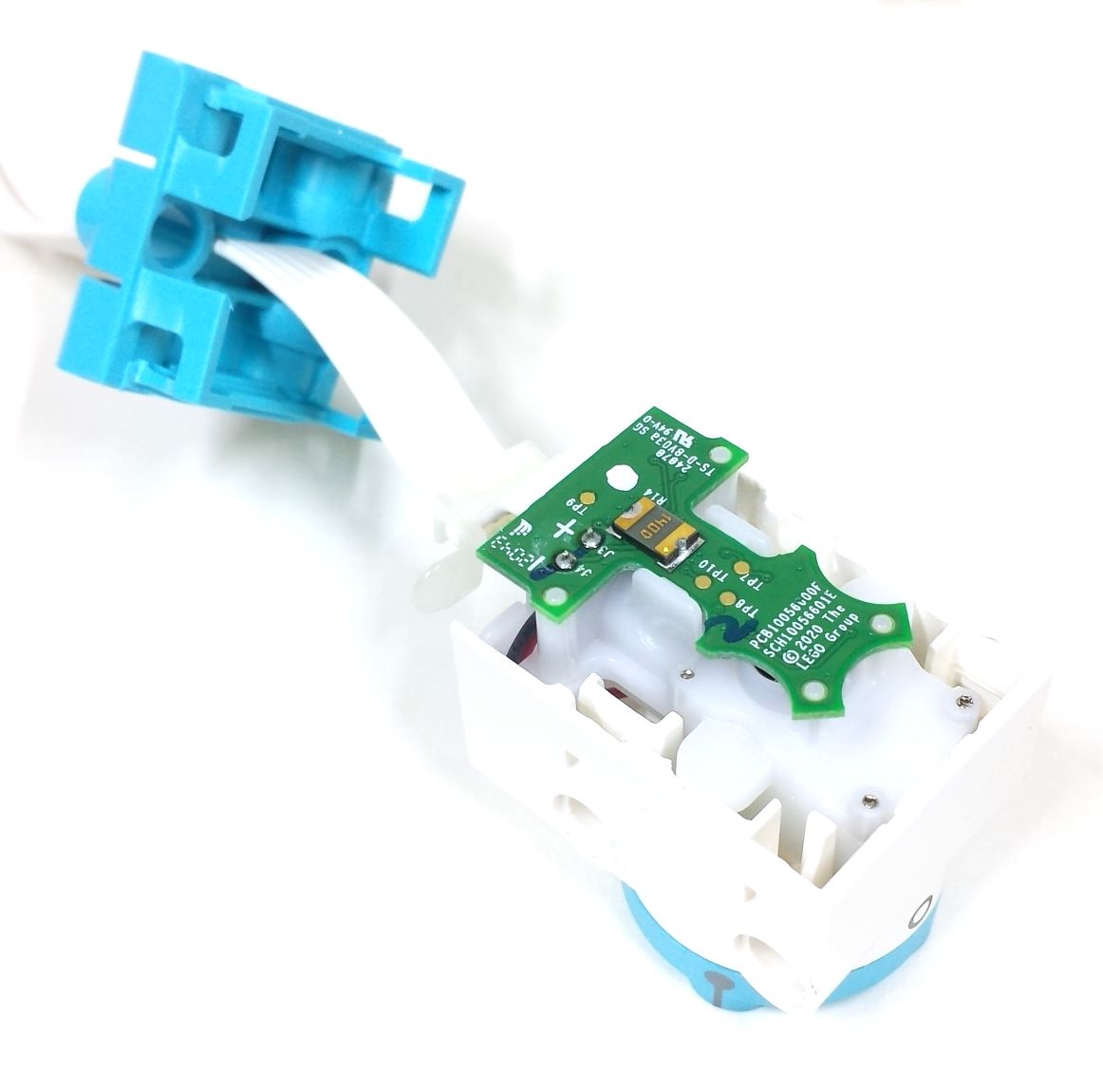 The gearbox can then be removed from the drive shaft and front of the motor to reveal the main drive gear: 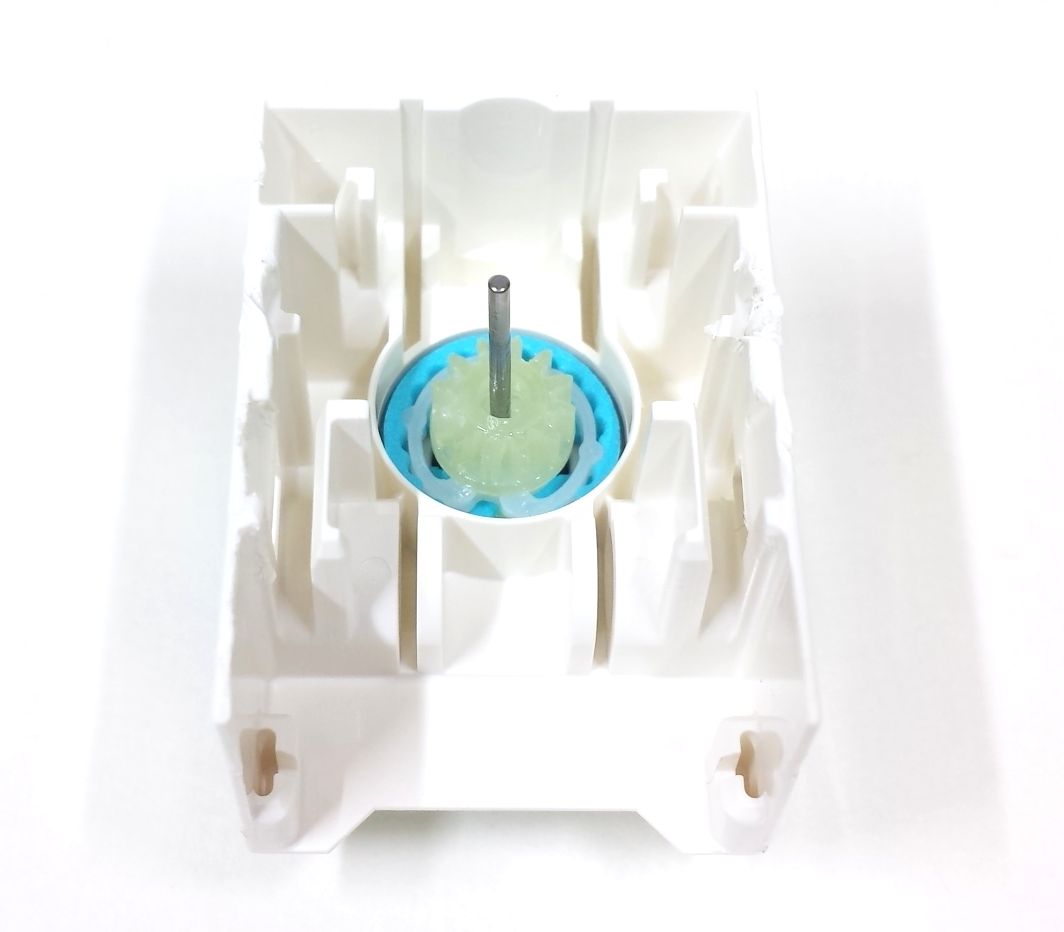 The gear and metallic axle can be easily removed from the housing. The gear provides the main connection for the drive, while the metallic axle is used to transfer rotation through the gearbox to the magnet located on the other side. 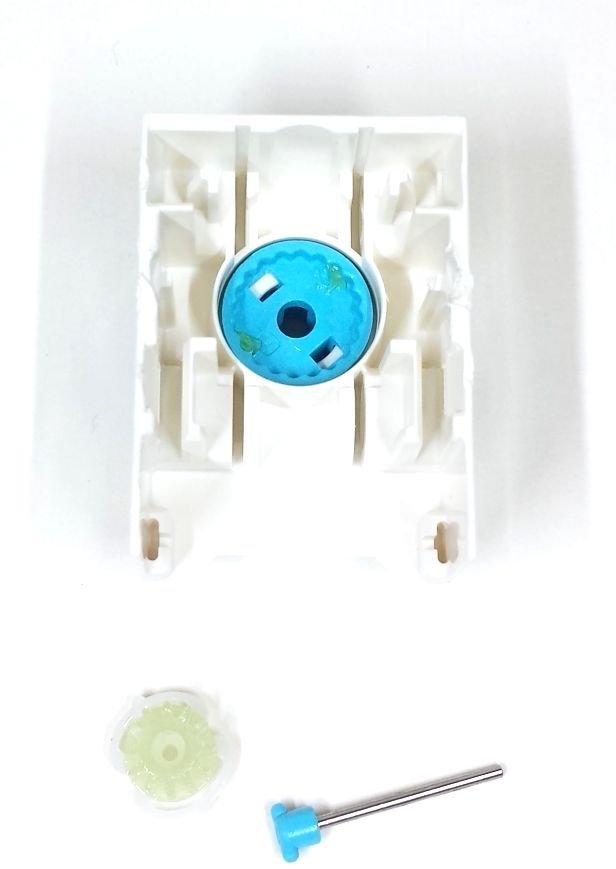 Now we can return to the gearbox with the PCB attached: 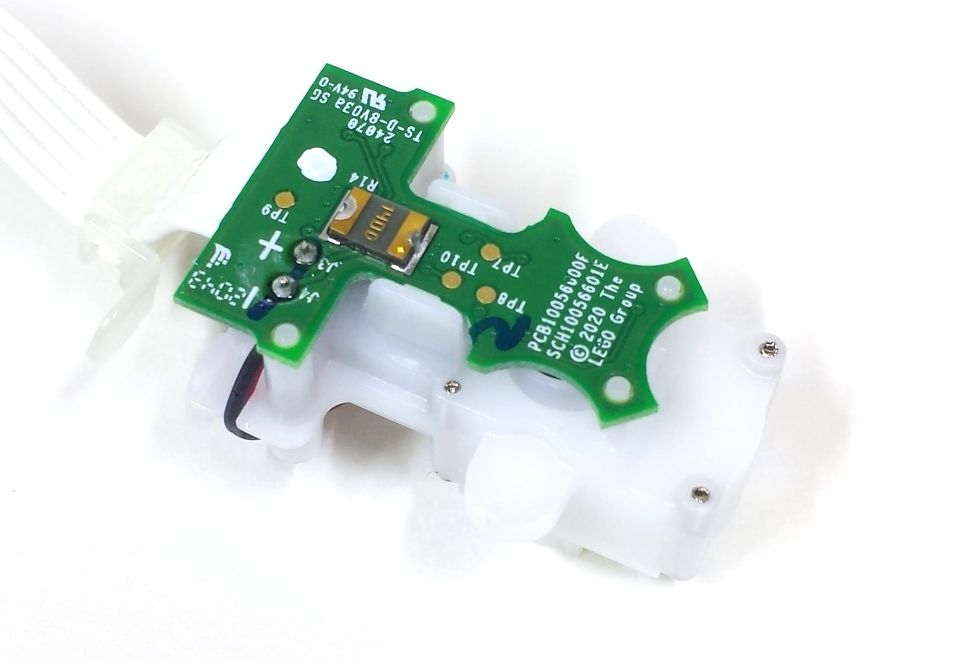 The PCB can be gently popped off of the gearbox: 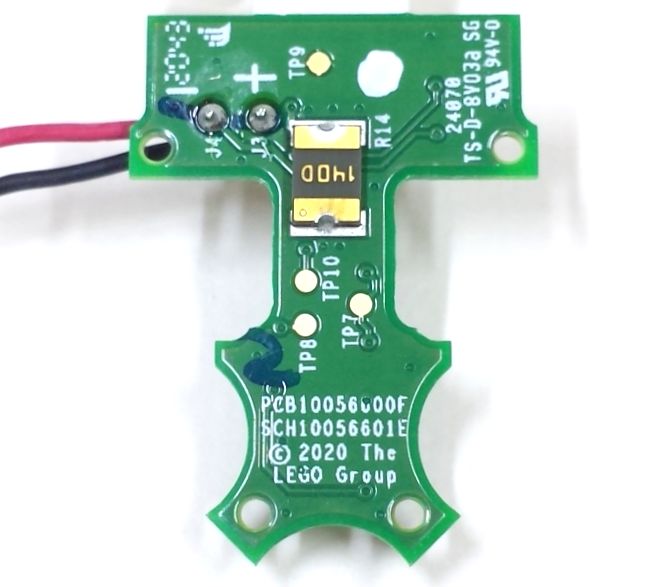 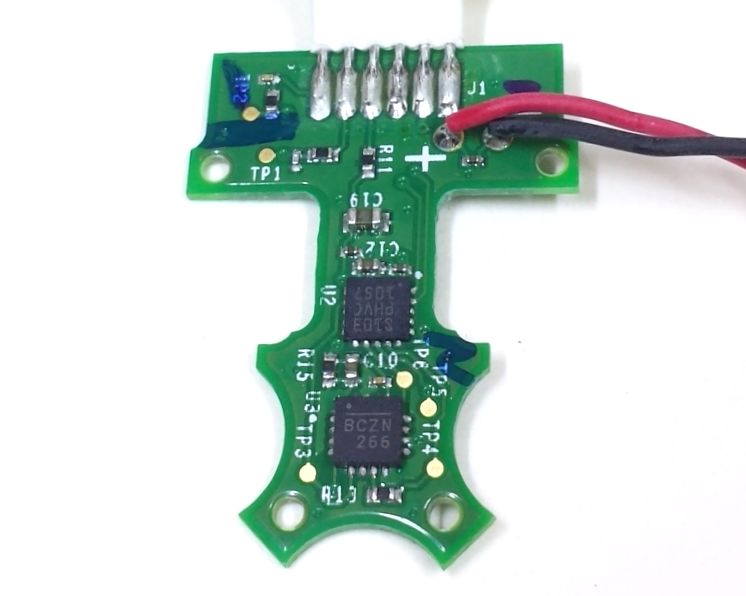 The electronics are very similar to those found in other Powered Up motors that include rotation sensing. There is a motor driver, controller, and Hall effect sensor included to monitor the drive angle.

We can remove 6 screws from the gearbox, remove the cover, and put the gears all back where they belong to see how the magnet on the top of the gearbox connects in order to interact with the electronics and act as a rotation sensor.

Note that this motor and gearbox are much smaller than those included in other common LEGO motors. I've included a 1x1 round plate for scale. 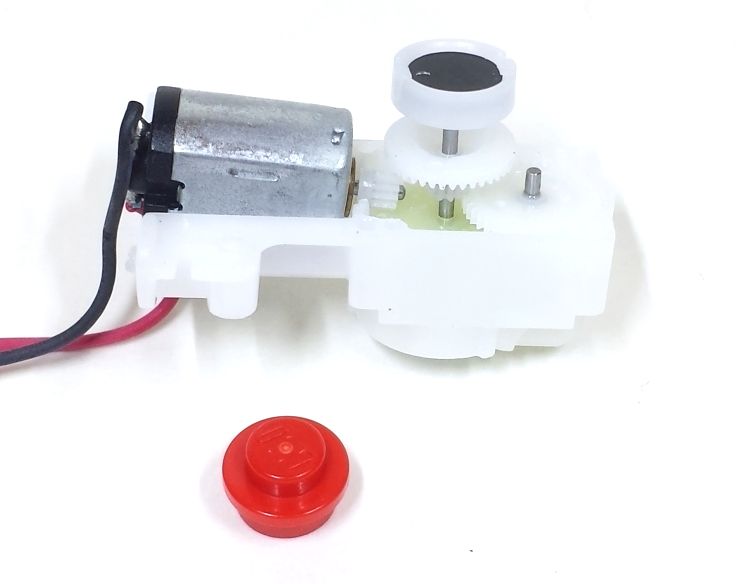 Four gears can be removed from the gearbox to reveal a significant gear reduction: 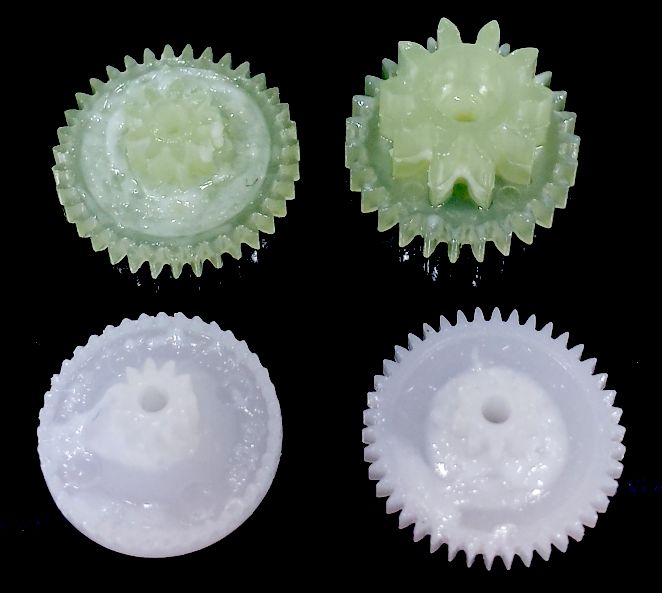 The DC motor can also be removed easily enough in case there is ever a need to repair or replace it: 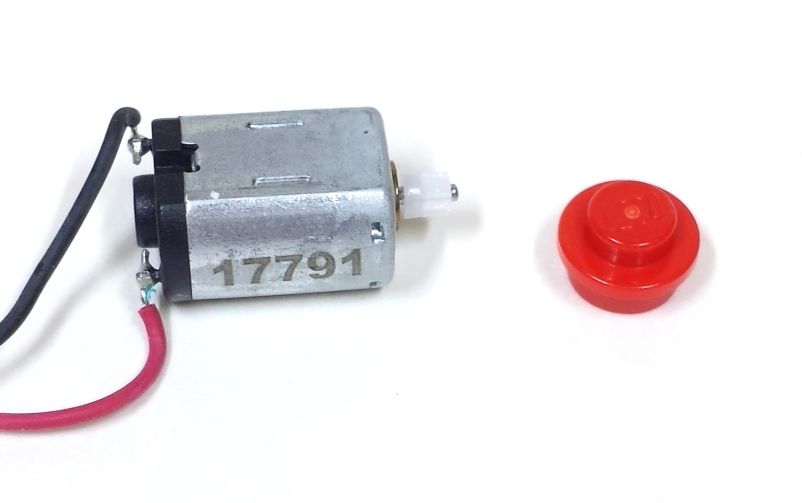 This is much weaker than most other motors. For example, the stall torque of 5 Ncm is much less than the rated 18 Ncm for the medium angular motor.

This isn't the most powerful motor, but it is handy for lighter workloads where space is limited. The inclusion of full rotation control also makes it a good fit for spaces where a servo motor might be useful, such as steering on vehicles.

6
What electronics are inside the SPIKE Prime angular motors?