Plate perpendicular to bottom of 2x2 round: is this connection legal?

I've played enough with 2x2 round plates and 1-stud-wide plates to know that it's possible to attach a plate underneath a 2x2 plate and perpendicular to it, like so: 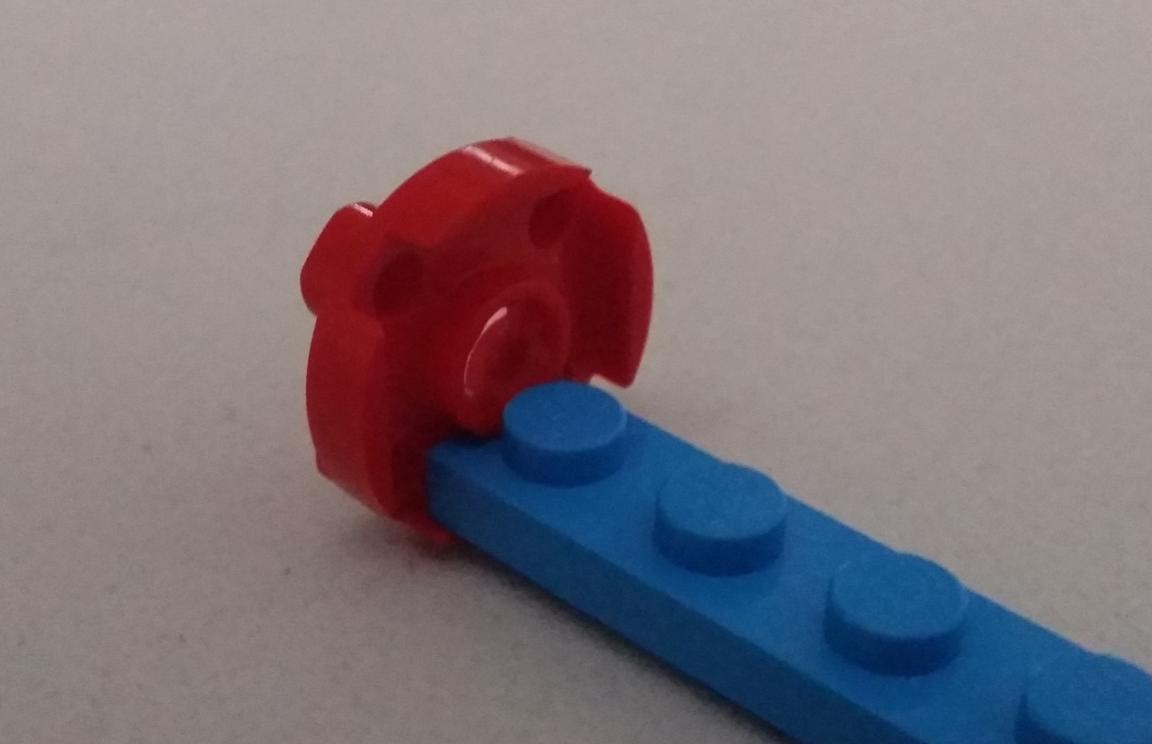 The same connection is possible using 2x2 round bricks instead, or using 1-stud-wide tiles.

An observation: each of the 4 wall sections of a 2x2 round brick/plate can flex slightly. This does not happen with the continuous walls in a square brick/plate.

A word of warning: Do not attempt this technique on part 6143 "2x2 round brick reinforced": it won't work, and you risk denting your plates (as I just did). Do look for a flat wall section at the bottom of the round plate/brick.

Browse other questions tagged building connections or ask your own question.

8
I want to recreate a few things I saw but I don't know what pieces I need. Can you identify these bricks?
4
Plate perpendicular to bottom of square brick/plate: is this connection legal?

15
Brick-built alternative to "Door 2 x 5 x 5 Swivel, Bracket Base"
8
Strongest LEGO structuce - (1) Pillars
5
Strongest LEGO structure - (2) Floor
53
How do I center a 2x2 plate on a 3x3 plate?
12
Technic Pin/Travis Brick Legal Connection?
4
Best Way To Make This 8x8 Grate Plate Flush With The Wall?
9
Is this assembly legal?
0
Are there any cases of Illegal Building in an official lego build?
13
In LEGO: How to build a revolving magazine rack for 2x3 tiles?
7
Bionicle Tooth: Legal Connection?