Why did LEGO create different canister for the Visorak?

For example, my Suukorak (8747) has a white canister, and my friend's has a black one.

Here's a picture showing the canisters: 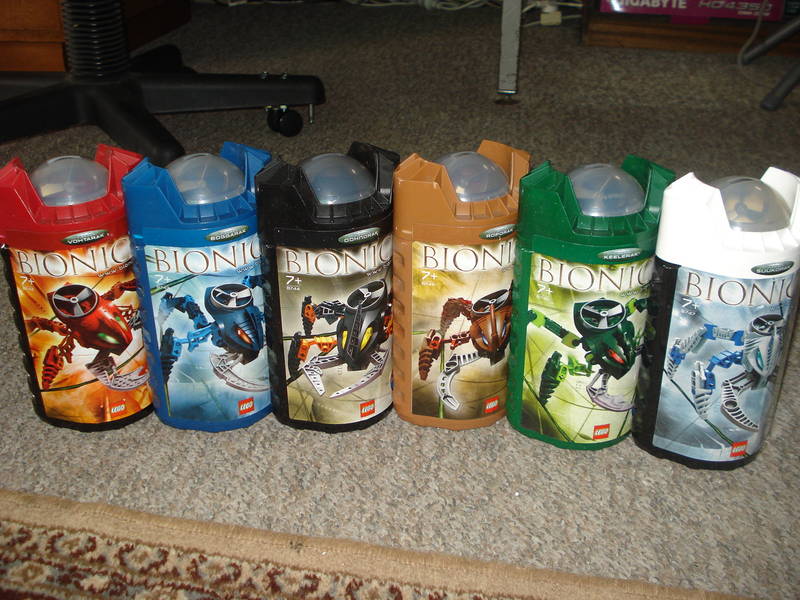 Some canisters are colored the same as their lid while others are black.

I heard a similar question about old cars and how one owner had a hood made of steel and another . . . same make, same model, same year . . . had an aluminum hood. The answer as to why was simple . . . it's the metal the manufacturer had at the time. My guess is once the molding machines are loaded with a color they keep using it until it runs out. Some of the colors were versatile and looked good on multiple sets so they could make more of those before switching colors.

First I want to address tooshel's answer... LEGO doesn't run out of colors. It just doesn't work that way. They craft literal trillions of LEGOs daily, and that's an undershoot. They're cool as far as plastic.

When this kind of thing happens with LEGO, there's usually a backstory. This backstory is usually along the lines of:

The second one is much more common than the first nowadays, but the extensive drafting and confirmation processes you see today make certain that neither of these really occur anymore at all.

And as to your sub-question about serial properties... No, they aren't rare enough to carefully re-mark a new model to distinguish it from the old.

2
How many BIONICLE store display tubes were created?