When did LEGO decide that it was okay to put a stud into a Technic hole?

At one point, LEGO didn't really support putting a stud into a Technic hole, stating that it caused too much stress on the bricks. And for a while, there were no sets where that's the case. However, lately, I've been seeing several sets that do put the studs into Technic holes; and I'm curious when that started.

There's an example of the technique here. You can see it with the trans-orange 1x1 round plate on the side and top that's attached with the stud in the Technic beam.

LEGO's official position on this technique was explained at Brickfest 2006. Jamie Berard, then a relatively new designer in Billund gave an excellent presentation on why certain techniques are considered "illegal" in official sets. The basics message is that building techniques should:

He described in some detail the ways that Technic beams and regular system bricks can and cannot be combined in official sets. The main problem areas occur because:

According to these rules, then, the example you give is not illegal. Clearly, it can be a problem under some circumstances, but is acceptable under others.

Unfortunately, none of this actually answers your original question, as there remain two possibilities:

Without the text of LEGO's earlier communications on the subject, it is difficult to know which explanation is the correct one. Either way, I'd urge you to look at the slides for Jamie's presentation. It is available online in powerpoint format and as a pdf. Apart from being an interesting read in their own right, they also make it clear that this single stud-in-a-hole has been legal since at least 2006.

When Technic was first introduced.

Check out this alternative build of set 850: 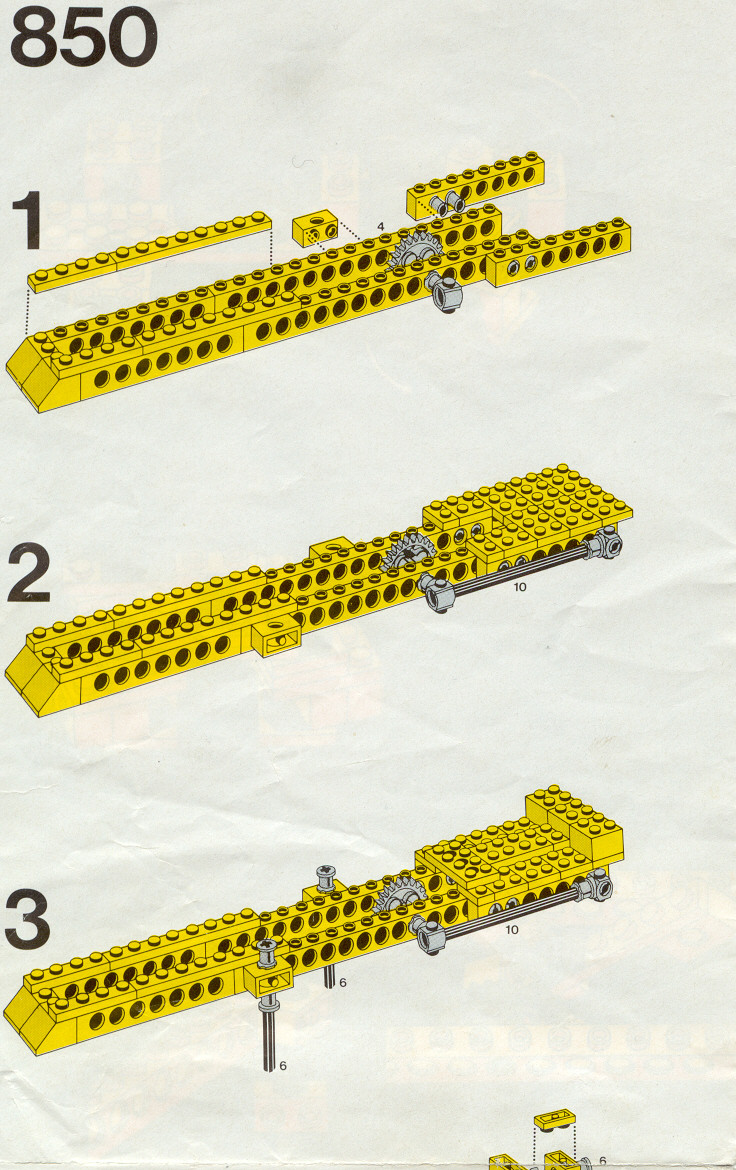 Seems to have really come into use this year. The Winter Village Post Office (pages 65-66) set also uses it for a larger piece with a SNOT block holding the window roofs on: 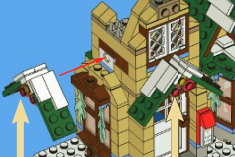 Good question, but I think the example shown demonstrates where Lego currently accepts this kind of construction; i.e. only for small, decorative components and not for major structural interfaces.

45
How can I invert the direction of blocks in a structure?
32
Why did Technic bricks have holes in the studs?
34
Why does LEGO now use studless technic designs?
15
How can I use System and Bionicle elements together?
8
Why are Technic holes slightly smaller than studs?
0
Are there any cases of Illegal Building in an official lego build?

32
Why did Technic bricks have holes in the studs?
20
How much weight can a handle of Technic pegs and beams support?
18
When did LEGO stop producing Technic action figures?
3
Suspension bridge building techniques
8
Why are Technic holes slightly smaller than studs?
7
Long train Bridge tension and compression angles (minimum brick count)
4
When did Lego switch from 4 to 6 stud width of Windscreen?
2
Technic beam centering for beam with even length
10
When did Lego stop putting small catalogs into boxes?
0
Are there any cases of Illegal Building in an official lego build?