Why are there "unique" characters in many sets?

When I was young, about 30 years ago, I'd had no problem to have two policemen, two yellow astronauts or knights. Then I had some lack of Lego sets and didn't know what was happening on this field.

Now, when my son begins (or rather "has begun") his Lego adventure, I realized, that there are theme sets based on movies, stories etc. But there are sets containing the same character.

As the Lightning McQueen is in three sets, there is no reason (from my point of view) to repeat Sheriff in 5814 and 5816 sets. So my son has two Sheriffs.

Some years later he changed from Cars to Lego Ninjago. On every occasion (birthday, Christmas, ...) he was receiving Lego Ninjago sets. Now he has eight Zanes, three Coles, three Kais, two Jays.

The same is now, but in smaller scale, in Lego Chima.

As I was looking at the Lego StarWars theme this is even worse. Ok, I can agree to have 8 clone troopers, but for what reasons have three Darth Vaders?

In my opinion this is not a good marketing practice. If for someone the sets are expensive, he would buy one set and (perhaps) a Luke Skywalker minifigure. He can re-think whether to buy a new set with a character he already has.

If each set had a unique minifigure, I would be more likely to buy more sets, just to make a collection.

It's also not ok (for me) to have the same characters for example in Lego Heroica.

I know that sets are larger and smaller, and there are people who buy cheaper ones, and they also should have something interesting, but why then copy the same characters to larger ones?

Does it has some rational explanation?

As a child, I was really into Star Wars and had lots of star wars figures. However, it was always annoying that Star Wars vehicles and playsets didn't come with figures. The Ewok Village has no Ewoks in it. The X-Wing has no pilot. Etc.

This policy let Kenner (now Hasbro) sell the figures at full retail on a per-figure basis and let collectors buy only what they needed, but for me it meant that my figures never matched my vehicles or playsets.

Lego sells products that directly compete with Hasbro's line of Star Wars vehicles and playsets. Lego could take the approach that Hasbro did, and sell the minifigs separately, except that they were forbidden from doing so by the terms of their license agreement. This is why the earliest Star Wars minifig packs were discontinued and replaced with the army builder sets, which had some minimum number of bricks required to make them "building toys" and not "action figures".

But if Lego sold the figures separately, you'd still have the problem of sets that lack play value, because they require additional purchases. Instead of having the X-Wing with R2D2 and Luke Skywalker in pilot outfit, you'd just have the X-Wing. The X-Wing itself would be maybe $3 cheaper but you'd have to spend $6 just to get the figures that go with it (I'm basing these numbers on the prices of the collectible minifigs). Stores would have to stock huge displays of minifgs. Or they'd only stock a few different ones, and you wouldn't be able to find the right fig to go with whatever ship you had.

The other alternative, where hero figs are sold in small sets and supporting figs only in large sets doesn't really help: Often a kid only gets ONE kit at a time.

Having several minifigs already in the package means the set is complete; you can enjoy it without purchasing anything else, and if you lose one of your Darth Vaders, you probably have a spare somewhere. Oh, and siblings don't have to fight over who gets to play with Luke Skywalker.

It seems like you understand why there are unique minifigs, but I'll point it out explicitly anyway. Unique minifigs add character to sets, and add to playability. For example, I always wanted this guy as a kid: 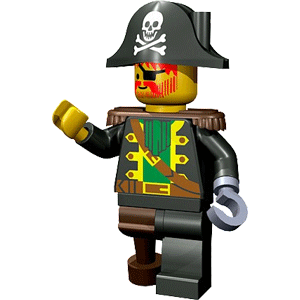 Without him, my pirates were just a leaderless band, but once they have a fearless leader with a peg leg and hook, things become a lot more exciting. As you pointed out, unique figs are also a necessary part of the licensed themes. What would Star Wars be without Darth Vader?

The core of your questions seems to be why these unique figs end up in so many sets such that you have duplicates and triplicates of them. I'm sure this isn't TLG's goal, but there are some marketing reasons which cause it to happen.

First, TLG ideally wants each set to be a whole product. This generally means that the sets should be able to stand on their own, and upon seeing a set, a customer would actually want to buy it. Keep in mind that your rationality as a parent isn't always the same as others who may be buying Lego for your child, or children themselves. Here's an example of set to help me explain what I mean: 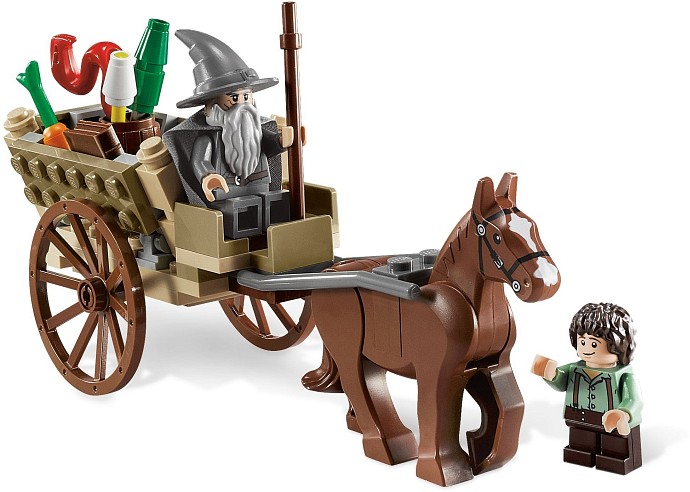 That's Gandalf Arrives (set 9469). As you can see, it is a pretty small set with Gandalf and Frodo. These are both core characters, and they each appear in several sets, but this set wouldn't be able to stand on its own without them. While this set may have less appeal to you or your child because you might already have these minifigs, the set has greater appeal to children who don't already have these minifigs. It also has greater appeal to your sister-in-law who needs to pick up a Lego set for your child's birthday party. She won't know what minifigs your child has already, and she's just looking for a nice reasonably cheap set with good playability.

Second, TLG uses unique minifigs to create desire to collect the whole product line. While there is duplication among the major characters, if you want to have all of the minor characters available, you pretty much have to buy every major set in the theme. This makes a lot of sense from a marketing point of view. For example, if you already own Helm's Deep (9474), does a small add-on really have much appeal to you? Uruk-Hai Army (9471) is a small set which attaches to the side of Helm's Deep: 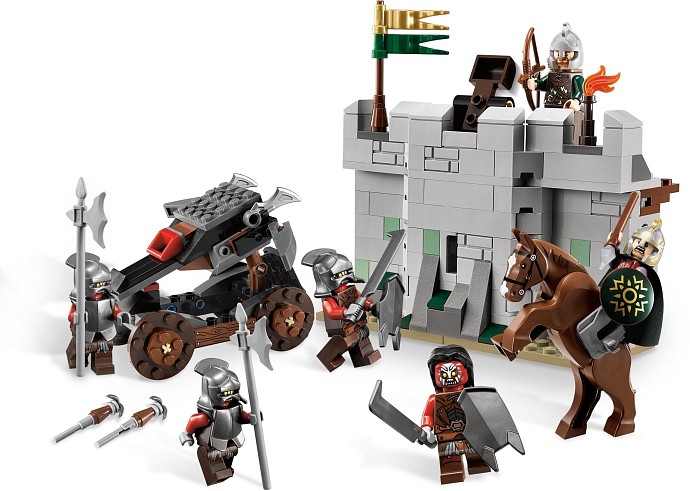 This set may not have much appeal. It's just a basic castle wall with some men fighting some bad guys. However, this is the only set which contains the guy (Eomer) who brings in the cavalry and ultimately makes the battle a victorious one. This adds to this otherwise somewhat boring set, and makes it more appealing to consumers.

As an aside, many Lego fans want to get a complete set of minifigs, but can't afford all the sets, so your extra Vader's have good resale value on sites like Bricklink where they sell for about $10 used.

Also if you have multiple children having multiples of the main people (Darth Vader, Han Solo, etc) is a good thing to help keep the peace.

In my opinion, this is a marketing ploy, especially in licensed themes, to make people want to buy all the sets. This is especially true in the Superheroes theme where the iconic superhero minifigures are often the selling point of a set. Look at The Hobbit line for example. To be able to obtain a complete company of dwarves, one needs to buy all the sets of the wave, save for an exception: The small "Riddles of the Rings" set. Throughout the whole wave, Bilbo Baggins is included thrice, and buying all the sets except the aforementioned examples would net you with 2 Bilbos, despite being different variants. Here comes the Riddles of the Rings set. It is the smallest set of the wave, and contains two, fairly desirable characters, Gollum and Bilbo, despite not being exclusive. Keep in mind that one of the sets containing Bilbo is very large, and the other is a limited edition set. By buying this smallest set, kids would already be satisfied to be able to obtain Bilbo.

As other people mentioned in the above, it needs to be a complete set. You can't have an X-Wing set without Luke Skywalker just because he also star in a Snowspeeder set that was only released a year ago. He is pivotal to that scene, and so he needs to be there.

Remember that LEGO is still a company trying to make profit, and it is far more profitable to include the characters in multiple sets so everybody can have him, as opposed to a highly desirable character only included in one colossal set.

Although I have to agree The Lone Ranger is pushing it a bit too far :)

Expanding from some of my comments:

Another interesting use of "duplicate" unique characters is as generic characters in builds from other themes.

You can even build versatile teams:

You can also think generally about themes that can work well together:

23
Which sets can be built in the bag (all the parts are in one bag)?
20
How do I know when current sets will retire?
24
What is the male:female ratio of gendered minifigures?
2
Buying Individual MiniFigures
4
Bulk LEGO as presents
5
Why are LEGO minifigures getting more and more expensive?
4
Are there LEGO sets unique to the UK/Europe?
6
When did LEGO Minifigure Leg mold designs change?
8
Why do Star Wars sets include the Disney logo/brand name while Marvel Super Heroes sets do not?
8
What are the small numbers on old LEGO instruction booklet covers for?