Is there a minifig that has multiple arms that all have the ability to hold weapons or tools? My 4 year old is asking for one. I thought maybe Doctor Octopus, but can't tell by the pictures if his octopus arms can hold things.

There are already quite a few multi-armed minifigures. I usually won't count Doctor Octopus as one, though. But I'll count it this time.

The very first minifigure to be able to hold more than 2 tools is Doctor Octopus, from the "Spider-Man" theme from 2004. This was achieved by building a harness that goes on the neck. This version appeared in 4 sets, all in different variants. 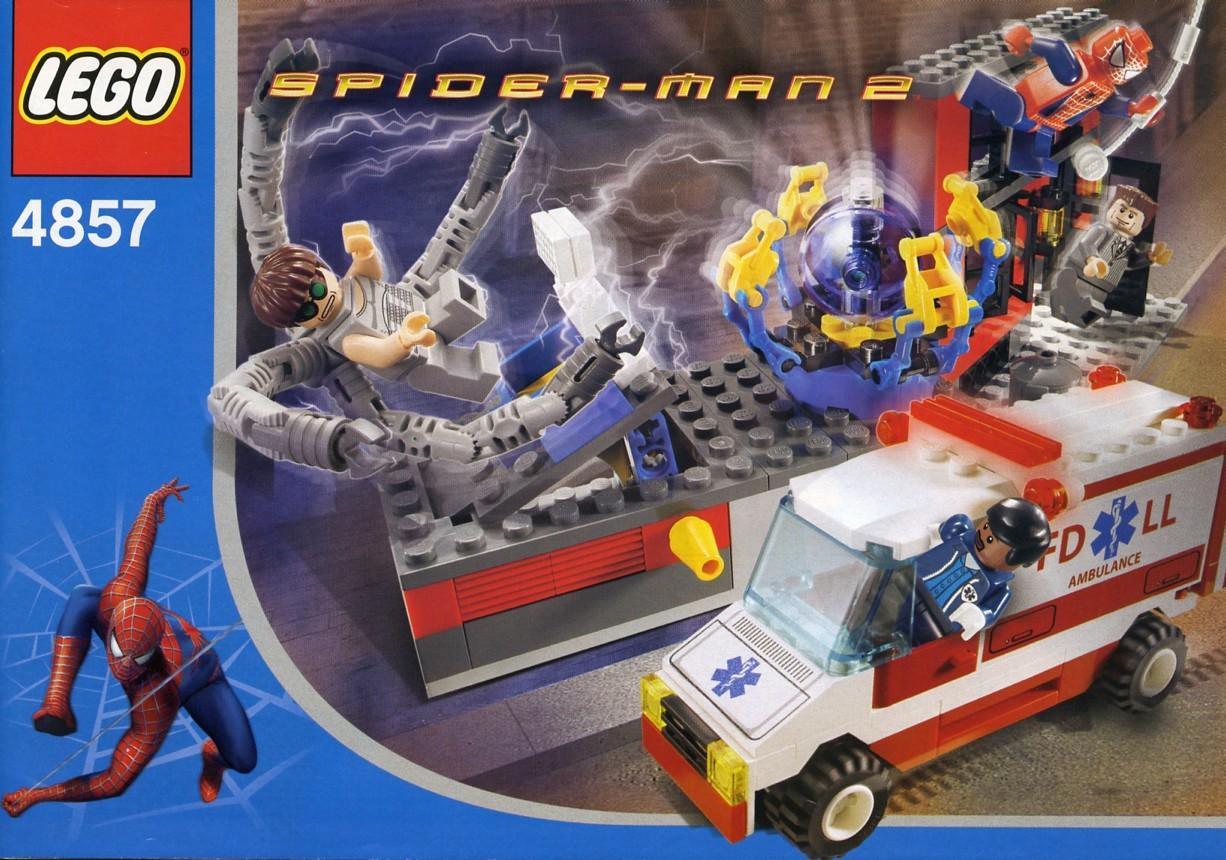 It should also be noted he received a 4+ figure version, which is aimed to kids 4 and above. This version is not exactly a "minifigure". His tentacle harness is built into the figure, and is not removable. This one was released in 2 sets. 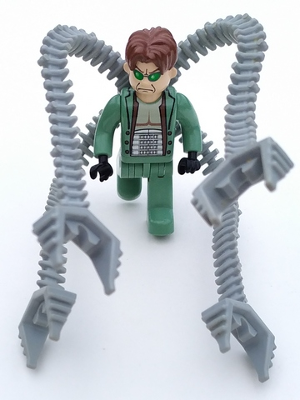 2012 brings another Doc Ock, based on the Ultimate Spiderman TV show, using a similar trick as the 2003 version. This minifigure only appears in one limited edition set.

The 2019 version includes a simplified harness with droid arms, significantly restricting movement, which was reverted in 2020 to a design closer to the original. 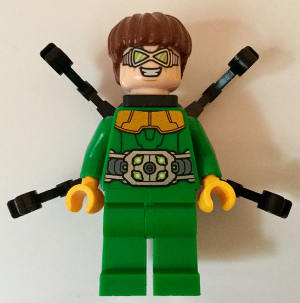 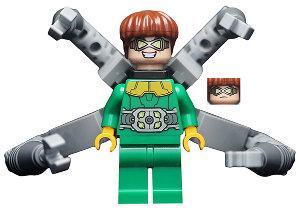 The next multi-armed minifigure is General Grievous from the "Star Wars" theme, hailing from the 2005 "Revenge of the Sith" subtheme. He was made out of a specialized head and torso; however, his legs and arms are common droid parts, with 4 of these arms attached to the special torso. This version appears in 2 sets, though one is more highly sought after due to Grievous having an exclusive cape in that one. Both versions came with his iconic lightsabers, but his arm posability are rather limited; they only move sideways, and their wrists don't hinge. 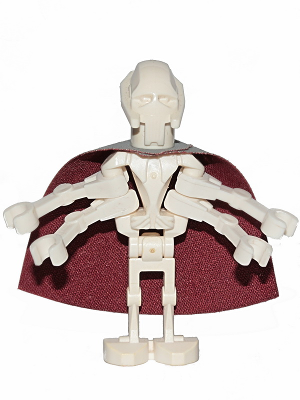 Grievous gets a re-release in 2010 as part of the Clone Wars subtheme. This was, accuracy wise, a major leap. He was composed completely out of exclusive pieces. Now his arms hinge up and down, but like a lot of other LEGO robots, his wrists still don't turn. Also, his second pair of arms attach to the first pair, giving a rather awkward looking angle and less posability. This version appears in 4 sets: 8095, 9515, 75040 and 75199. 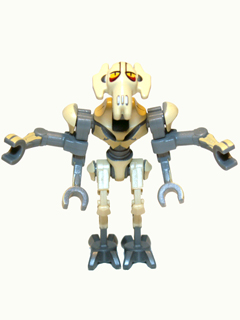 Next, we have Frenzy. Frenzy is a Space Police Minifigure released in 2009. He was a large step forward to the original Grievous. He had a special molded head that goes over his regular, albeit uniquely printed, Minifigure torso. This extra head has a twist: it has room to accommodate a pair of droid arms, giving him 4 arms, although the upper two has little use, since their grip is permanently sideways. Still, it's a step up. Frenzy only appears in one set. 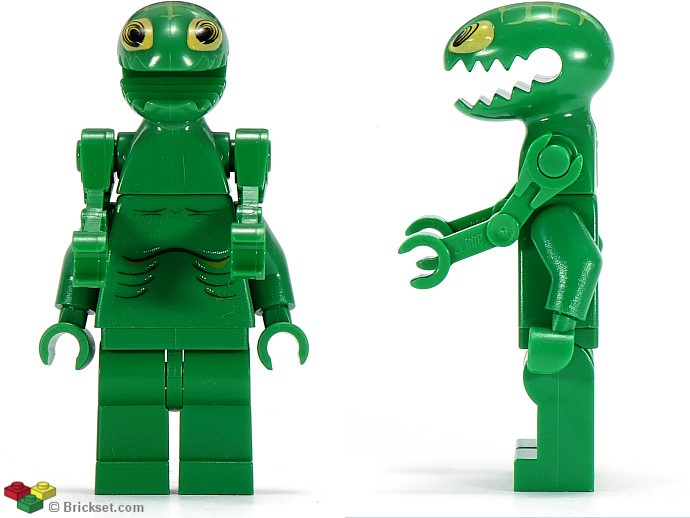 2011 brings about Samukai, the former king of the underworld of the Ninjago theme. Samukai is similar to the other skeleton soldiers, but with a massive head that, like Frenzy, fits over his torso and has room for arms. As an addition though, his upper jaw and lower jaw is separate, so he can open his mouth. His head is designed so it can snugly accommodate a second row of skeleton arms. Samukai's top-heavy stature caused by his head prevents him from getting his own spinner, thus making Samukai only appear in 2, very large Ninjago sets from 2011. 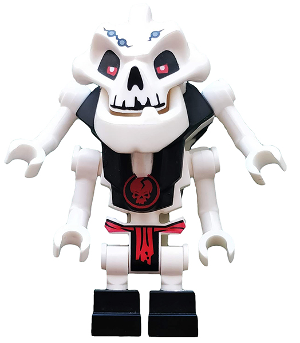 In 2012, Garmadon, Ninjago's antagonist, becomes four-armed through less-than-known means. He is the one I truly consider the "first" four armed minifigure. He had a specialized body extension piece that goes over his torso, which is the same as the one in 2011, and a head that goes on that torso extension. He appears in 2 sets, both following suit as Samukai, in the sense that it appears in 2 very large sets. 2013 has a very similar Garmadon, except for a different helmet and staff. This variant appears in 1 set. 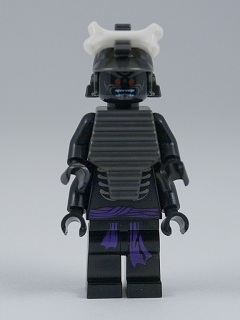 Another Minifigure is four armed in 2013, and once again it is from Ninjago. He is General Kozu, general of the stone army. He also utilizes a torso extension like Garmadon, but a different mold. Like a lot of characters in the 2013 Ninjago wave, he is exclusive to 1 set. 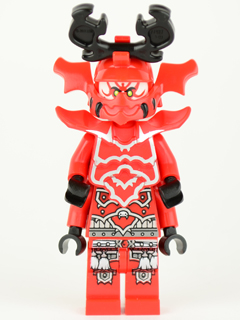 Last, but certainly not least, is another Star Wars minifigure named Pong Krell. He uses a similar torso extension as Garmadon or Kozu, but his alien head was incorporated to the extension. He carries his iconic twin double sided lightsabers, and, like many Star Wars figures, is exclusive to one set. 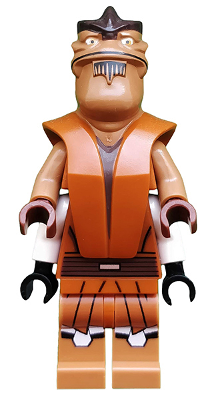 I know this answer is pretty long, but it's very comprehensive. Please edit it if I miss something, or I wrote something wrongly. Bear in mind that all these minifigures can hold conventional minifigure tools.

In addition to Doctor Octopus, General Grievous could also be an option: 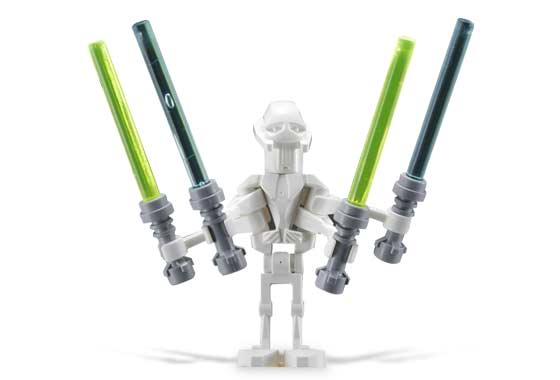 Yes, Doc Ock's arms have clips on the end that grab the same things as minifig hands. Mind you, the clutch power on the bit of the clip that goes into the other piece is often less than stellar. :/

18
Why are there "unique" characters in many sets?
9
Protecting a minifig from wear
8
Which block manufacturer made this type of person in the 80s
1
Minifigure arms and legs do not have stamps
5
Verify authenticity of the Star Wars Snowtrooper minifig
2
How to fix cracked minifig arms?
6
Angry birds arms
2
What LEGO sets include minifigure with both arms and hands molded together?