Why are LEGO slope bricks textured?

Why is the slope part of bricks textured instead of the usual flat & glossy edge? 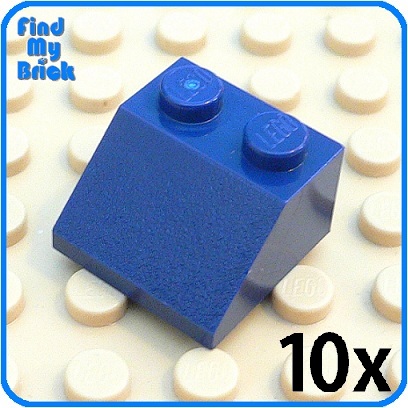 This is likely a hold-over from when these were used primarily as roof pieces, and the texture provided some realism to the house/building sets.

I'm not sure of why these slopes were originally textured; as Granpappy points out it's likely the texture was used to give roofs a nicer effect. I seem to remember something about the mould being easier to create that way (since less precision was required on the textured part), but it may just be my imagination.

However, a few years back slopes without that texture started to appear (and I'm talking about regular 45° ones, not newer parts like the cheese slope), and fans weren't too happy about it. After checking with LEGO, it appeared that the change wasn't really intentionnal but that LEGO didn't think it would matter, considering the parts kept the same functionality despite of the aesthetics being different.

At that point, LEGO confirmed that future slopes would continue to be textured (again, depending on which part), but that the stock of smooth ones would still be used so that it could take a while before it was depleted.

You may want to read this lugnet discussion on the topic.

To answer your secondary question: 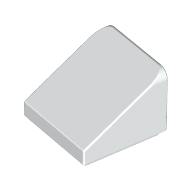 5
Are both of these slope designs genuine LEGO?

17
Are there any mirrored LEGO bricks?
32
Why did Technic bricks have holes in the studs?
27
Why aren't LEGO bricks cubic?
8
What is the true angle of a cheese slope?
5
Are both of these slope designs genuine LEGO?
10
Why are 2/3 height bricks with studs on the side 2 studs deep?
7
What are these bricks with filled interior and holes/tubes going through?
5
Why doesn't lego make many 2x2x4 Pieces?
1
Why are different ID informations printed in the inside of the same sort of bricks?
10
Why doesn’t part 30099 fit into the System?