Is this piece some kind of rare/modified 200?

I have this piece which vaguely resembles 200, Technic Rack Winder Axle (Rebricked) but one end is different. It is 5 studs long, axle is 1 stud long, the gear lies between 3rd and 4th stud and the axle hole is approximately 1 stud deep.

There is no branding on the piece so I am not sure if it isn't something other than Lego.

Edit: The axle hole holds axles really tight, but the axle end doesn't hold other things too well. As for the gear teeth, they are exactly the same as in 3647 (the same shape number and size), although they are slightly moved, 10 degrees or maybe even less.

As mentioned it is possible it's not Lego, but I personally don't recall ever buying any technic-like non-Lego sets. Can't vouch for my brothers after who I've inherited most of my collection.

It is about the right size and shape to be the main shaft of this wind-up motor from set 4093: 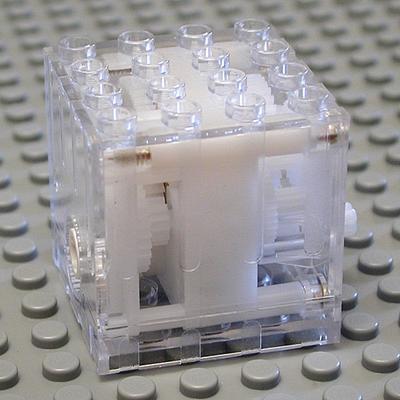 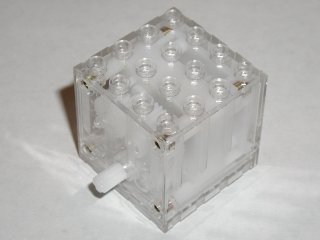 These pictures show the piece as white, but it might be a variant. I do not have one of these windups to take apart to check.

Not the answer you're looking for? Browse other questions tagged part-identification motor or ask your own question.

16
Is this element some kind of Technic connector?
7
Where can I get replacement cables of this kind?
7
Can you identify this modified plate?
7
What LEGO piece is this?
9
What is this LEGO part (kind of wheel or gear) number?
3
Help identifying/finding the part number of this piece? (maybe some kind of jackhammer?)
12
What glass piece is this?
3
Can you identify this modified 1x1 plate?