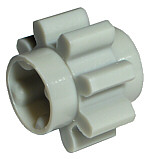 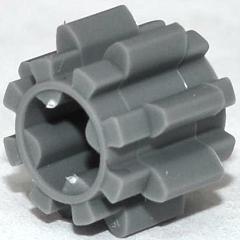 It's obvious these parts are not the same, but what is the functional difference between them?

The new gears are stronger and do not slide into the holes in bricks and liftarms.

If you look closely at the holes in a brick (or liftwarm) there's a shallow, wider hole forming a step. This holds (for example) the collar in the middle of Technic pins, allowing them to hold bricks close together.

Unfortunately that hole is big enough for the non-teeth part of the old style 8 tooth gear to slip into. That means that the gear will slip sideways rather than sitting in the centre of a gap, and thus not mesh exactly with other gears. It sits offset, in other words. There's speculation that this allowed it to fall further into plates with holes back in the Expert Builder days, but the reasons have never (AFAIK) been officially disclosed. This EuroBricks Thread has more discussion and some nice photos

That feature makes old style 8 tooth gears fairly useless of high torque applications, as they will inevitably slip sideways and the teeth will break. 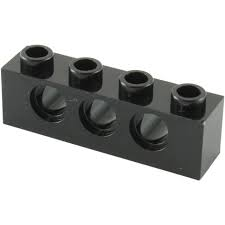 The extended teeth on the new gears prevent this from happening, making them much more reliable in high torque applications (and in general). They are also stronger, but not slipping sideways makes them much stronger where it's needed as well.

I suspect that one reason the extended teeth are not full height is to keept the gears compatible with worm gears. Those cross the teeth at an angle, and if the teeth are too wide the worm gear will hit two teeth on the 8T gear at the same time, making the friction even worse.

I don't believe there is any significant functional difference between these parts in terms of what can be built with them. The 10928 variant is simply a reinforced version of the original.

This gear is widely used, but because of its small size, it has always had problems with breaking under high torque. It looks like this new variation is attempting to address this by reinforcing the teeth so that they don't snap off as easily.

Similar minor strengthening changes have been made to other gears as well. Here's the 16 tooth reinforcement for example: 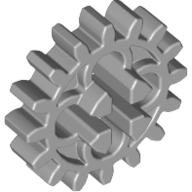 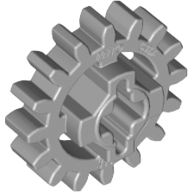 TLG has been known to make this type of structural change to lots of other parts as well. The most prolific example is probably the 1x1 plate with vertical clip that has seen a number of changes to address structural issues: 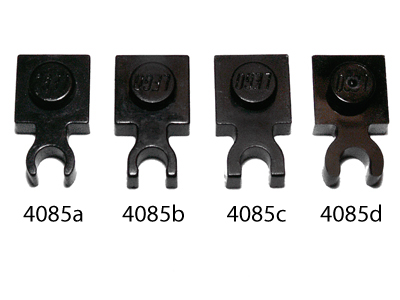