Where did “Cheese Slope” get its name?

Why is this piece called a "cheese slope"? "Slope" I get; but "cheese"? 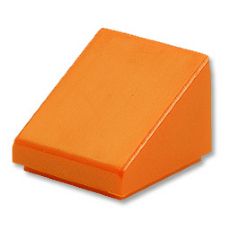 A cheese slope resembles a chunk of cheese from a cheese wheel. They happen to also be the perfect size for minifigures to interact with: 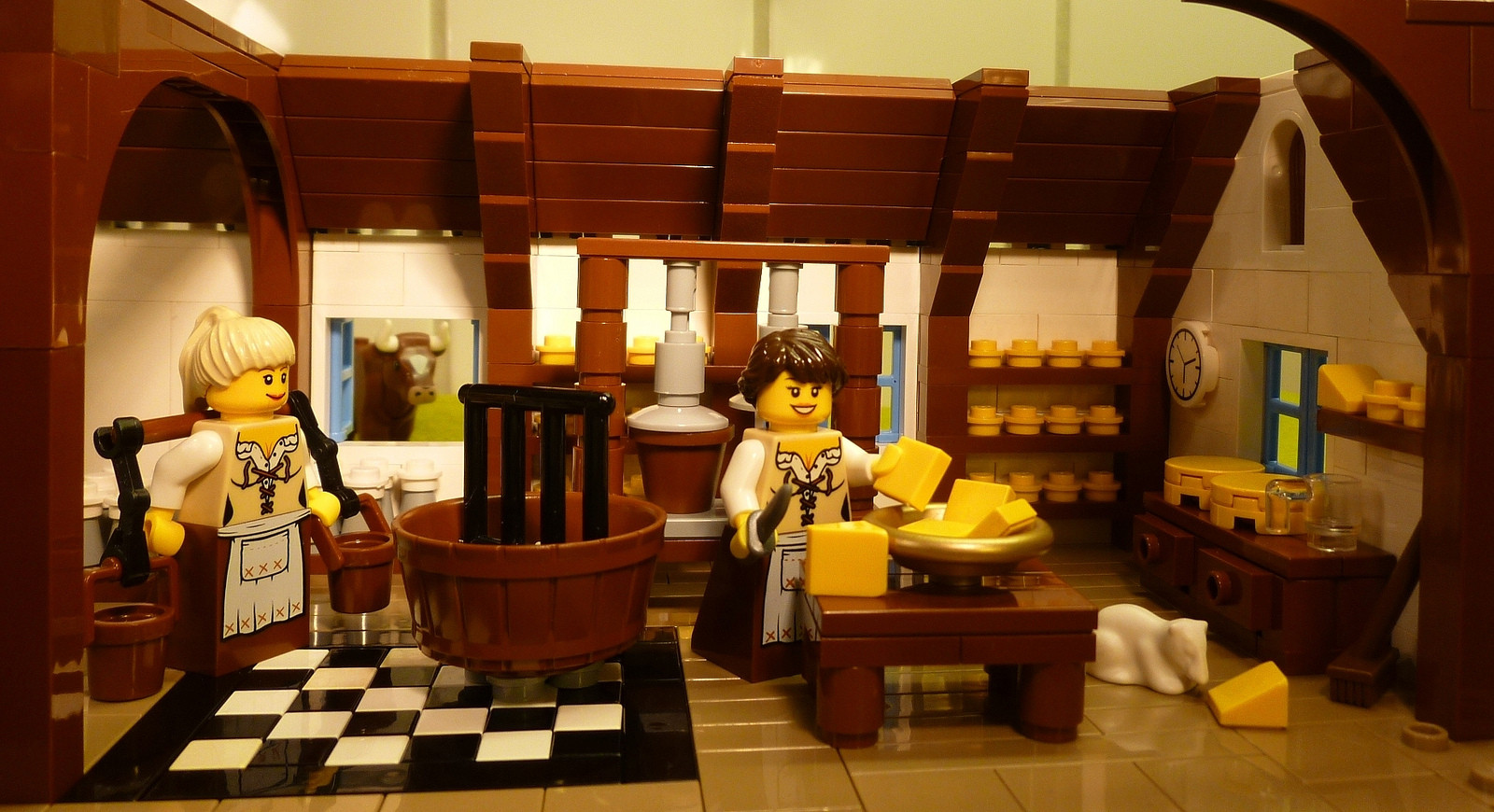 As was mentioned in another answer, the cheese slope looks like a slice of cheese at around minifigure scale. This part has also actually been used as cheese in official sets, including Medieval Market Village: 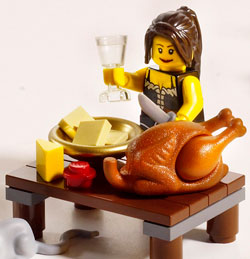 According to BrickLink, the cheese slope, part number 54200, first appeared in a handful of sets in 2004.

In the mid-1990s, the AFOL community hung out on the Usenet newsgroup rec.toys.lego and its predecessor, alt.toys.lego. A Google Groups search of the archives of these newsgroups finds no references to the cheese slope.

At some point in the late 1990s, the AFOLs gradually migrated to LUGNET, which had a member area, a forum, a set reference, a part reference, and other features. A search of the LUGNET forum finds a message from 13 June 2006 referring to "cheese wedge slopes." The message author seems to assume that readers are familiar with the term, so the cheese term was probably in common use before this message. Other LUGNET messages from ~2008 also refer to "cheese wedge slopes" rather than the current term "cheese slope."

In the early 2000s, the AFOLs started buying and selling, and later conversing, on Dan Jezek's BrickLink, which he called BrickBay for the first two years of its existence. The early BrickLink used to delete forum messages after 6 months, so the messages from the 2004-2006 period no longer exist.

Based on the part information on BrickLink and the message on LUGNET, it seems that the term "cheese slope" AKA "cheese wedge slope" came into being sometime between the introduction of the part in 2004 and mid-2006.

Not the answer you're looking for? Browse other questions tagged piece-information terminology or ask your own question.

17
Are there any mirrored LEGO bricks?
30
Why are LEGO slope bricks textured?
13
Does the basic 2 x 4 brick have a common nickname?
8
What is the true angle of a cheese slope?
5
Which bricks warrant an extra to be included in a set?
9
What are the curve radii for the curved slope pieces?
3
What are some uses of part 93589?
0
The Missing Handlebar
8
What is Rebuild The World?
10
Why doesn’t part 30099 fit into the System?