What is the maximum distance between fixed train wheels?

I'm working on a train, and I'm curious what the maximum distance is between fixed wheel sets in order to properly navigate all of the different types of track (straight, curved, switch, flex, etc).

In case that doesn't make sense, I'm interested in the maximum distance between wheels that aren't mounted on swiveling bogies. An example of the construction that I'm talking about can be found in set 10014: 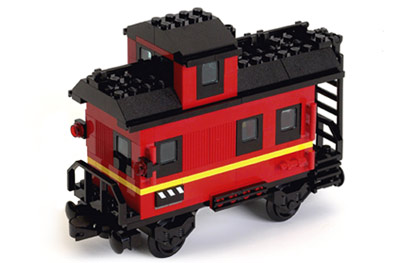 With a bit of trigonometry and some observation we can estimate a theoretical limit to the maximum length.

I assume you are looking for the maximum length that would run on the sharpest possible curve, which appears to be one made with flexible track. By observing this photo of 52 flex track pieces arranged in a circle, we can estimate that each piece can create an angle of about 7 degrees. 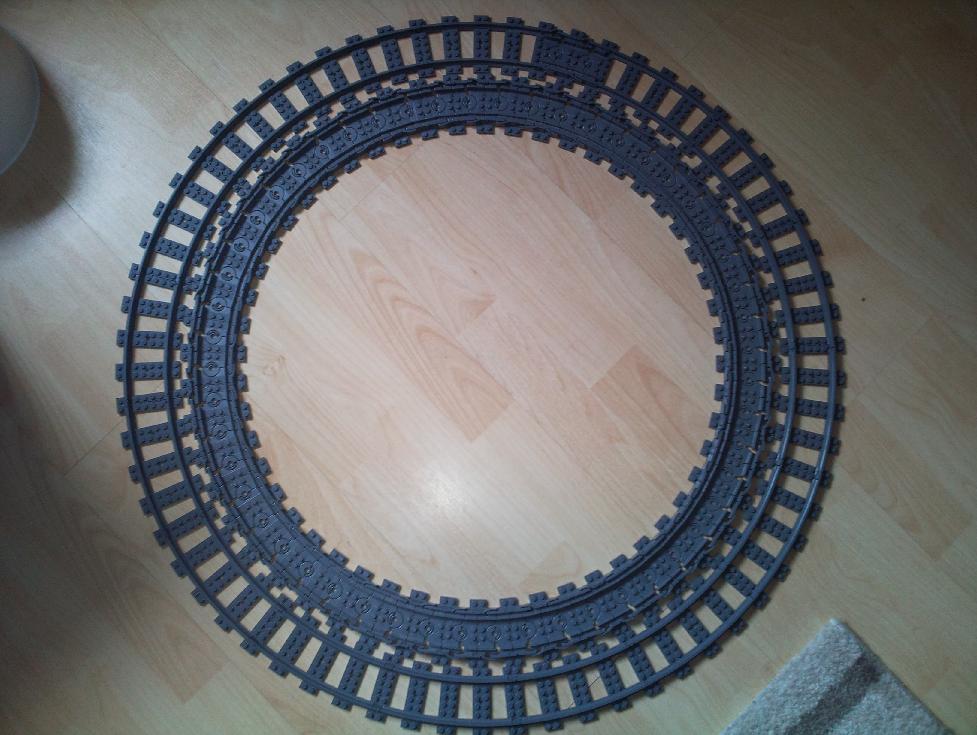 This seems to be sharper than the average usage, however, and may be placing stress on the pieces. The LDraw version of the flex track depicts it flexing at a maximum angle of about 5.5 degrees: 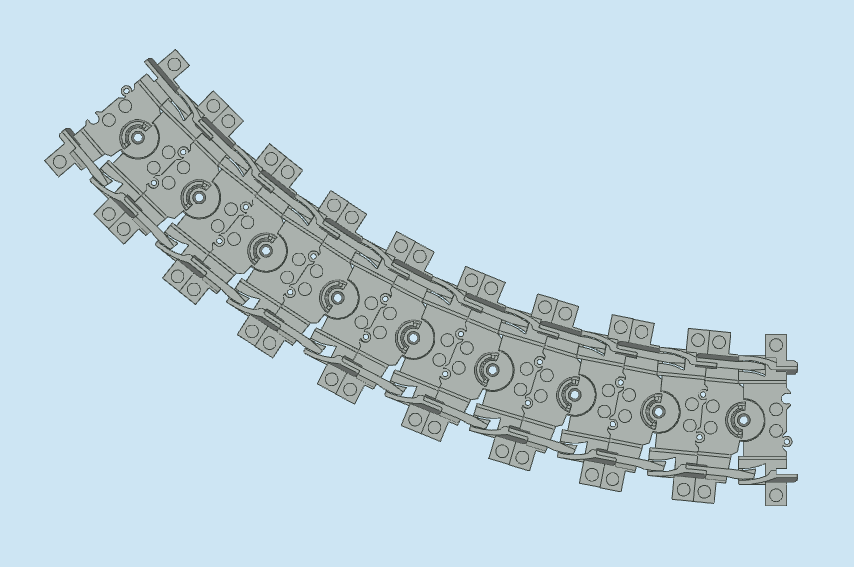 In addition, the flexible track has a slot in which the train wheels run which is 10 LDU (LDraw Units) wide. By observation, I estimate that a single set of train wheels can be rotated by about 6 degrees within these slots before they bind. That would be the theoretical upper limit of the angle a train car of "zero" length (that is, with just one set of wheels) could be rotated and still move forward through the track.

So with that estimate, we need to look at the curved section of track above and measure the angle a train car would be rotated from the straight position for various sections of the track. Fortunately, rather than being a smooth curve the flex track is really several straight sections of about 72 LDU on the inside (i.e. sharpest) curve. That means we can stay within the realm of trigonometry and measure the angles from the outer edge of the straight section to the end of each segment of the inner curve. That takes a little work, but here is what I determined:

From the right edge of the straight section to the center of the second section is an angle of 3.53 degrees.

From the right edge of the straight section to the center of the third section is an angle of 6.45 degrees.

So a car with a wheel base that extends from the right edge of the section to the center of the third section would be rotated at 6.45 degrees, which is just a bit more than our estimated limit of 6 degrees. Using trigonometry we can determine the length of this wheelbase as 183 LDU, which is just over 9 studs. In other words, a car with a wheelbase of 9 studs would probably bind slightly in the slots on the curve above.

As seen in the original question, LEGO has issued train car models with fixed wheels 9 studs apart. Joubarc's observation in his comment above that the caboose model shown does indeed bind slightly would seem to support the estimate of 9 studs as an upper limit of the wheelbase for fixed train wheels.

We can plot out a wheelbase of 10 studs on the curve above to check. That would produce a rotation of about 7.2 degrees, well above our estimated maximum of 6 degrees. It would seem a 9-stud wheelbase is the maximum.

Not the answer you're looking for? Browse other questions tagged trains wheel or ask your own question.

8
How do the train wheels turn so smoothly?
11
What is the difference between train motors 88002 and 10153?
7
What is the difference between the two train motors 8866-1 and 88002-1?
16
What advanced railroad features are possible with the Lego PF train sets?
5
How can I prevent my train from derailing?
7
Long train Bridge tension and compression angles (minimum brick count)
4
Can You Identify These Black Studless 2x4 Brick With Train Wheels?
6
Lego track switch doesn't close properly
4
When using pi * distance between wheels/tracks, how do I measure distance between wheels?