What is a good ratio to buy bricks in?

I want to add to my collection by buying an assortment of 2x4,2x2,1x2, and 1x1 bricks in a variety of colors. I want these to be general purpose bricks, primarily for sculptures and buildings.

What is a good ratio for parts? For example, should I buy mostly 2x4s or 2x2s? What colors are used the most?

It's difficult to tell which colours are used the most. I have six different colours of bricks that are I'd consider essential for every day city building:

I chose these six colours because they are commonly sold in buckets and tubs and are widely available. They tend to have the best brick to price ratio around and they are also very versatile, you can build most models out of these six colours. They also happen to be the only six colours that can be recognised by a NXT/EV3 colour sensor. 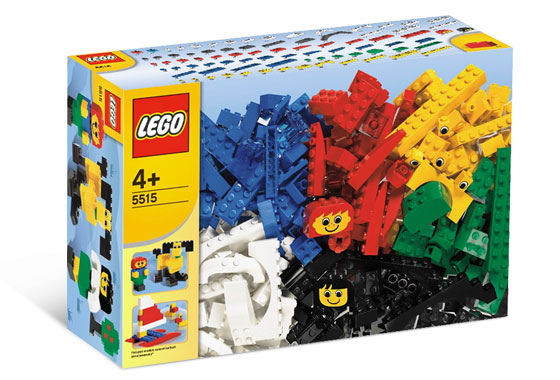 As your collection builds, you get a better idea about what kind of things you like to build. A builder specialising in medieval models would probably find colours like grey and brown essential.

A good ratio of parts is variable depending on your needs. 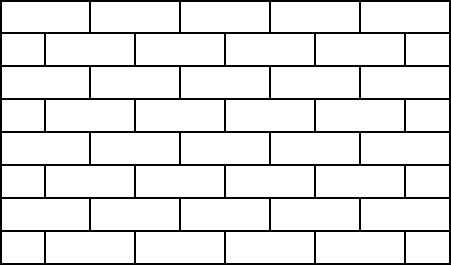 Of course, this isn't going to apply to everything you build, you'll need to make an educated guess based on what creation you're trying to make.

If you want to get a stock for building internal structure and the color isn't important, pick one which is cheaper. Blue is a good candidate, red isn't. Black should be OK too.

As for the sizes, there's no real way to answer that, but if building 2 studs wide, 2x4 is the one you'll need most, with a dash of 2x2 for ends. They are usually easiest to find and cheaper than longer ones.

For 1 stud wide building, you'll of course need some 1x1 for ends, but using only 2x2 can be cumbersome unless you want the effect (try a well in 1x2 dark red plates, it's superb), so then you'll want to stock on 1x4, 1x6 and 1x8. Again, check the prices per stud.

But if you're willing to buy big quantities and are after good prices, the simplest is to by full tubs - and then you don't need to worry about which ones you'll get as the assortment is fixed. You may also want to check specific creator sets for clearance (houses are a good source of 1x bricks).

13
How to start with technic?
10
Is there any way to buy specific duplo blocks from Lego (pick-a-brick style and/or in bulk)?
4
Is there a good way to buy molded LEGO boxes?
10
Selling custom LEGO image mosaics using original LEGO bricks without breaking LEGO's Fair-Use Policy
6
Tips for getting enough bricks to make a MOC with unified style
7
What sets have the best price per part ratio?
3
Lego Classics alternative
7
How do I build this robot car?