I would like to purchase some used LEGO train tracks off of ebay. I am not, however, very familiar with the different choices of track systems are out there that I might come across. So I would like to learn more about the existing types of track systems. What kinds has LEGO used at various eras in their history? Are they inter-changable? If I'd like train tracks that are compatible with the currently available new LEGO city train sets, what types of tracks should I consider?

If possible, I'd love to see photos of a basic piece of each kind side by side to see the differences.

The main LEGO train systems are all roughly compatible. They all use a 6 stud gauge, so with a bit of fiddling, you can use all of the systems together. If you want to be most compatible with the current track offerings, you're better off with 9V and RC/PF track. This question discusses the specific compatibility issues in more detail.

There are several other train systems that have been used that are not compatible (DUPLO trains, 4 guage rails, etc), but I'll just cover the common 6 gauge systems here.

The different types of train track can be divided into a few main eras.

A track section consisted of 2 rails connected by regular 2x8 plates. The rails themselves were blue.

These rails are generally the same as the blue rails aside from the new gray color. 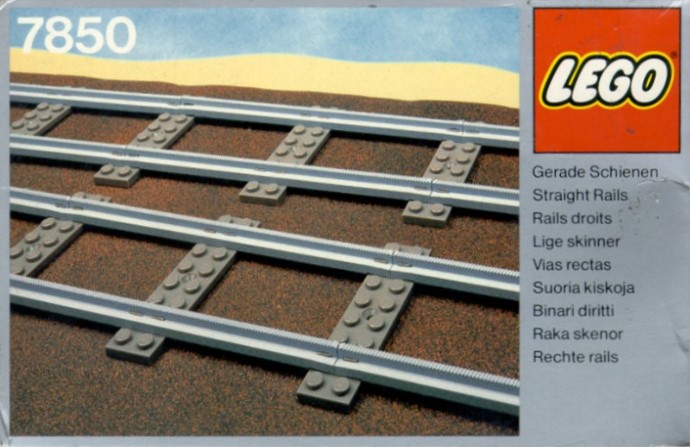 The sleepers were moved closer together (3 per section rather than 2), and they were changed to a specialized part to improve the strength of the connection. Here's what the sleepers look like: 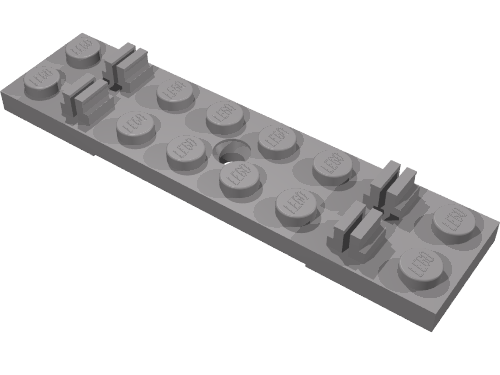 The trains of this era were still either powered by 4.5V batteries or the 12V conducting rails.

The 9V era completely changed the track components, and did away with the old 4.5V and 12V voltages. Rails sections were a single piece, and they were all conducting. 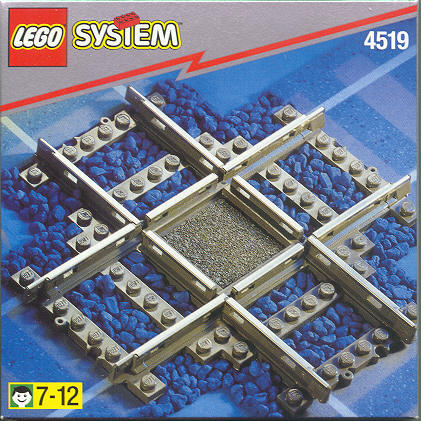 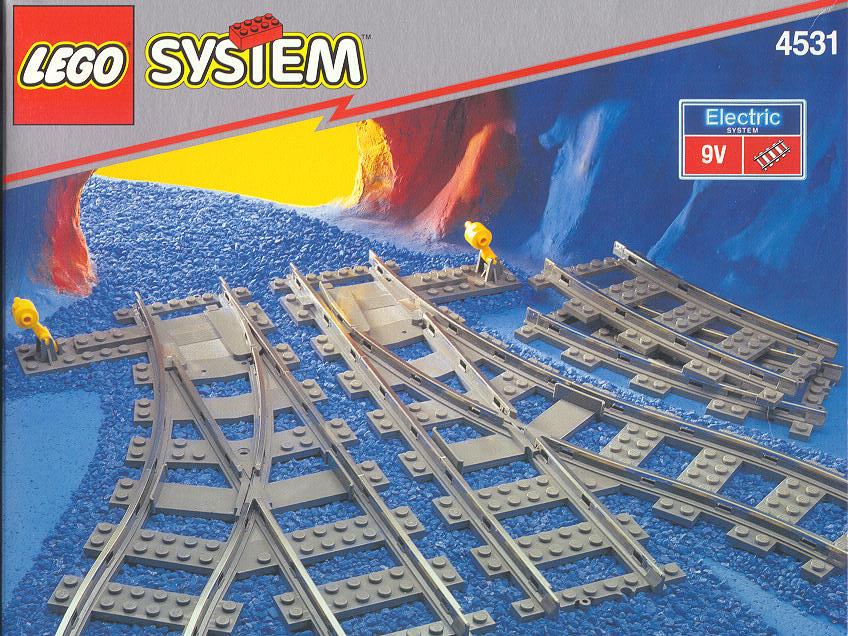 In 2006, LEGO switched back to non-conducting rails with roughly the same mold as the 9V track. Trains are now all battery-powered under either the RC or currently the Power Functions and Powered UP systems. 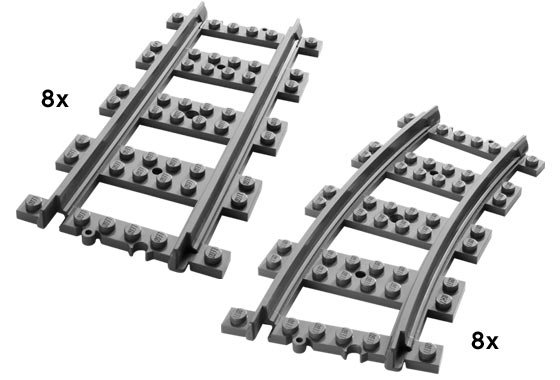 This era included the first and only crossover switch (7996) : 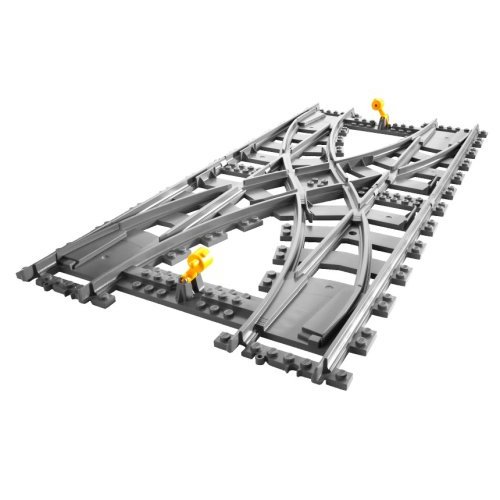 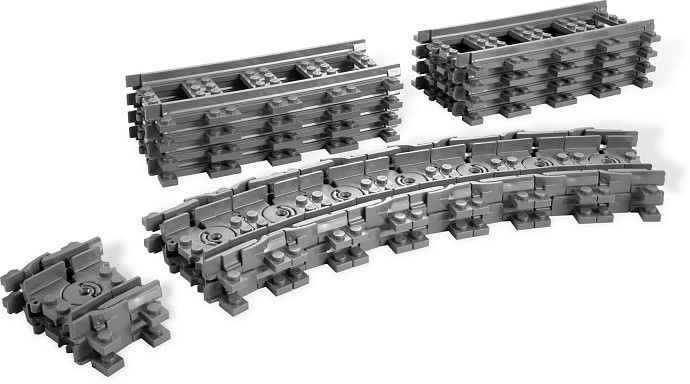 Switches are also available, but a cross track has not yet been released for PF track. 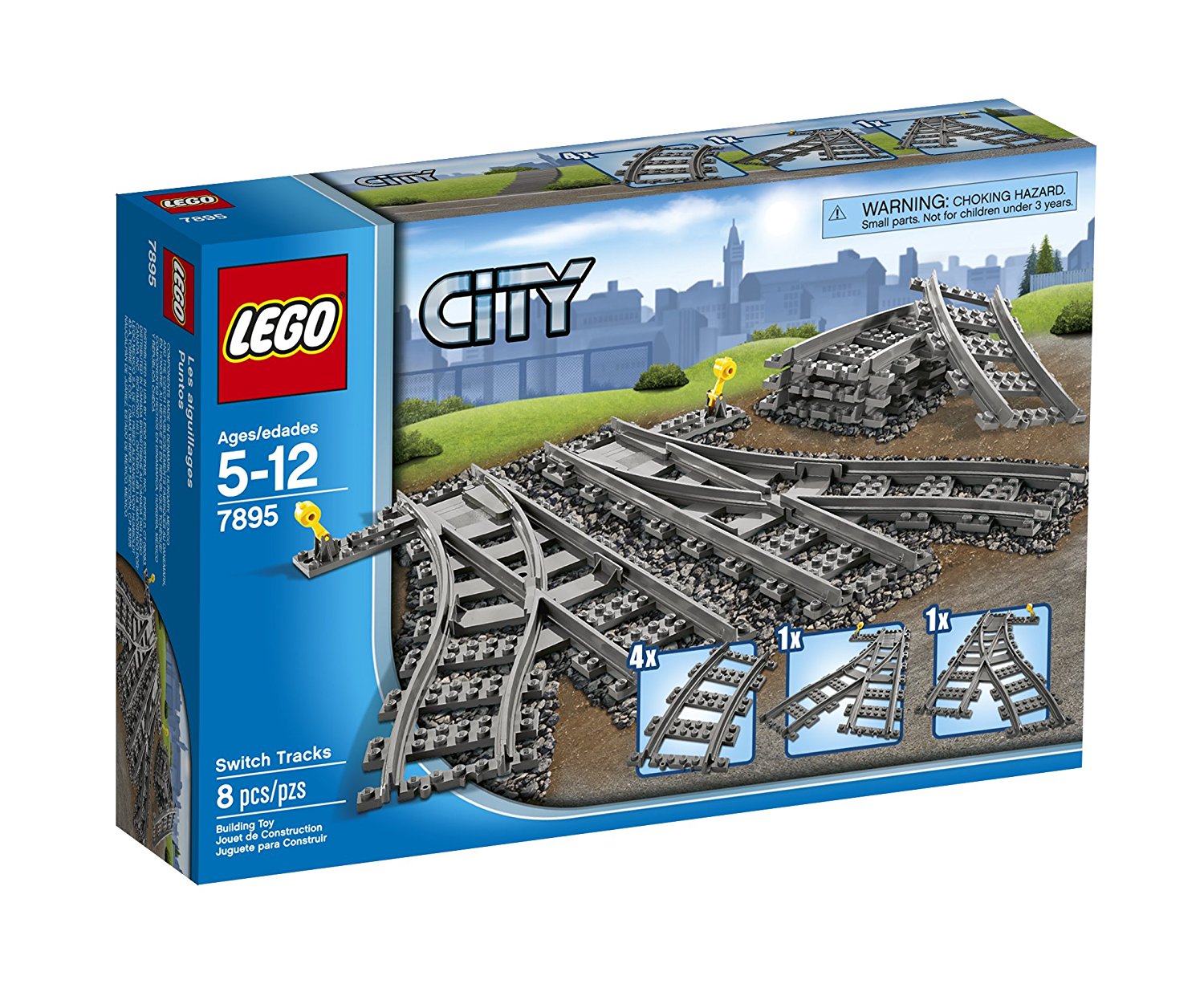 Not the answer you're looking for? Browse other questions tagged piece-information trains or ask your own question.

13
Can I use the old 4.5V and 12V blue/gray era rails with newer trains?
14
Will Duplo trains fit onto a regular 6 stud LEGO track?
2
What are these "rail-style" LEGO pieces?
3
What kind of track is the Emerald Night set compatible with?

15
What's the best way to link two (or more) LEGO Power Functions (PF) train motors together?
14
Do regular Lego trains fit onto Duplo tracks?
1
Is it possible to use a LEGO NXT ultrasonic sensor for a LEGO train crossing?
3
Motorizing Hobby Train 10183
3
What kind of track is the Emerald Night set compatible with?
3
How should I get started with LEGO trains?
6
Lego Duplo Train Track Switcher washable? / Best way to clean them?
5
Choosing scale for train models: what scale is "L-gauge"?
11
12V LEGO train tracks splinter