How would you make a good pivot-arm suspension?

I once tried to make a 4 wheeled Lego robot using a pivot arm suspension system. The robot was motorized using 2 Mindstorm (2.0) motors (one one each side). I can't find and original picture but it looked like this big black one: 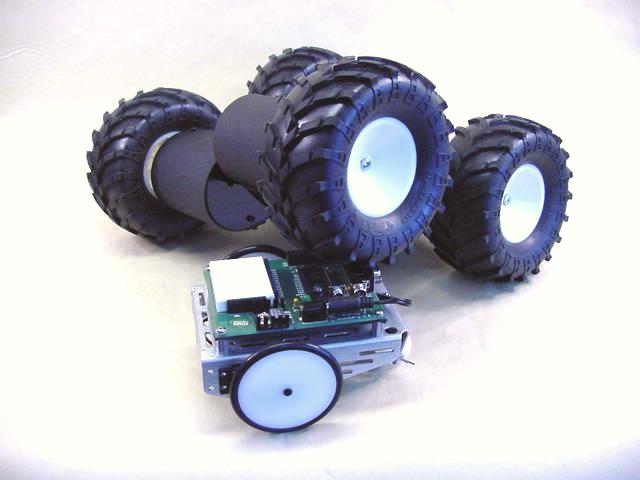 I used a Lego Technic turntable as the single point of rotation between the two robot sides bu the robot sagged a lot and there was so much pressure on that piece that it would not rotate well.

Q: How would you build a 4 wheels rover pivot arm suspension system? Considering that it needs to be motorized thus adding the weight of two motors.

Note: The pivot arm design can be one of those two:

Edit 1: To give an idea of the size, I'm using this Technic wheels. The final model is about 20cm long and 20cm wide. 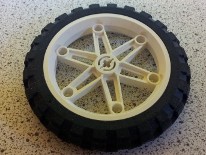 I got inspired by the idea of a vertical Slewing Bearing. I made this “horrible” prototype to demonstrate the principles. 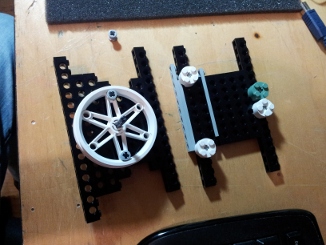 One side of the assembly has a fixed wheel attached to it using multiple pins. The other side has multiple bearings. The idea is that the vertical weight is shared between the bearings (on one side) and between the pins supporting the wheel (on the other side). This way, the axle supports only a part of the weight. In the final design the axle should be much longer and use many bushes preventing the two sides from separating.

This may sound like a naive approach, but isn't the turntable overkill in this case?

Did you try a simple Technic pin peg to connect both parts if the robot, or do you actually need some transmission to go from one half to the other?

If a Technic peg isn't robust enough, maybe an axle would do the trick. I'd suggest using one Technic Axle 8 with Stop (

) which will be attached to one half of your model, then 5 Technic, Brick 1 x 2 with Axle hole (

) which will be attached to the other. Maybe the strain on the axle will be too much (I read it's prone to breaking), but it could be worth trying.

And if that's not solid enough, build a staple of 2x2 round plates around an axle, fix that to one half of the model, and build a hole on the other half to have it slide in (a square hole is fine and easy to build: just a two bricks wide, two bricks high gap and you cover the studs underneath with a tile. Use archs if you want for the higher half, but don't bother for the bottom one). Of course you have to finish the pseudo-axle with something bigger than 2x2 to lock it in place.

And if THAT's not enough, there are 4x4 round plates now with which you could do the same.

Essentially you'll have 4 segments connected to a center gearbox. Use 9 bevel gears in the gearbox, with 6 on the outside. 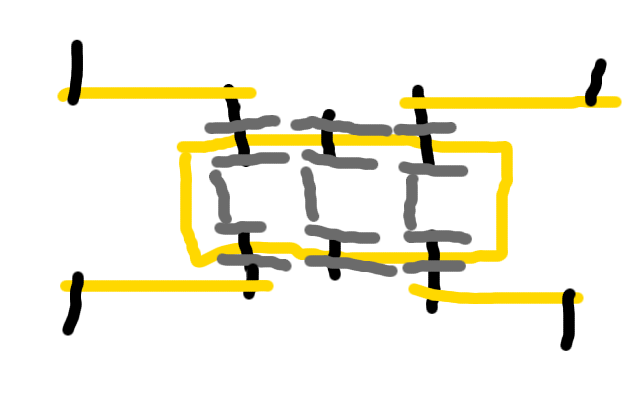 For strength you can have reinforcements going from the gearbox to the other side of the legs to box it in.

Not the answer you're looking for? Browse other questions tagged technic building power-functions robotic or ask your own question.

11
Mechanical auto-unblocking mechanism
12
How to Make a Lego Claw Arm?
12
How to make a conveyor belt with LEGO parts?
2
Which wheels are suitable for Power Functions M-Motor
10
How to make a regular pentagon from technic bricks
4
How to power up MOC-0308, based on Technic 8297 Off-Roader?
6
How do you make a triggered counted ball drop?
19
How can you make a hip holster for minifigs?
2
How to make a Lego continuous conveyor belt
8
If I were to make a LEGO fan how would I make it blow air on me?