Cannot figure out how to simply program Lego Mindstorm NXT robot to follow another moving robot that has a bright LED light attached to it. 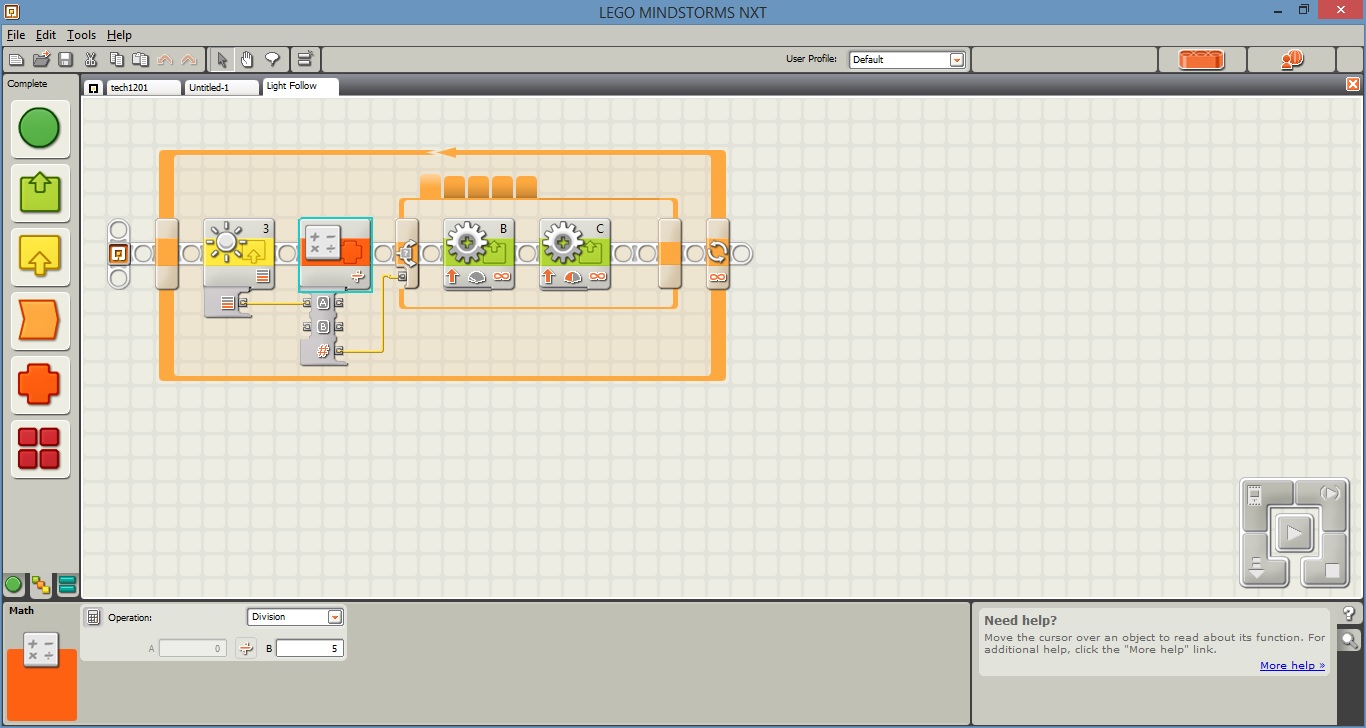 The leader robot has a very bright light shining backwards, but not in a tight beam, rather a wide cone, so it can be seen from the back easily.

The follower robot has the light sensor facing forward, with a cowl around and in front of the sensor in order to narrow its sensing angle. In other words, the sensor is modified in such a way that it only picks up anything if the light source is directly in front of it, not to the sides. This will help filtering out background "noises" (ambient light and other light sources).

Then the follower robot runs this pseudocode:

This way the follower will go after the leader while it is headed in the right way, but when the follower loses the leader, it stops and turns around to look for the light.

You could remedy this by giving the leader a bumper on the back connected to a push button (pressure sensor), and program the leader to only move forward when something (probably the follower) has pushed into its back bumper.

Let me know if you need additional help.

Not the answer you're looking for? Browse other questions tagged nxt programming or ask your own question.

4
Setting priorities in LEGO NXT Programmer
9
NXT motors not moving?
4
Unable to connect to NXT using NeXTTool via USB cable
4
How to minimize the impact of erroneous sensor readings?
2
Programming NXT color sensor with NXC?
5
Lego NXT Exploitation or Vulnerabilities?
4
How to make Lego Mindstorms EV3 robot go in reverse when move steering input comes from proximity sensor
6
How to fix the 4.3V output supply of a NXT 2.0?
1
How to flash a LEGO Mindstorms brick and program it in another language