I've got a three year old who just came home from a ski vacation where he was enamored with the gondolas (like below). 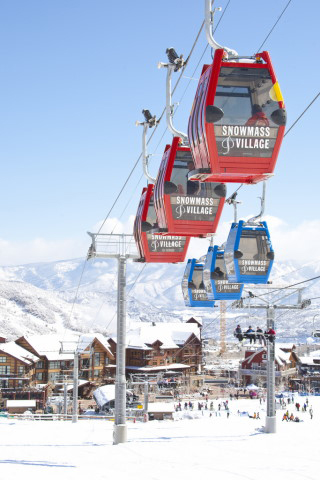 I want to make one with Duplos for him. I'm most of the way there, but have a few specific issues. He has a 21 month old brother, so I can't use regular legos (or I think this would be easier).

I have the cab from this set:

I plan to attach it to the bottom of a regular wheel base (like the wheel base from the same set), which creates the gondola - all good so far. However, I haven't figured out how to recreate the track/wires/etc. without some permanent modifications.

I have a pretty large supply of Duplos to work with (including the large powered train set), and I live in an area with a large Lego Store and a Legoland, so I probably have access to anything that is produced and sold in the US, and I don't mind buying odd sets - I just haven't found something that seems like it would work. I have plenty of duplos to build a little mountain with, and the little guy has sufficient imagination that he won't require a specific color scheme or a skier minifig (which I also haven't found).

I have considered using track, but I don't think I quite have the space for that (as it would take up a lot more) - and would rather do something that appears more like string/wires, as he's very aware of how that works and is very bright and detail oriented.

Specifically size-wise, I plan to build a mountain around 10-20 dots square, and about 8-12 bricks high (this depends in part on how many bricks I decide to use, and on how high it needs to be to make the gondolas work). I would put the gondola 'base' a bit away from the mountain, and the gondola end point near the top of the mountain. Sort of like how Playmobil did theirs: 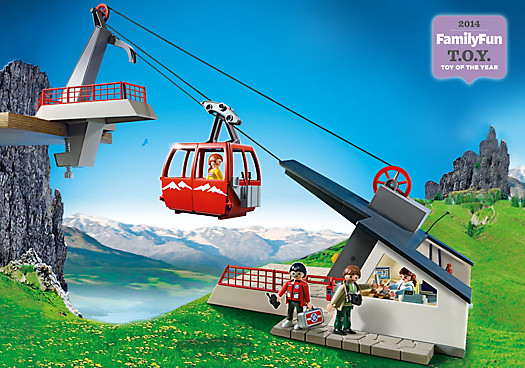 except with a nice large Duplo mountain and a less complex base (I probably would just do a 8x4 platform or whatever size was necessary to manage the setup.)

In particular, I'm looking for suggestions for how to manage the hanging aspect. Since it's on a wheel base, I can put that wheel base on top of strings or wires or something else, but I don't know how to do that within the Duplo setup; I can make large knots or something through small openings in various piece combinations, and use regular string, but I'm not sure I could do that in such a way that the wheels would stay on (These are regular wheel base wheels, so they don't have anything that would help them stay on the wire/string).

For the pulling mechanism there have been several Duplo winches (though I have no idea whether there is a current one, I'm afraid). However, for the track I immediately thought of using those (very sturdy) ribbons that they use around mail order boxes. If you have two parallell and they are pulled tight the wheels might stay on and the look might still be acceptable to your son as resembling wires? 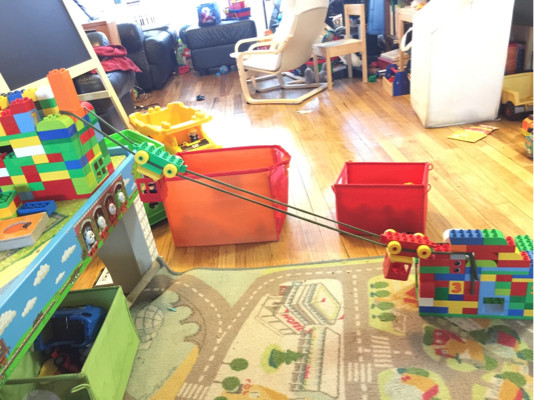 What I have done so far: used a ribbon like suggested, but more of a clothes ribbon. It works well - the fabric fits in the spot behind the wheels and friction is usually enough to prevent it falling back. I have yet to add the winch (not sure it will be long enough but will see when I get it next weekend). I used a simple stack of squares to anchor it - on the bottom needed a bit more support for some reason but nothing fancy.

(The buildings were child made, by the way :)

Not the answer you're looking for? Browse other questions tagged building design duplo or ask your own question.

12
Software to do Duplo train track layout?
7
Duplo Activity table to Lego System Table
8
Any way to create a gear+chain, like for a bike?
11
What is the length of a DUPLO train bridge?
2
How to disassemble the propulsion wheels of the LEGO/DUPLO train engine base part# 28743 drivetrain?
8
Combine Duplo feet with regular LEGO
1
Vertical motion for a power burst bar
5
Technique for holding a horizontal minifig in place (swimmer)