For no particular good reason, I think it would be interesting to build a Lego button that behaves somewhat like the button on a click pen: as you press it, it alternates between a "down" state and an "up" state.

I've researched how pen buttons work and done a fair amount of Googling. I've experimented on my own. I haven't yet been able to figure out how to build such a thing. It's surely possible. Any advice?

Edit: OR I'd accept, as a solution, the official (Googlable) name for such a mechanism. If I can find a number of examples online I assume I can figure out the Lego version myself.

Ok, I have managed to build a working cam mechanism using LEGO Technic. Only thing missing is a big enough spring or elastic band to pull the entire assembly upwards - Still thinking through that part but sharing in the hopes that others can take my idea further (My current best thought is to have rubber bands on the outside of the mechanism pulling the "clicker" upwards.). Here is a demonstration of the mechanism at work (was difficult to demonstrate with just one hand as I haven't lined the walls of the vertical holder enough and sometimes the up/down motion goes under an angle): video on youtube. 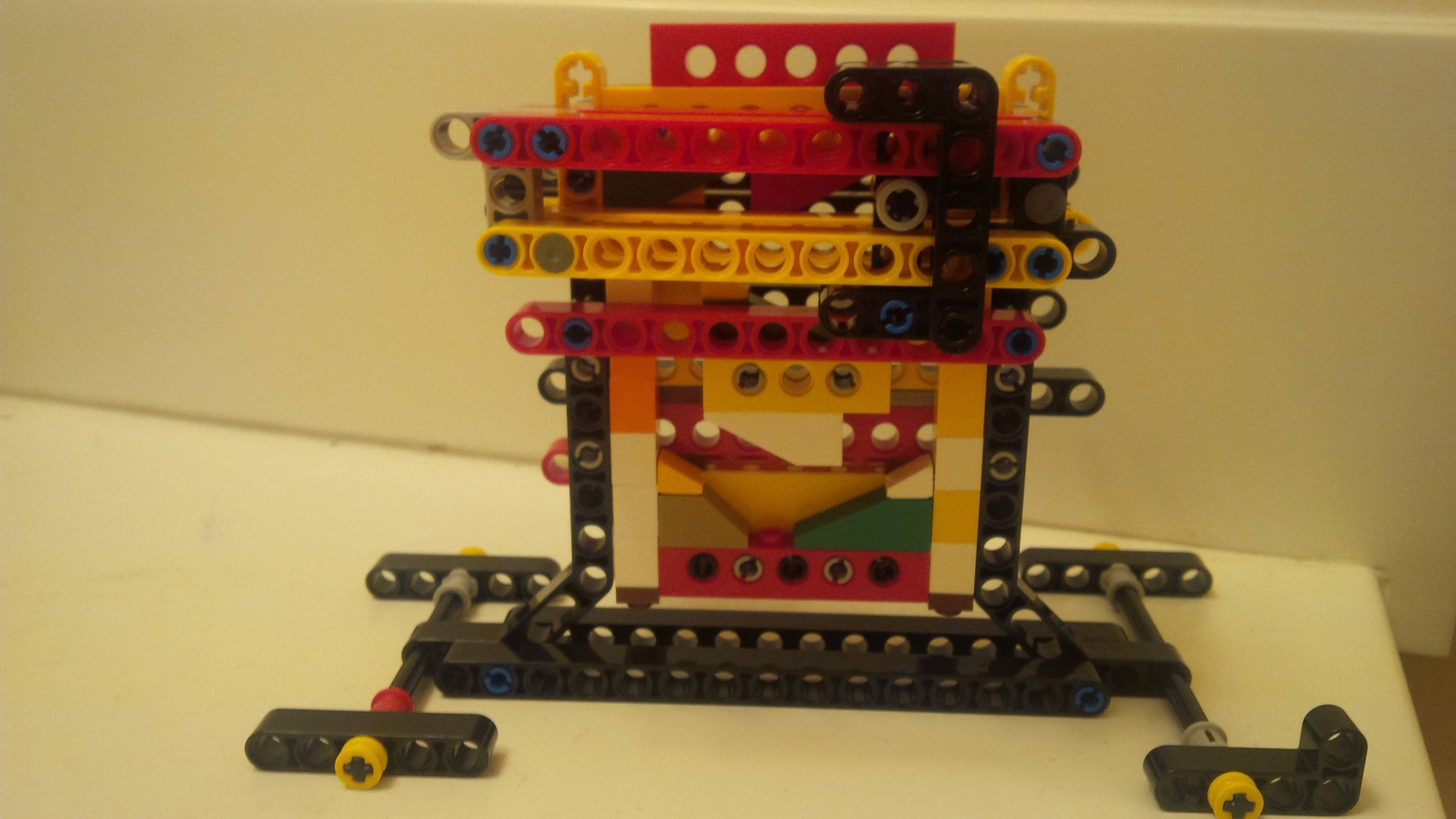 Clicker in the "up" position (i.e. retracted pen): 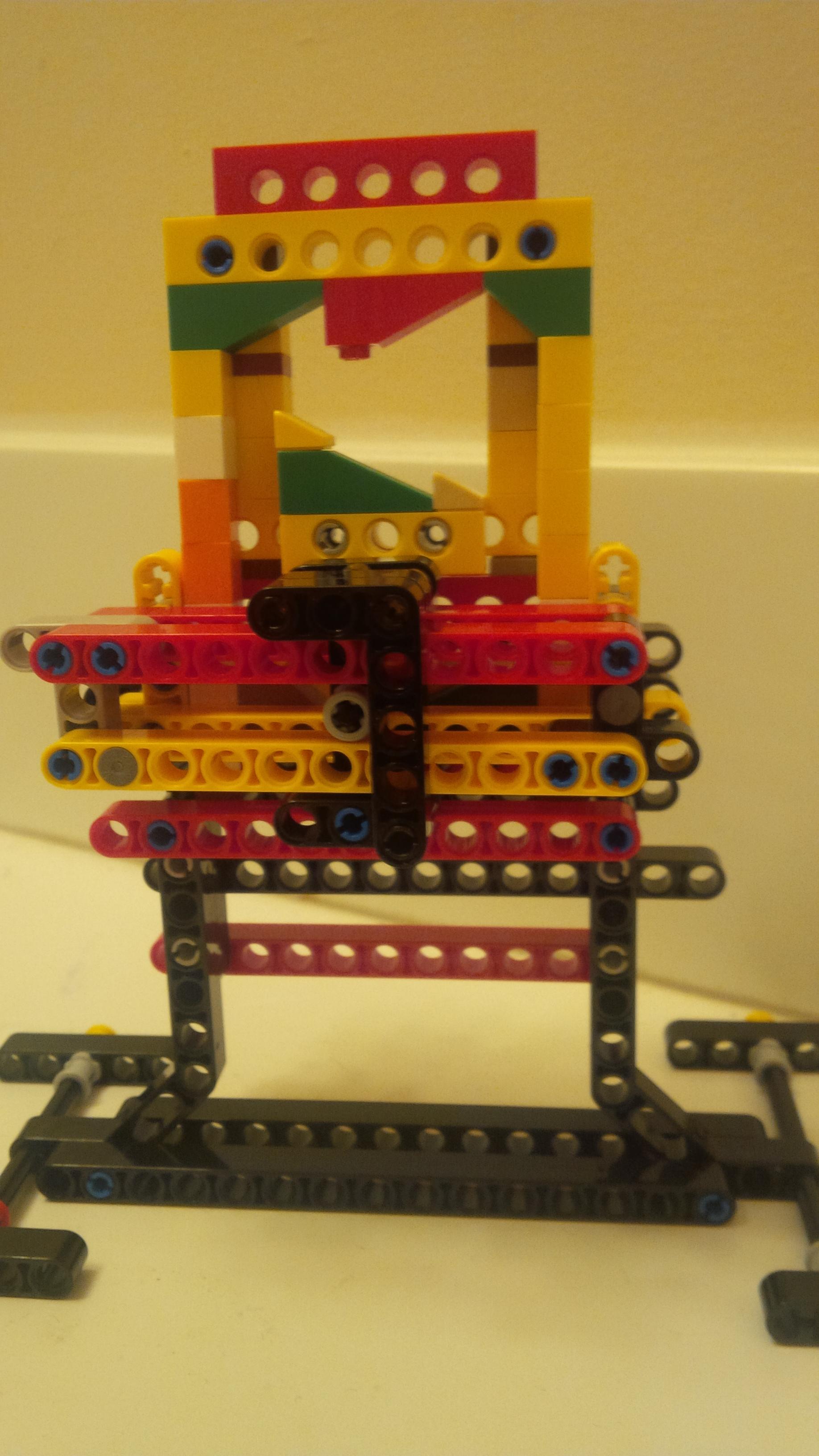 Clicker in the "down" position (i.e. pen out) - my hand is in the picture as there is no spring to provide pressure upwards: 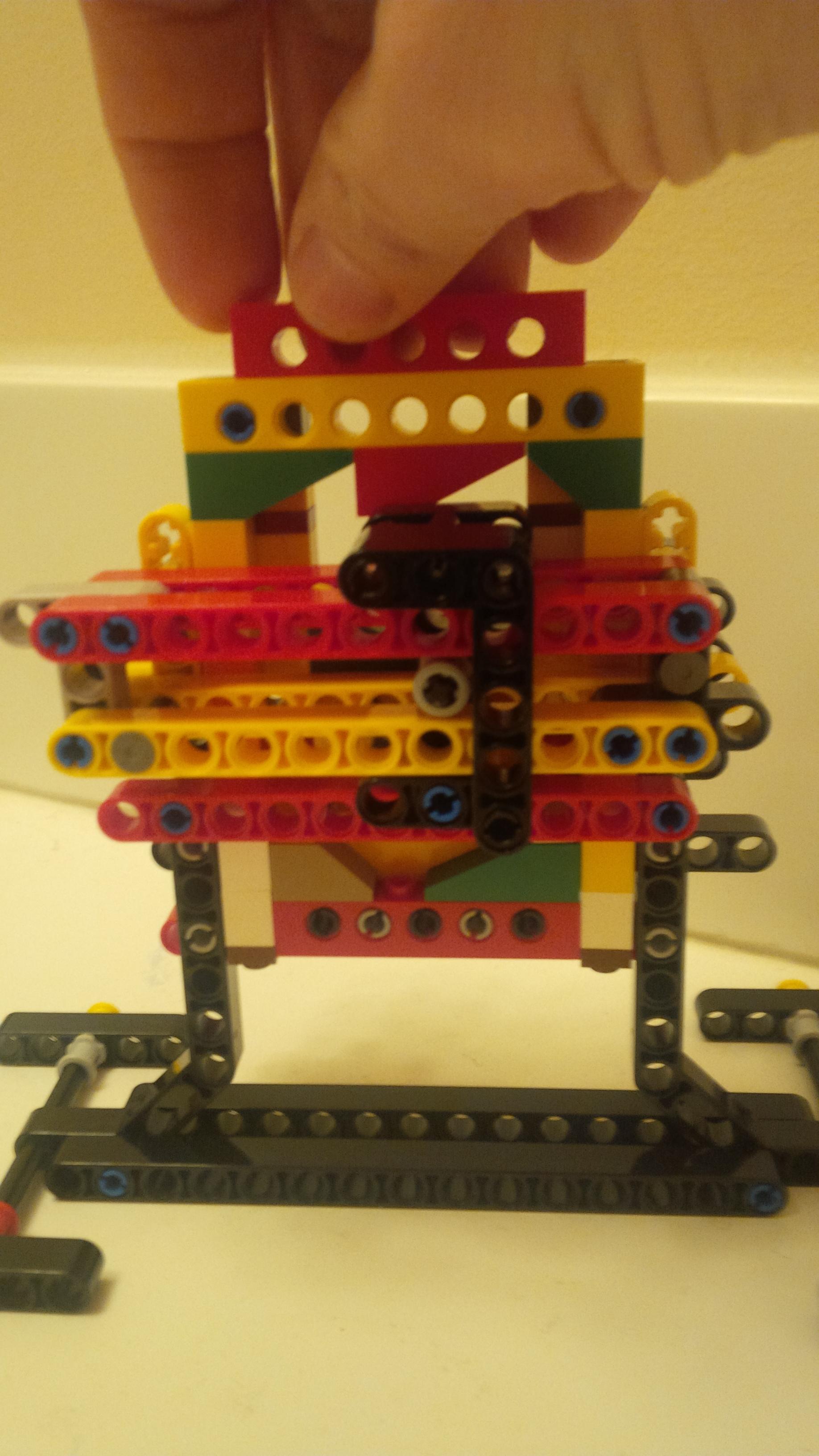 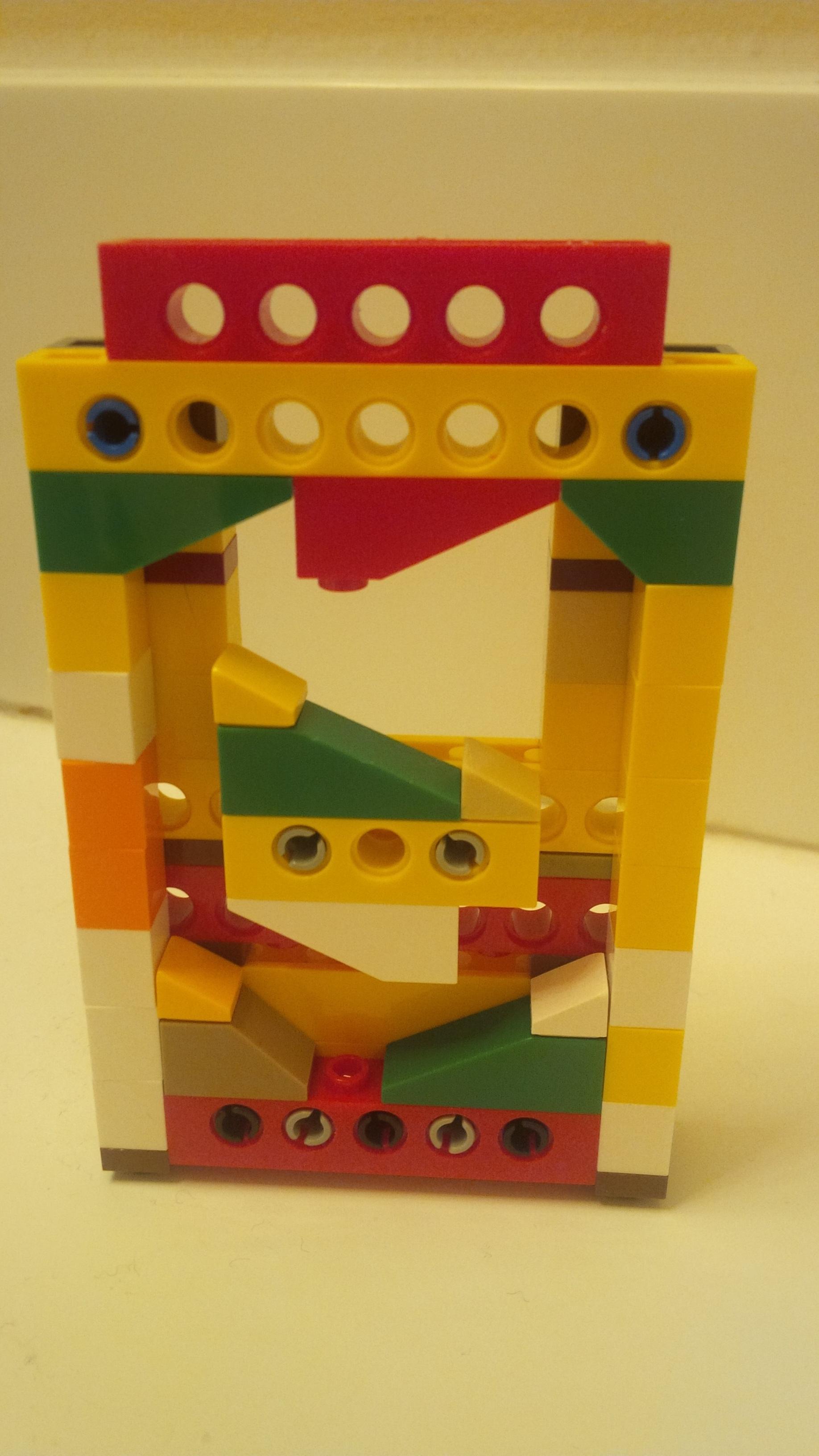 The "ball" - in this case a simple Technic axle with 2 1/2-width bushings on it - is supported in this mechanism, which allows the black part to slide freely from left to right. This "ball" moves around the loop defined by the "cam" from the previous picture: 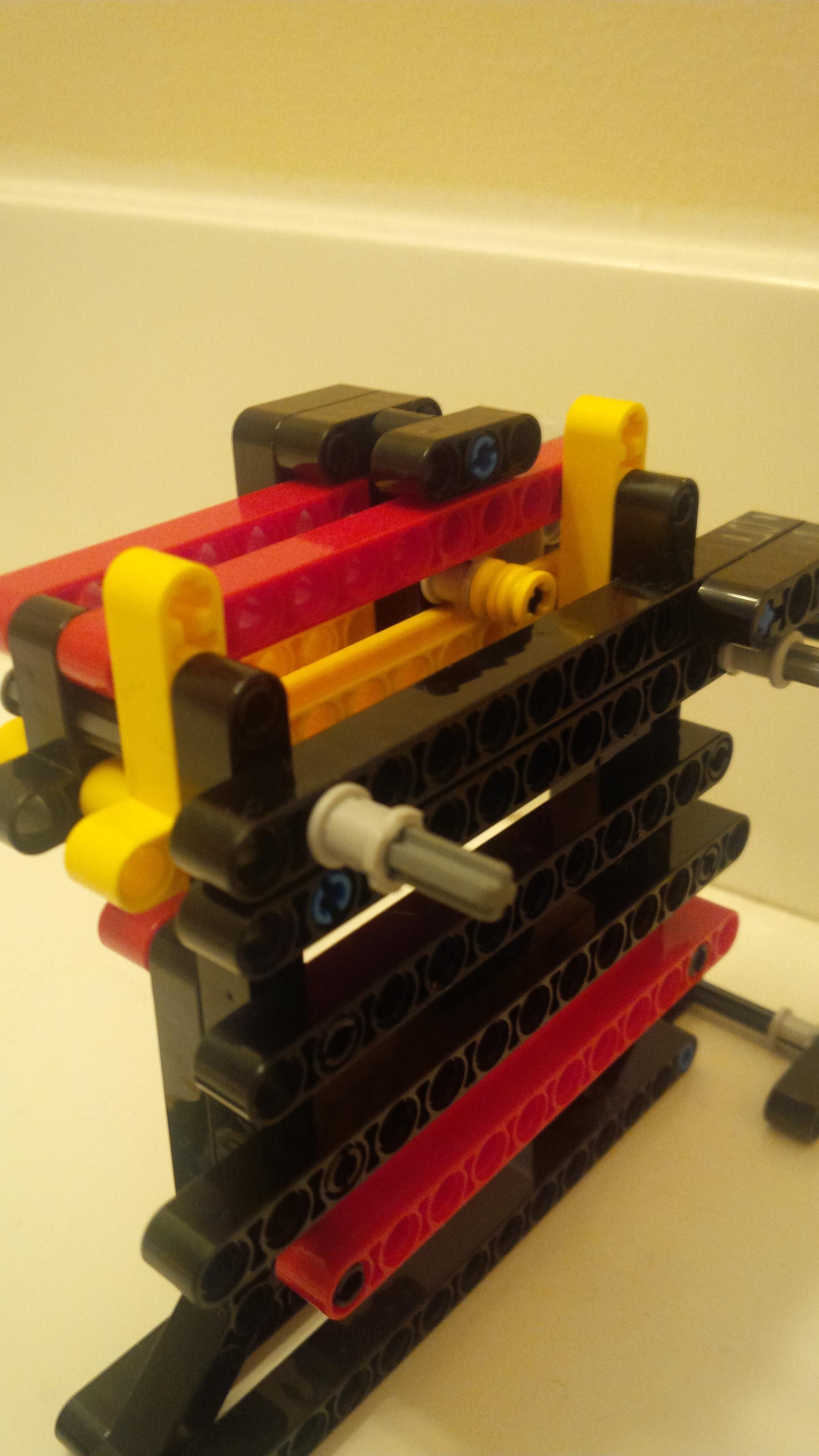 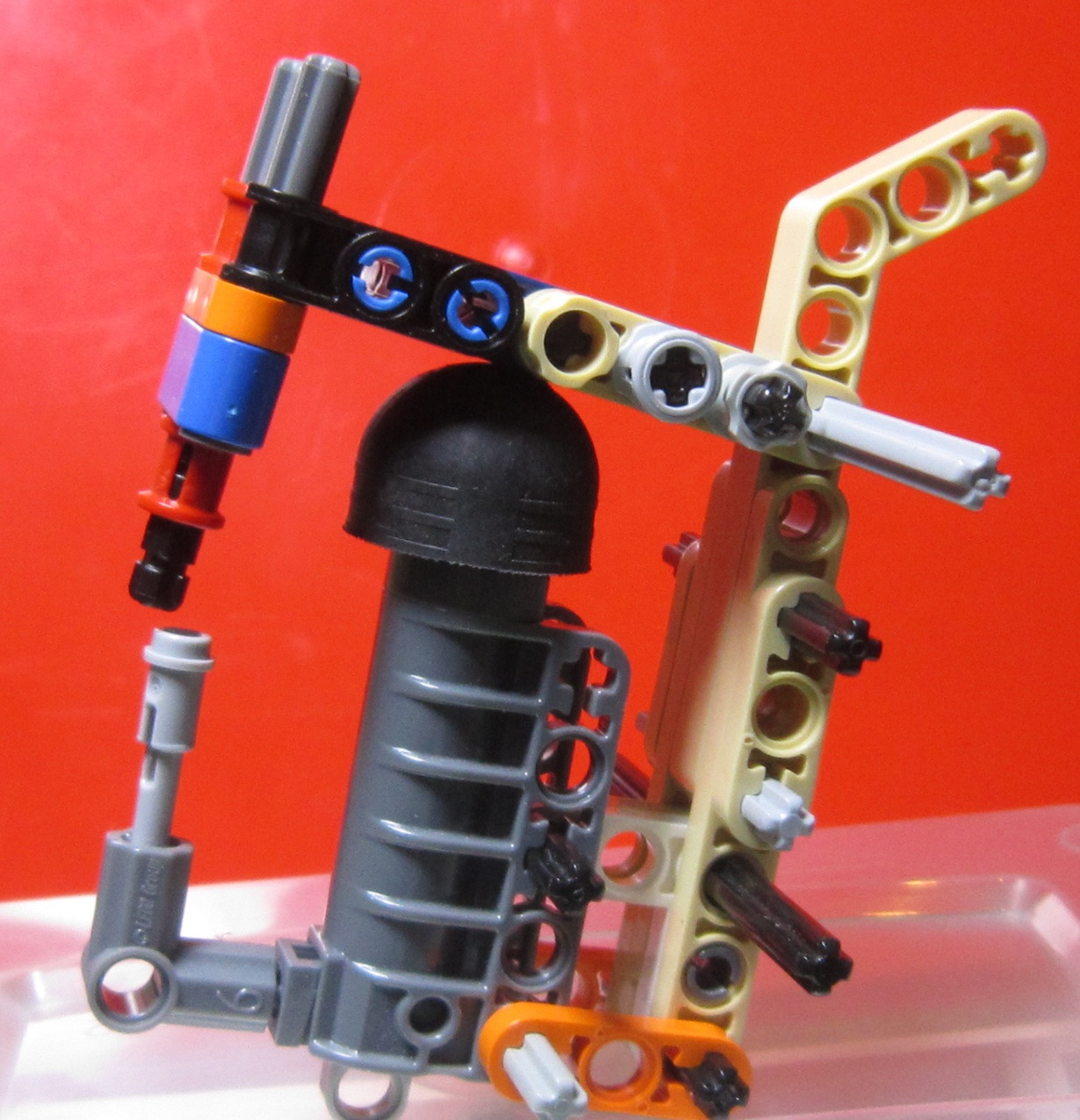 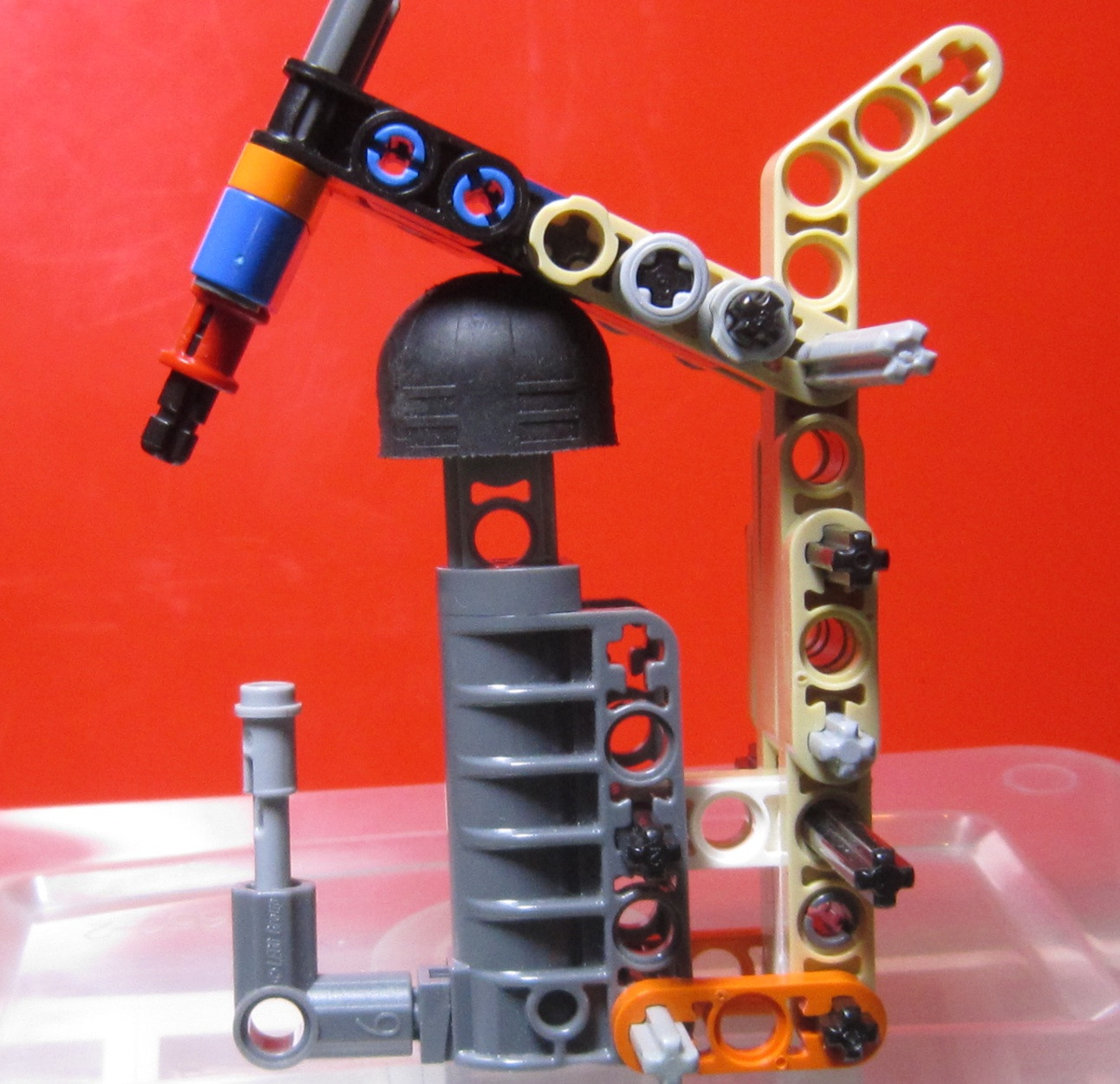 I you press the flat bar at the top it works about 90% of the time.

Not the answer you're looking for? Browse other questions tagged mechanical or ask your own question.