Is a N2 or CO2 paintball tank a viable power source for a LEGO pneumatic Engine?

I would like to know how a LEGO pneumatic engine would perform when powered with a nitro (N2, HPA) or CO2 tank. I have seen a few RC cars powered with air (from soda bottles), so I am wondering if it would be advisable to power such an vehicle with a much more powerful but also heavyer paintball tank.

There are few pneumatic engines designs, like this Lego Pneumatic Engine switchless LPE-V4-DIHC or this Lego 1500 rpm V8 or this (defective) LEGO V8 pneumatic. 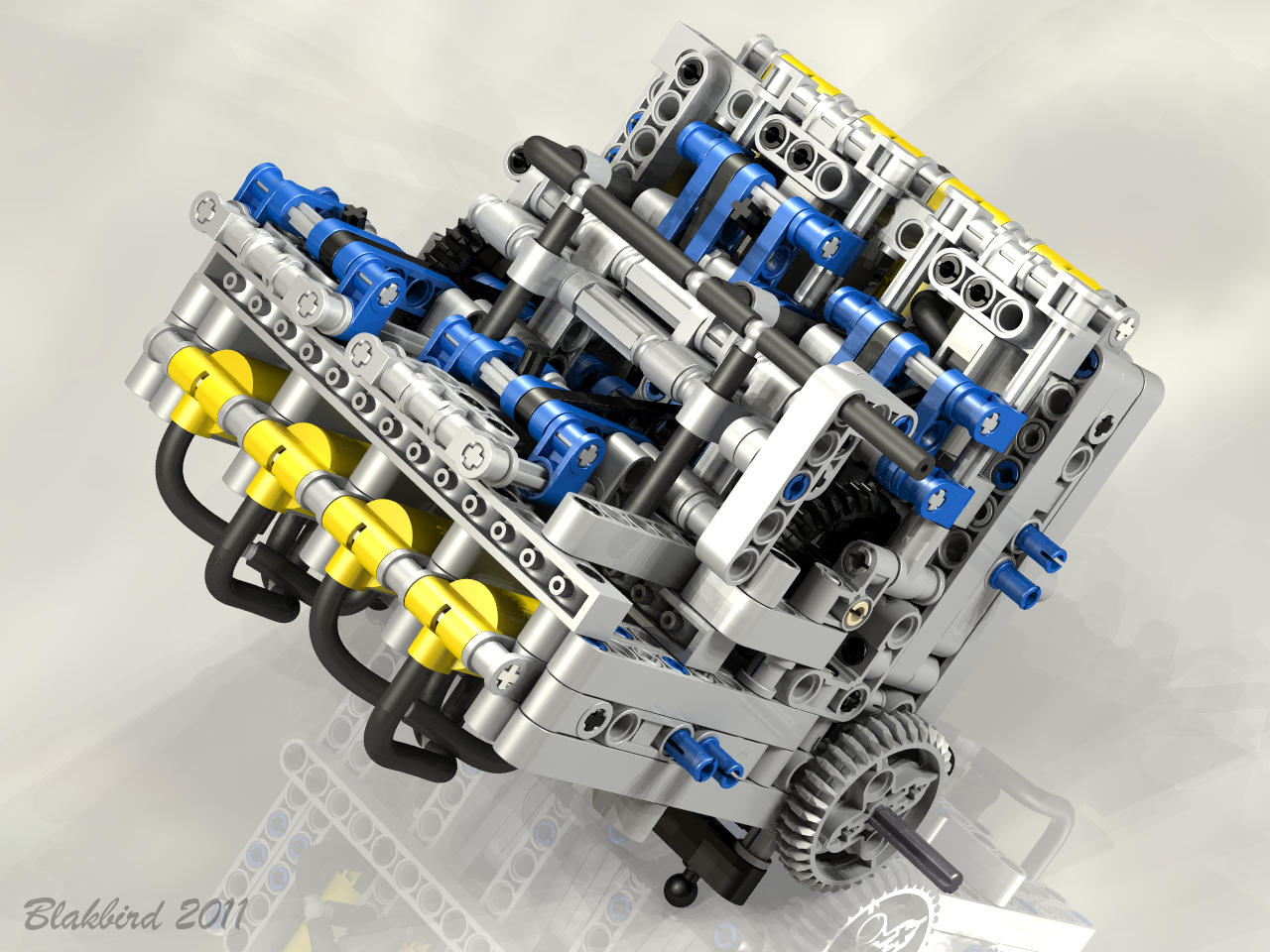 I am not building one yet. But I am very... very curious about how effective such an engine would be when powered with a paintball tank... for how long would it be able to run? Has someone already tried that?

There have been RC cars with LPE engines but all I have seen was powered with soda bottles. I am planing an RC car of my own and I'm going with a simple electric solution but, an LPE would be sweet if it worked for more than a few minutes.

Precisions: I would like to know how long such an engine could run with a 45/4500 N2 tank for example.

@Joubarc found that such engines can run with a max of 90psi. The inline-4 on that page runs at max speed with a 4bar (58psi) intake (like most other LPE I saw). It means that we can expect slightly higher pressure requirements if the engine is delivering power to a system.

N2 tanks are simply filed with air which is cheap (when you have a compressor ;) With the example of a 45/4500psi tank how long could the car run?

Also comes the question of the weight, with a carbon fiber tank weighting over 0.8kg is it really a good idea?

Would CO2 be a viable solution? With a maximum of 6bar should I expect condensation in the pistons? Would it really be a problem to consider?

Simply put do you know if this would work. If not, have you heard of any example that was successful or an epic fail?

Edit: I received an answer from LPEpower:

I have no experience with long term running engines using co2 tanks, but the engines do run fine with them. Perhaps you could warm up the co2 coming out of the cartridge a bit, to prevent condensation. The real danger in my opinion is the low temperatures that the expanding co2 gas creates. Those are not good for the rubber seals. So if you'd manage to heat up the gas using a coil wire wrapped around the intake tube, connected to some batteries, you could prevent that from happening.

I guess I should probably forget about the CO2 and invest in some HPA gear.

Apprently, it is possible to generate up to 37psi with LEGO pneumatics parts only.

LEGO penumatics can withstand more, however. Engines similar to the one you want to build can work with a recommended pressure intake of 90psi; a maximal (but not recommended) of 120psi is mentionned.

So I think it all boils down to the pressure your N2 or CO2 tanks can generate, under 100psi should be OK. If not, I suppose there could be some way to get it down to that level.

As for using N2 or CO2 instead of air, I don't think there is much reason for concern, since both are faily harmless and present in air anyway.

You shouldn't use a CO2 tank with the pneumatic cylinders because it could pop the pistons out of their casings. I would take some pop bottles (2 liters), glue some T-shaped connectors in the lid and fill it with air using bike pump.

Warning. Do Not Go over 100psi with these pop bottles or they will explode. So wear saftey glasses when filling them.

Not the answer you're looking for? Browse other questions tagged technic pneumatic or ask your own question.

37
What are the best options for building a LEGO RC car?
12
How to make a conveyor belt with LEGO parts?
5
How important is a center differential on a 4WD model?
4
How can I power my LEGO pneumatic engine?
3
How many pneumatic actuators does one air tank support
6
How do you make a triggered counted ball drop?
5
Electric motors - what for beginning?
16
Realistic Lego car sets containing gearboxes and engines?
2
Lego Pneumatic Engine: Possible Damage from Baking Soda and Vinegar?
4
Interface A missing PCB