How can I make a working pin tumbler lock?

I'd like to make a working pin tumbler lock out of LEGO bricks. I have already designed a key I'd like to use that should be compatible with five cylinder lock. 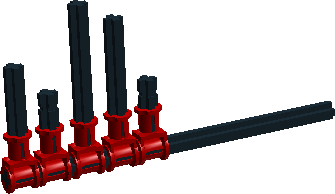 This would push the pins up and down like a normal key would. 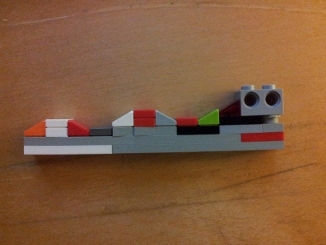 Here is the basic system. I don't have time to build to whole thing but this resolves the main problem and proves the feasibility.

The main problem was to reproduce the pins system with LEGO bricks since each pins needs to have different lengths. Early in this project, I wanted to have a 'analog' approach of setting the pins length so to not be constrained by only stacking plates. For that I used axle perpendicular-joiner (6536) on an axle to build the driver pins (top pins):

The key pins (lower pins) are caped with angles connectors (32013) creating the needed round tips on which the key can push. 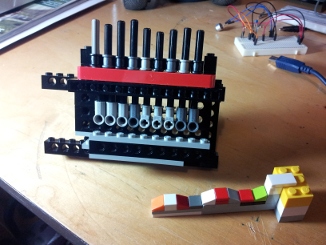 In the following picture the key is now inserted and all the driver pins are now flushed. In this position ther driver keys are not engaged into the beams that are part of the rotating module. This enables the key to turn. 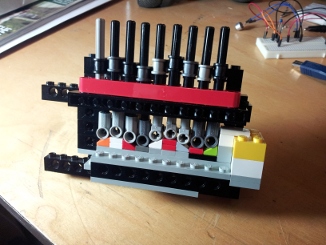 If the wrong key is used or the key is not inserted correctly, the pins would be either too low or too high engaging into the beams that are part of the rotating module and thus preventing rotation. 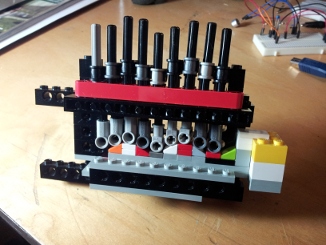 The biggest downsides of this system are the size and the fact that the driver pins are not pushed down by spring but by gravity. Both of those troubles are put to shame by the total awesomeness of having a functioning pin tumble lock made of LEGO bricks.

Not the answer you're looking for? Browse other questions tagged technic building design or ask your own question.

14
How can I build a human-scale Lego gun?
26
How can I use more than three motors with one NXT brick?
11
How can I make a brick-built wheelbarrow?
9
How can I blow a stream of air for up to two minutes at a time?
7
Which type of LEGO bricks would be compatible with the Mega Bloks Blind Bag Figures?
12
How to Make a Lego Claw Arm?
2
How to make a Lego continuous conveyor belt
7
How could I make a playable LEGO piano?
8
How can I complete the build of this Lunar lander from the Space and Airport Set (9335)?