What are the tiny, single-peg, statuette figures from the SHIELD Helicarrier called?

As this video and this report show, the Marvel S.H.I.E.L.D Helicarrier comes with a number of decorative, single-peg statuettes / figures, representing in tiny scale: 8 agents, Nick Fury, Iron Man, Hawkeye and Captain America.

The short, armless minifigures from the LEGO board games are referred to as "micro-figures" / "micro figures", but what are these tiny, single-peg statuettes from the Helicarrier set called?

Towards the end of the video, the designer refers to a plate printed with a road as usable with "all your microscale creations". I assume this means the single-peg figures could be called "microscale figures", but I'd like confirmation / clarification.

As you say, the figures used in the LEGO Games are called Micro-figures - these appear to be based on LEGO Part 90398 - Minifig Trophy Statuette, while Marcus refers to them as "Tiny Figures" in his video, the press release that is talked about on most of the sites calls them "micro-figures" as well - I guess LEGO can't call them "Nano-Figures" as that would clash with NanoBlocks - and most of the Games are now retired, so they can re-use the term.

I've just received an email from LEGO promoting the S.H.I.E.L.D. Helicarrier proclaiming the "introduction" of "Microfigures":

I suggest calling them "trophy figures". Here is my reasoning:

First, we need to understand a key term: Microscale. In Lego terms, microscale means anything smaller than minifig scale. Here is the definition from the Lego MBA Designer Handbook: Kit 2 - Microbuild Designer:

By that definition, both the traditional "microfig" found in the games and a few other sets as well as the statuette would be considered microscale.

Nonetheless, Lego has provided at least one source that names the figure generically, the Lego Digital Designer software. There, part 90398 is named a "mini figure trophy": 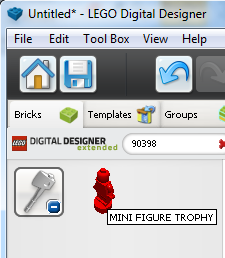 For comparison, here is the traditional microfig in the LDD software: 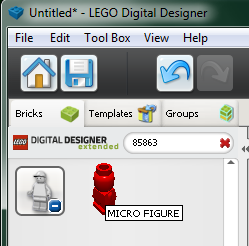 Several online sources use the term "trophy statuette", including Bricklink and Rebrickable.

Based on these sources, I would call the new figures "trophy figures".

There was one previous example, by the way, of this part being printed with character detail in a set: 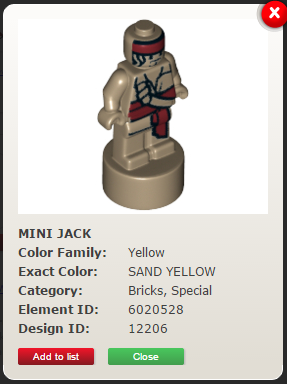 I always thought they were called "microfigs", just as the normal LEGO people are called "minifigs". But I'm not the definite source you seem to be looking for :)

Not the answer you're looking for? Browse other questions tagged minifigures terminology micro-scale microfigure or ask your own question.

6
What are the armless minifigures from the LEGO boardgames called?