How much does an average LEGO brick cost to produce?

I know that LEGO bricks approximately sell for 10 cents per piece but what does it cost to make an average brick?

I found that looking to the website http://www.custompartnet.com/estimate/injection-molding/ is a great help to figuring out how much stuff costs. 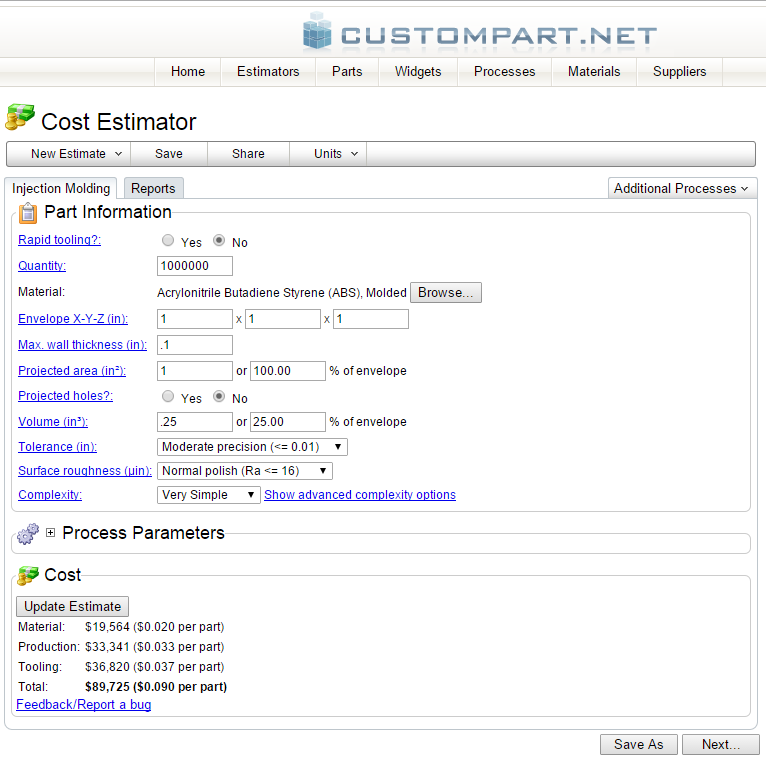 I started with a quantity of 1 million, as Lego would make bricks in huge quantities.
Small envelope of around an inch for the standard brick, .1 in thickness on the top is the most, looked up the volume online, and chose the other options logically.

Material and Production is all we care about, so...

It might even be a little cheaper assuming they produce in China.

There is no official production cost information that I'm aware of.

There's cost related to research, set design, mold making, the actual plastic pellets, packaging, shipping, marketing. Then there's money coming in from video games, and they might actually lose money on the theme parks. Some of the inventory is sold at discounted prices, some might be stuck on shelves or warehouses for years.

I was also wondering that and searching internet about it and I found a detailed research about the LEGO prices in http://www.realityprose.com/what-happened-with-lego/

However, there is more detailed and interesting information at the link above.

If you do the maths, they must produce under 5 cents/unit in order to sell those bags on profit.

Not the answer you're looking for? Browse other questions tagged manufacturing or ask your own question.

11
How can I make custom LEGO packaging?
24
Where and when did the straight block letter LEGO logo appear on brick studs?
21
Are LEGO bricks recyclable?
9
Does Toy 'R Us (or more expensive-than-average) retailers have more extra parts than average?
11
Why is there such a small supply of dark red 1x4 bricks?
9
Factories that could make off-patent bricks?
3
Are there LEGO compatible CAD Files For Injection Mold Manufacturing?
5
Is it possible to make inverted slopes with solid studs
6
How are LEGO bricks packaged?
4
Is a brick with a smaller Lego logo real?