Can you use a beveled gear as a pinion?

I would like to use the PF servo motor for steering, however it is very large - I was playing with the idea of having it mounted vertically, and then using bevel gears to change the direction of the motion, however that introduced too much play into the steering system (even with only two 12t double bevel gears)

I would like to know if there is any good gear/spacing for driving a rack via a bevel mechanism, preferably as small as possible and with a vertical PF servo motor

(P.S. - yes, I know the micro-motor would probably be better for this..)

Seeing a picture of your progress would help tremendously. The way the question is worded, it sounds like you were wanting to drive the beveled gear directly from the servo to the rack at a 90 degree angle. This won't work for two reasons: 1. The majority of Lego racks are not beveled. 2. The rack moves fore and aft as it moves side-to-side, which would disengage the gears.

I threw together a rough, working rack & pinion setup with beveled gears to get a better understanding of the play you may have been referring to. You didn't mention which type of beveled gears you were using so I tried it with two of the most common types. My only 2 "PF Servo Motors" are deeply embedded in other vehicles at the moment so I used an "M" motor in it's place. Because of this I could not compare the two for "play" in the output shafts.

In both applications the majority of the play I observed was coming from the motor itself, not the gear mesh. I also don't have a clue as to how you built it verses the way I did. Because the gears and size of the assembly seemed to be your priority, I placed the motor in a more compact position. The orientation of the motor and which way is "up" can easily be modified per application. 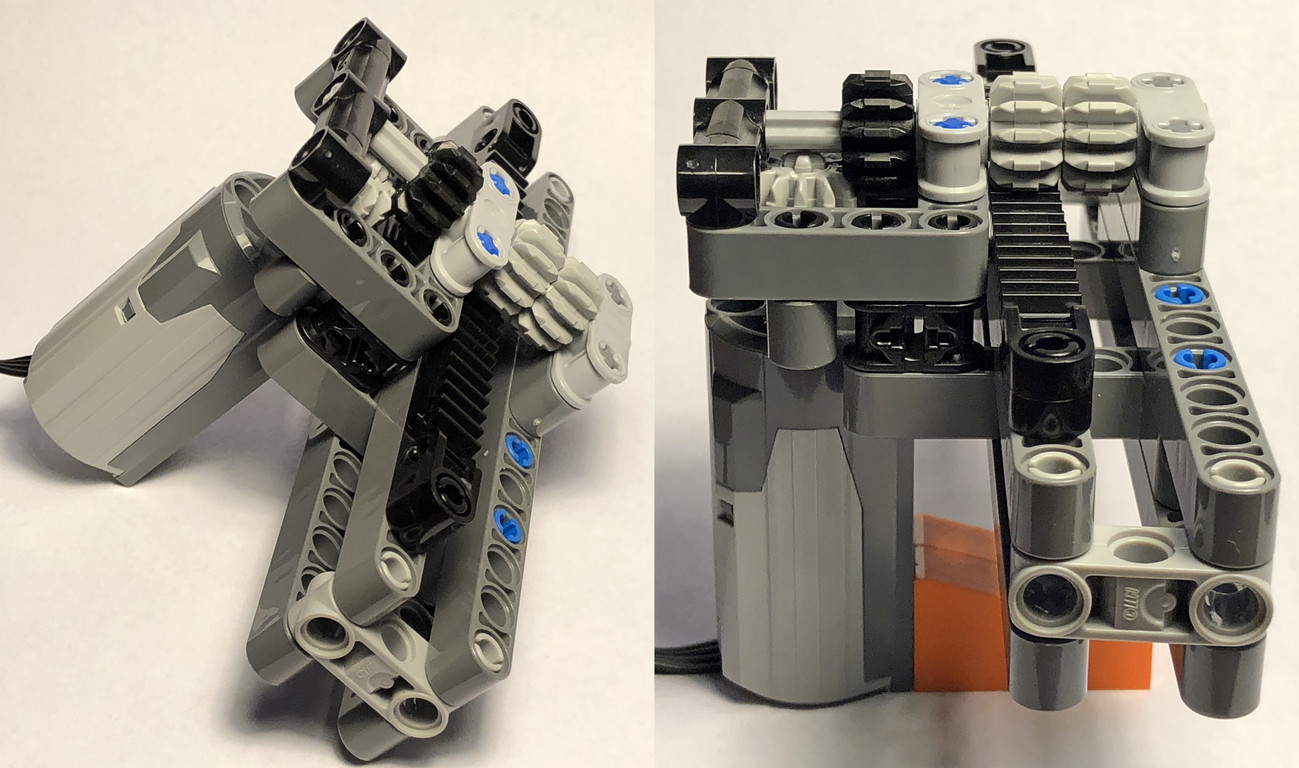 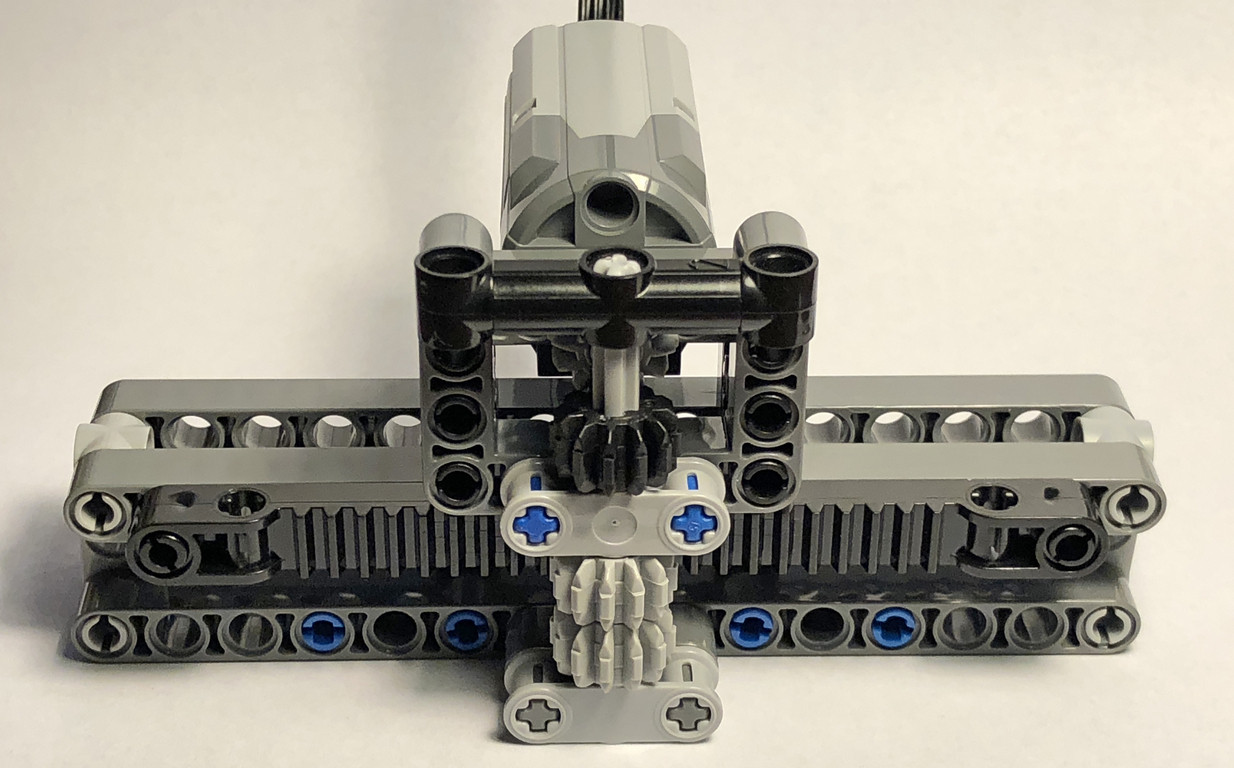 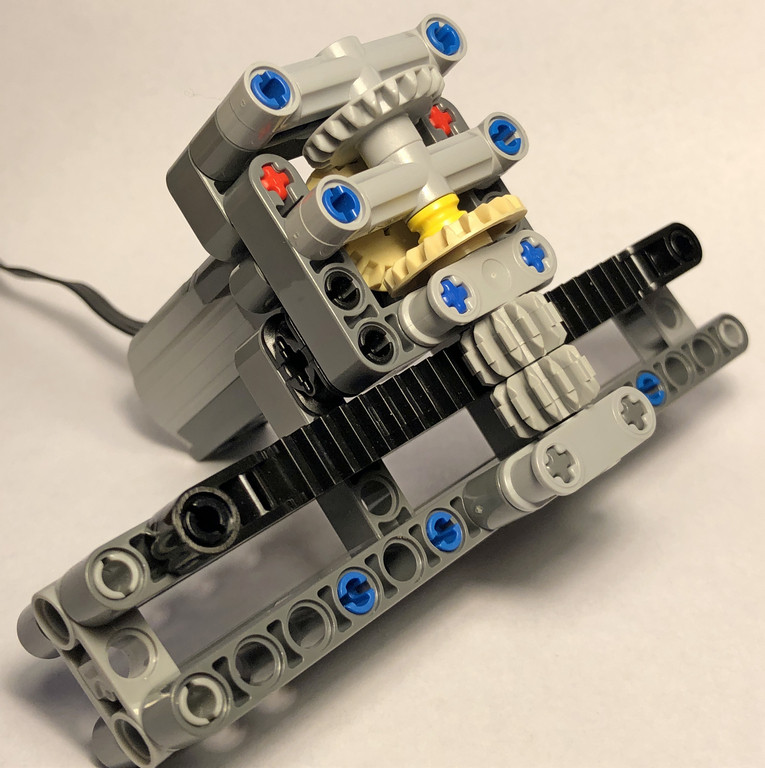 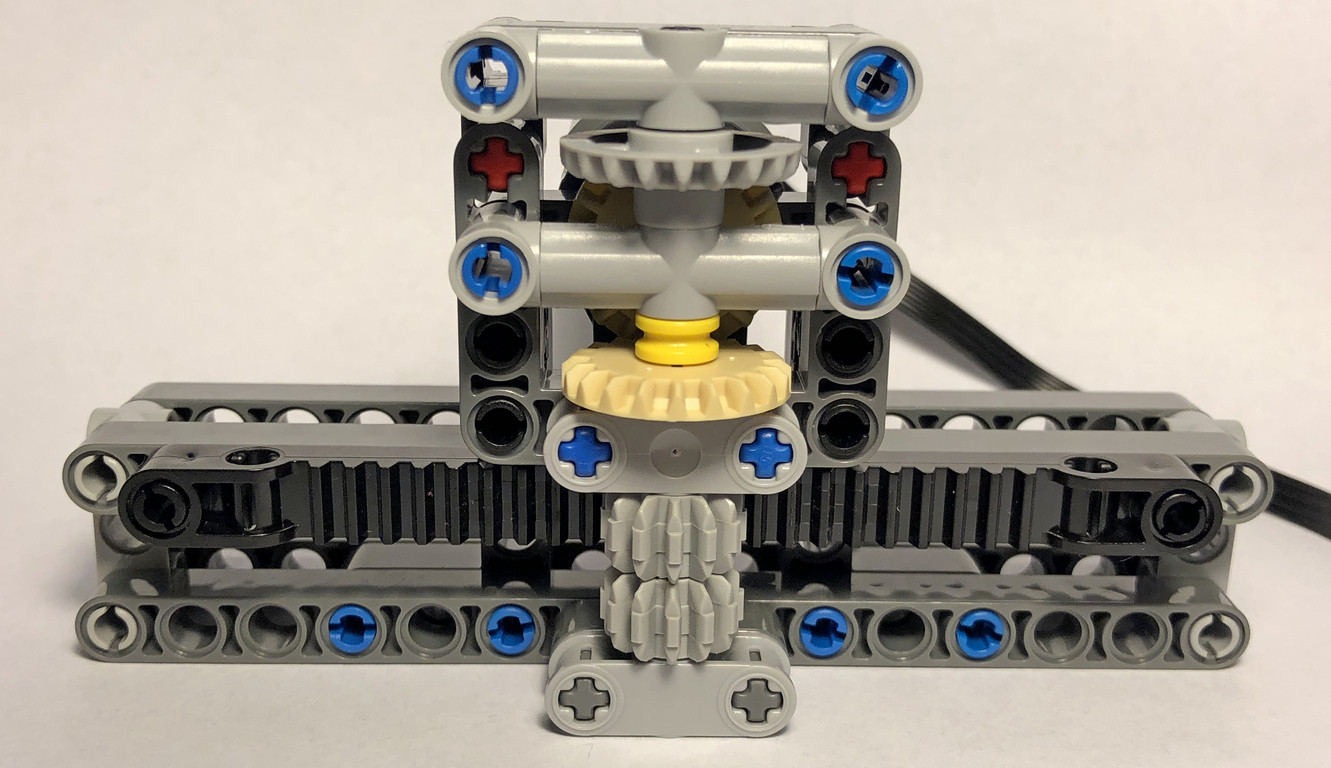 Both set-ups had very similar play, all of which appeared to originate from the motor. I did try the smaller "6589 Technic, Gear 12 Tooth Bevel" but it seemed to exaggerate the play. This is possibly from the lack of an idler gear and/or from the greater angle of the teeth, needed for the smaller gears to mesh. I therefore excluded it from "working prototypes." When comparing the "play" in the assemblies that I built verses the steering on my 2 vehicles with the Servo Motor (set# 41999 & MOC using 88004) there was no noticeable difference. In other words, I think this is as good as you can get using modern Technic pieces without some bulky over-engineered steering assembly.

My last thought on this takes us back to my earlier comment, "The majority of Lego racks are not beveled." Another option, and perhaps the easiest and most compact, would be to retro-fit the older rack pieces parts# 2790, 2791, 2792 into your build. These parts were pretty much made for this type of thing. Here's a couple pictures from set# 8832 for reference. 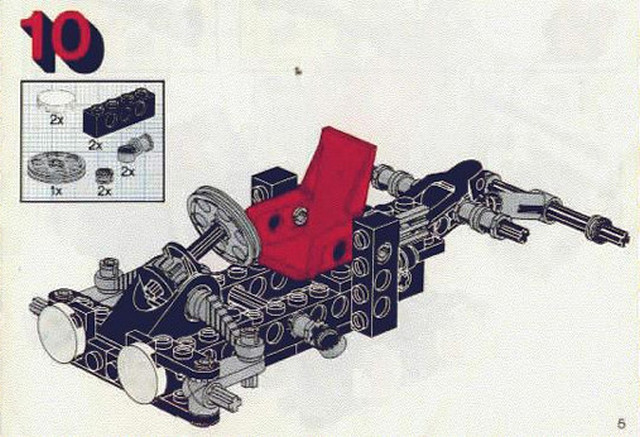 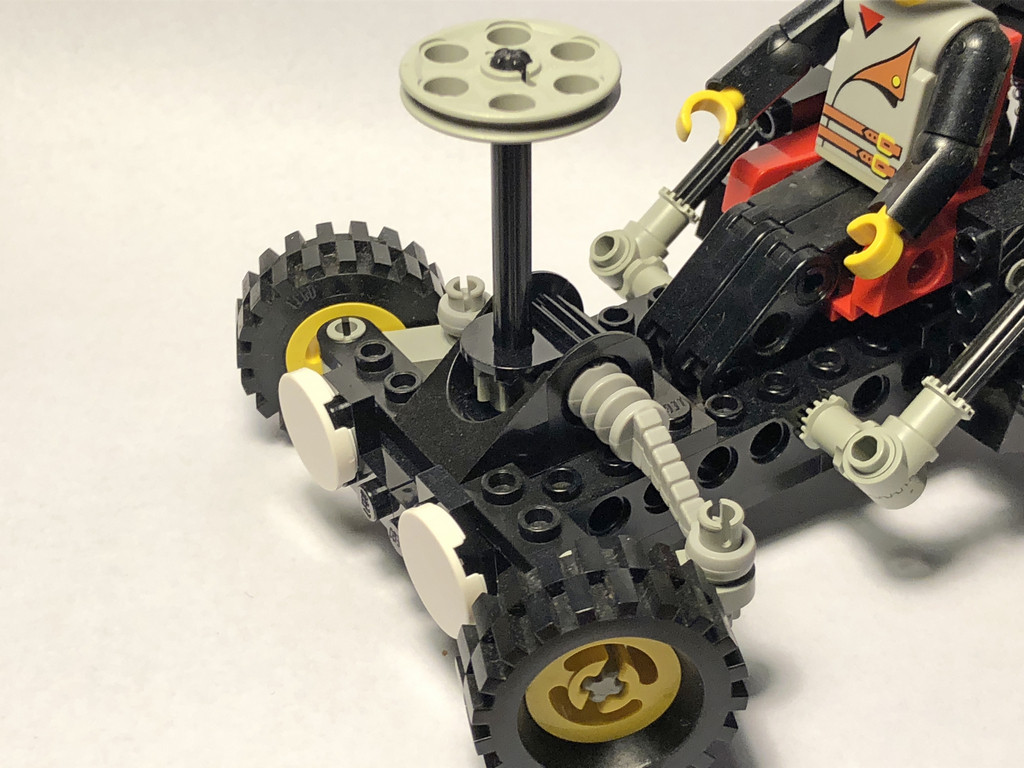 Too much backlash (play) in LEGO gears is an universal problem that unfortunately can't really be mitigated since all compatible LEGO gears are designed with very loose tolerances compared to professional gears.

According to Sariel the bevel gears you tried using already have less backlash than regular gears, so you can't really expect any improvement by switching to another gear type. You could however try using worm and larger bevel gears, this would supposedly provide the most precision achievable with gears.

If you plan on mounting the servo motor vertically then you could skip rack and pinion steering and connect the steering rods directly to the axle of the servo, eliminating all gears and their inherent problems.

Not the answer you're looking for? Browse other questions tagged technic gears steering or ask your own question.

16
How can I fix a flattened gear?
9
Strongest gear configuration
2
Parts/Step not fitting ( technic / gear not aligning)
6
Which combination has a lower gear friction?
16
How much tension can I expect to get out of a LEGO chains before it starts to give away?
3
How to Motorize the LEGO Mars Rover
3
Clutch gear test
7
How can I improve my rackless steering design?
5
How to best transfer power at 90 degrees for high torque applications
3
Lego Technic 60C01 Clutch Gear Bore size