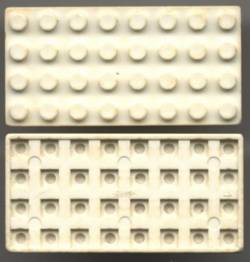 The white blocks with clear inserts could be wheel holders, made between 1959 and 1992:

Or some kind of light brick: 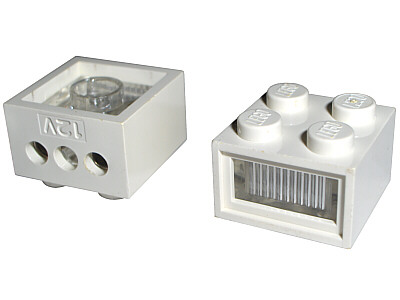 It sounds as if your bricks are relatively old, probably made sometime in the 60s. If some of them look a little distorted and don't grip very well, they're probably made of Cellulose Acetate rather than ABS, which would fit with the dates.

To provide any degree of accuracy, however, we really need more information, preferably photos. Also, it might help to know what part of the world you're from, as back in the day there were sometimes different sets for different markets.

The white blocks with clear inserts (provided they have LEGO markings, a clear side window and 2 or 3 holes on the other side - I can't tell because you didn't post any pictures) could be 08010 Electric Light bricks, which were produced between 1980 and 1987.