Is there a functional difference between bricks w/ and w/o bottom tubes?

Are both of these always interchangeable? If not, what are the cases where you would absolutely need no bottom tubes?

Parts with and without bottom tubes are nearly always interchangeable in normal building scenarios.

However, there is definitely a functional difference. Not having bottom tubes generally does the following: 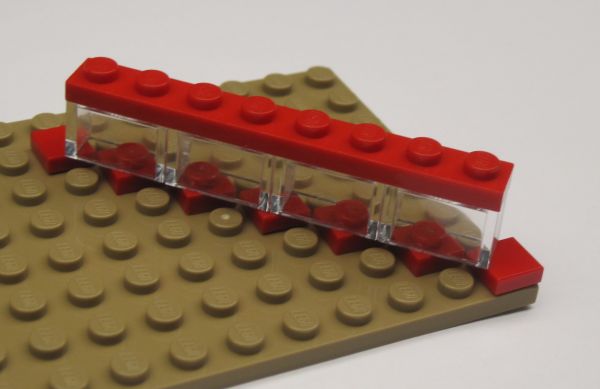 Are both of these always interchangeable?

Yes and no. They are 100% compatible with the standard LEGO building system, but you may be able to use the bottom-tubeless elements in arrangements that wouldn't work with a standard brick, and vice-versa.

If not, what are the cases where you would absolutely need no bottom tubes?

They've almost been completely discounted as of 2002, partly for those structural reasons. In fact, only 11 sets since 2002 have used them, compared to hundreds during or before 2002.

There's one exception to the lack of use of bricks without bottom tubes: Small translucent pieces used for decoration or to represent translucent materials, such as glass and water. These translucent bricks are still in popular use, because the lack of the center tube makes them appear more clear. Over 200 sets have used such pieces since 2002, primarily for glass and water representation.

So, there, it's not required, but it looks much nicer.

jncraton and CreationEdge have both explained what the tubes are for and mentioned two advantages to not having them: nicer-looking clear parts, and connections that aren't aligned with the system stud grid. The main advantage to having them is the clutch power it adds: in a 2x2 brick such as the slope with no tube, each stud touches two walls, but with a tube each stud also touches the tube, so 50% more clutch.

As I explained in this comment regarding a pizza tile that had a variant element with a tube, the tube is a useful attachment point. The inside of the tube is a stud-hole so you can put a stud there, and this can be used to great effect with the right pieces. In the case of the pizza element, a minifig hand can be placed in the tube to hold the pizza centrally from underneath. Similarly bricks with tubes can be placed on half-stud offsets from other bricks using the tubes.

8
What are the differences between the two available pizza elements?

18
What are the exact dimensions of a DUPLO brick?
3
Part Identification - bricks with posts
7
What is this upside down roof peak or boat hull?
4
What is the difference between these two Technic half bushings?
4
Existence of a Technic 1M Half Beam
9
Why are there scratches on new bricks?
3
Can someone identify this brick?
3
What are some uses of part 93589?
5
Pin Connector 62462 vs 75535
3
What went in the orange cylinders from Mars Mission?