We are extending famous Dave Parker's nxtprograms.com 2 Touch Remote I have added 2 extra "threads" - one to control 3rd motor (which is a frontal "claw") and another one to use 4th touch sensor to reverse the robot. Please see screenshot enclosed. The issue we are experiencing is that the robot does not reverse when we press 4th touch sensor, although it does make sound. I am wondering if there's some kind of limitation - eg. you can't control same motors from different threads? 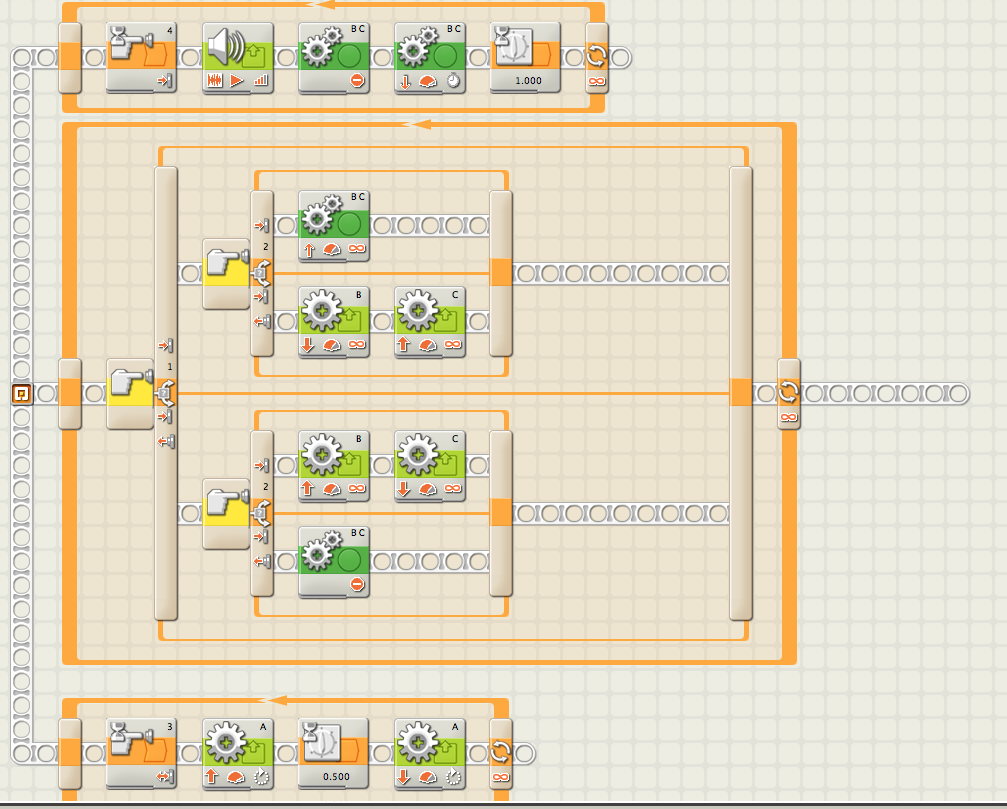 In the middle "thead" all of your motor blocks are "unlimited" or "stop". These blocks change the motor state and immediately continue to the next block. These are inside a loop that loops forever, so these blocks are running continuously in the loop. The motor blocks in the top thread may have an effect for a split second until the middle thread loops again and changes what the motor is doing.

Or, for that matter, you could read the 4th touch sensor value in the middle thread and remove the top thread.

Not the answer you're looking for? Browse other questions tagged motor nxt-g or ask your own question.

9
NXT motors not moving?
3
Using motors to ring a bell?
4
NXT Motors curving to the right
5
Problem with running two XL motors motors
3
NXT motors spin when in air but stop on ground
1
Port Splitter for EV3 motors
5
Electric motors - what for beginning?
3
Mindstorms EV3 unable to drive two motors simultaneously
3
What is the power of Lego Powered Up motors (M, L, and XL) and the Move Hub motors?