What is the brick limit in LDD?

What is the brick limit for Lego Digital Designer? I got to 12k once, but I usually have it crash at around 9k. Does Lego Corp. have any info on this?

There are no set limits for the quantity of bricks you can place in LEGO Digital Designer. The limit on the amount of pieces you can use is entirely dependent on the specifications of your computer.

You may find performance will be affected not only by the quantity of bricks placed, but the complexity of the geometry used. Metallic and transparent coloured bricks will also require more intense processing to render.

In LDD, under preferences you can also disable high-quality rendering of bricks in the scene view and bricks palette, reduce the complexity of shading, remove brick outlines or increase the compatibility mode to improve the performance.

Consider splitting large models into smaller files and edit them separately. (i.e. a file for each deck of a ship or each building).

Avoid running other applications at the same time as LDD that will take up more resources.

Just to test the limits, I reduced the rendering settings completely, and started LDD in compatibility mode. I duplicated a 1x1 tile brick many times, and continued to duplicate them over and over. I managed to have approximately 30,000 bricks saved on my clipboard before it crashed.

I tried again, this time duplicating a stack of 6000 bricks many times, I continued until I reached 100,000 bricks. At this point the program was running very slowly and used up to 861MB of memory, I could have continued but I didn't see any point in doing so. 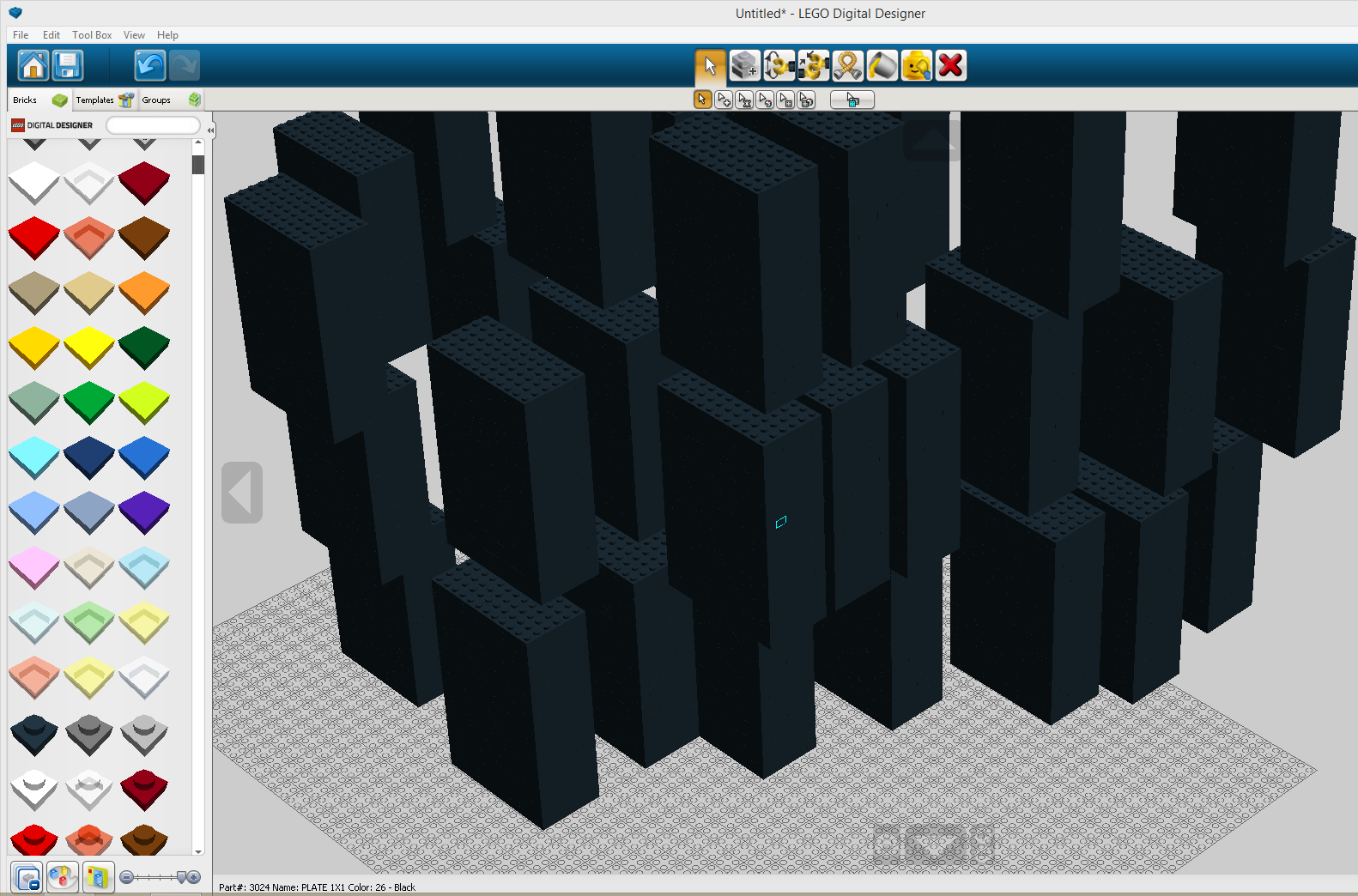 Not the answer you're looking for? Browse other questions tagged ldd or ask your own question.