What set are these minifigs from? What are their names? 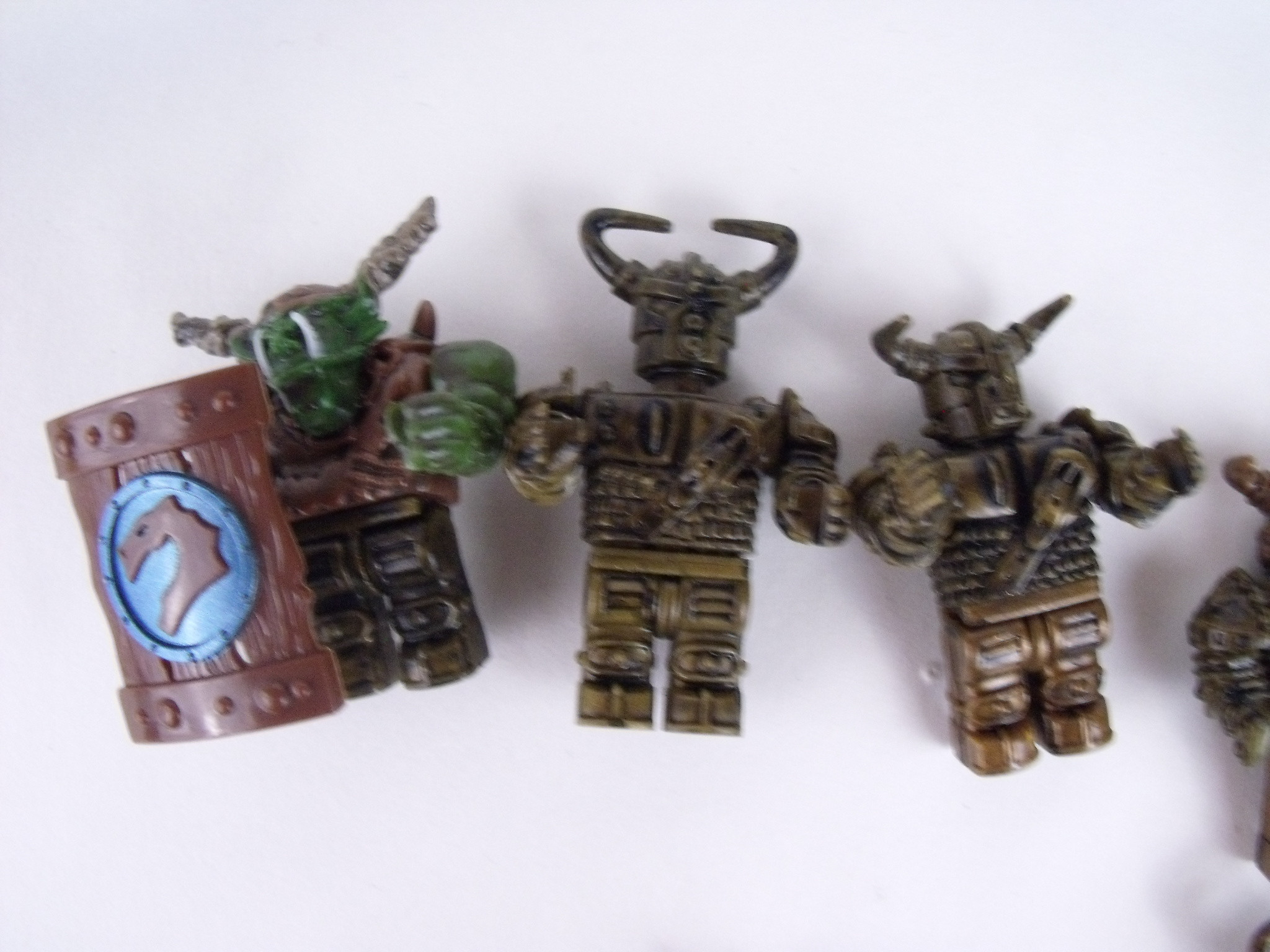 Can anyone tell me what minifigs these are?

These look to be Mega Bloks Dragon figures.

The Vorgan (orc) is from the Krystal Wars era, which introduced the Vorgans and had Vorgans with brown vests. I can't find the set that fellow is in right now, but I found a future set with a look-alike in a blue vest where is name was Gohrgroc. The shield isn't used by the the Vorgan (orc), but is used by the Norvagen (blue armored guys not seen in the OP's picture). The Norvagen and that shield with the dragon head on a blue background are also from the Krystal Wars sets.

Here's a look at one of the sets in that line, with many of the names visible: 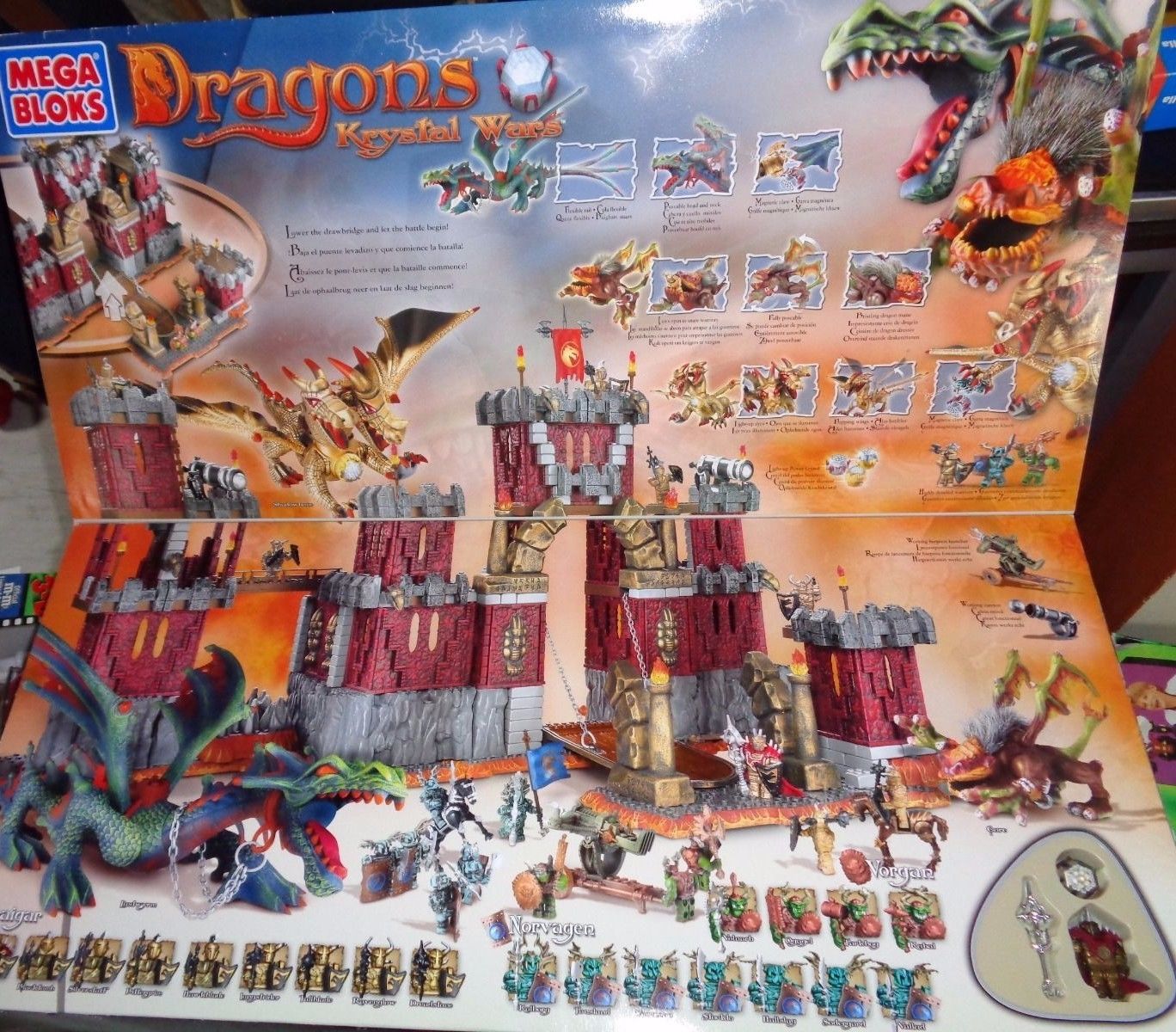 I've also found this video which shows most of the Krystal Wars figures, if not all, but unfortunately it's not tied to names or sets. Your Vorgan with the large underbite, as are your golden Draigar with horns up and forward, and the shoulder strap that goes across their torso (upper-left shoulder, to opposite waist, clearly visible buckle).

There's a possibility these figures are all from the Draigar Castle set, but the instructions for that are hard to track down and confirm. Mega Bloks has a very poor list of instructions on their support website (where they don't use the same names as available online, or even the same set numbers in some cases, and many sets appear to be absent).

Here's a link to the relevant instructions part for Draigar Castle. Right now, the host Photobucket is down so the link won't work, but it should in a few hours:

For the record, I own a small collection of these figures/toys, that I inherited from my brother (I've never bought a MB toy myself). Unfortunately, I don't have the instructions or boxes/tins they came in, so I can't help narrow down the suspects with my own stock.

Not the answer you're looking for? Browse other questions tagged minifigures clone-brands or ask your own question.

31
Are LEGO minifigs' arms supposed to come off?
6
What kind of Lego-compatible figures are these?
8
Best way to match minifigs and tell what set they are from?
17
What LEGO clone brand are these with 4-peg studs?
4
Are these parts really LEGO?
2
Help me figure out what sets these minifigs belong to!
1
What are these mini figures?
3
Which set are these Mega Bloks pieces from?
1
What set does this Lego S.W.A.T van go to?
3
What are these minifigures