I'm trying to design a hand for a MOC using the (not so) new Mixels ball joints, in line with a concept that I've had rattling around in my head for a while. The current palm design I'm trying uses the Technic Gear, 24 Tooth with four of the Pin with Towball in its four holes, on which the longer Mixels ball joint cups are attached. The result is shown in the picture below. 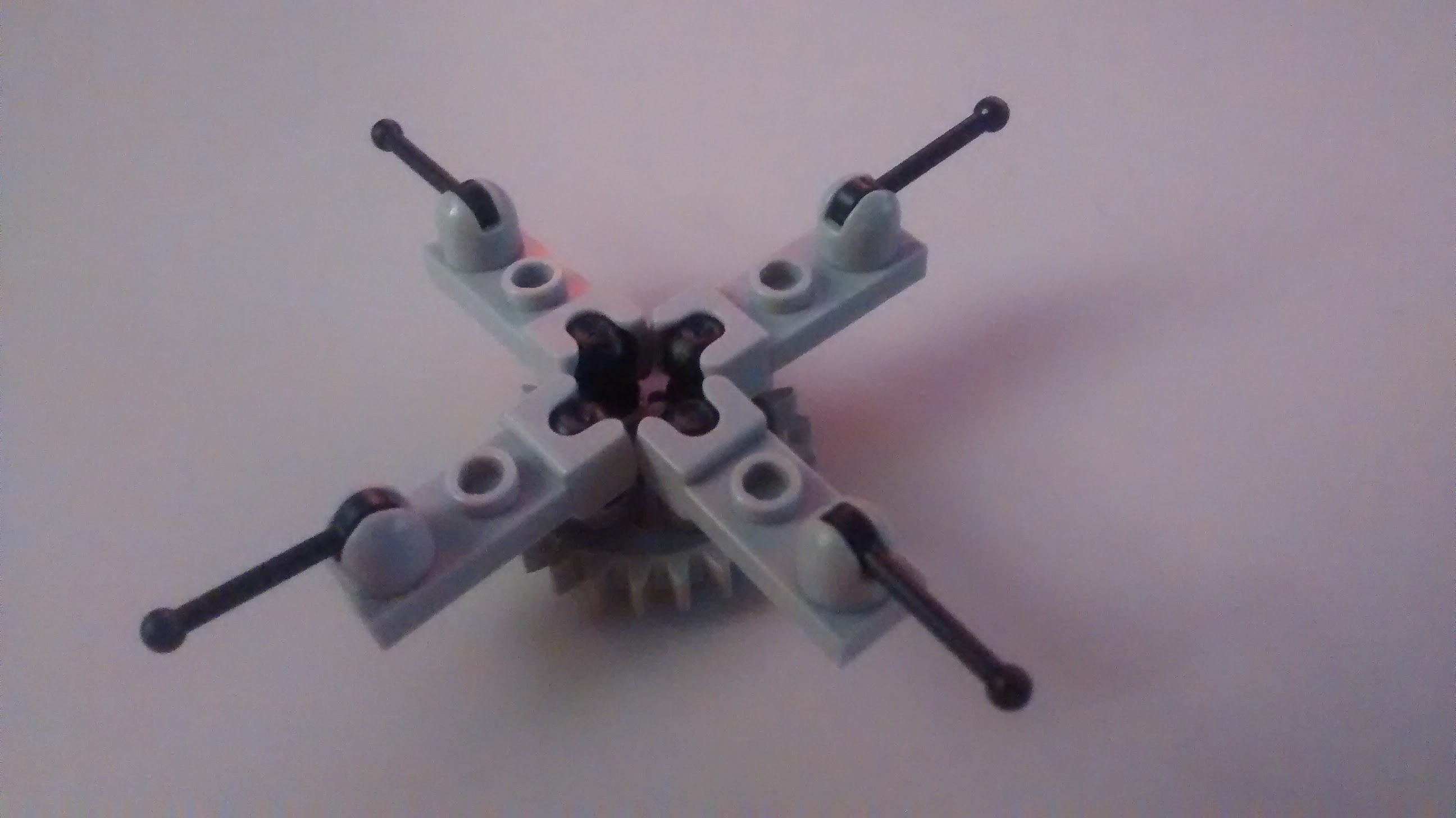 This hand works well for the most part, but the ball joint cups tend to run into each other when splayed out as pictured. This makes poseability a good deal harder in terms of fine finger movements (gripping seems, thankfully, unaffected). There is also the issue of this hand being two studs thick, due to the towball pins being positioned outward from the palm. I've looked around for alternate builds or pieces that could improve this design, but nothing quite fits. For instance, the Compact Steering Arm is almost perfect, but is missing a fourth ball joint. The old Helicopter Rotor Holder is very nearly too wide for the design, and doesn't seem to allow friction in its connection.

My challenge is this: design a palm with towball attachments for four fingers, either at the four compass points from the center or capable of being placed in these positions, and a central attachment point with either an axle hole to prevent turning at all or a pin hole that can accept a friction-creating pin. The towballs should be far enough apart that the ball joint cups don't run into each other. The towballs must also be no more than two studs apart (measured from the center between towballs on the same edge of the hand), or else the finger design I'm using will not properly close across the palm. A one-stud thickness would also be a plus, but might not be possible with the previous specifications.

Thanks to Caleb Woodman for pioneering the challenge tag mere minutes before I came to the site to ask this. I probably would have spent a lot longer searching the tag list if I hadn't seen that on the front page.

The Nexo Knights sets have a new piece, the Bar 1L with Towball, which might work for putting a bunch of mixel joints in a small space: 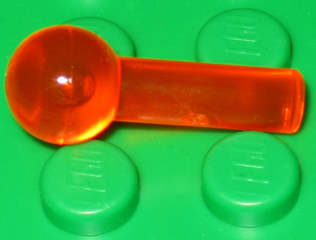 Also, if you could get your hands on the maxifig hand, it's great for connecting to mixel joints. It's a 1x1 round tile with a hole in the stud and a ball on the side:

Either of these attached to the brick with 4 studs on the side could work.

Since you do not give a desired size of the palm, I'd like to propose the following solution, consisting of 1x 6222 - Brick, Round 4 x 4 with 4 Side Pin Holes and Center Axle Hole and 4x 6628 - Technic, Pin with Friction Ridges Lengthwise and Towball, arranged like so: 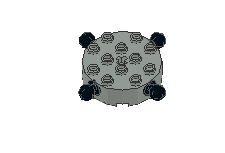 You might need to work on the size of the fingers to make this work with "grip" - but it meets your challenge criteria.

There is also part x872 - Technic, Steering Arm with 4 Ball Joints which would be more compact, however, this part is extremely hard to find (there are no sellers on BrickLink currently). 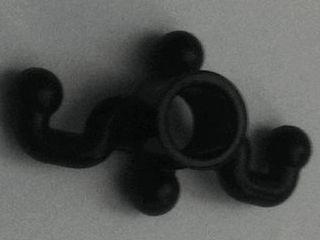 After some experimenting, here is another solution that might fit your needs. It consists of 3 alternatives:

I am not sure on the legality of Builds 1&2 as the technic pins are sitting on the pneumatic T-piece instead of being inserted in a hole, but I know they have a strong grip.

Build 2: Compacter but with more room for movement than your current solution, but the height is 3 bricks: 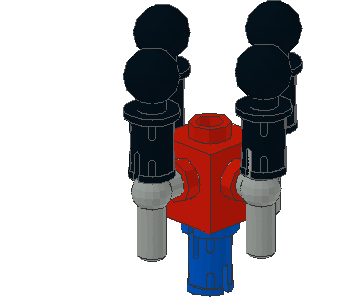 Build 3: Similar to your original solution, but allows for better flexibility of the fingers, at the cost of a 2 brick height - and the towball pin is not fully locked in the headlight brick, there is a little play. This can be solved by sticking a 33183 Carrot Top through the bottom hole of the headlight brick for each brick: 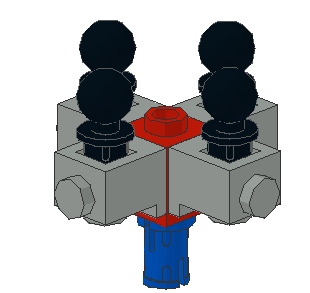 EDIT: Here is a fourth alternative - this one might fit the bill - the towballs sit a little further apart than on your original 24-tooth gear solution, so no rubbing. Still 2 bricks high though. 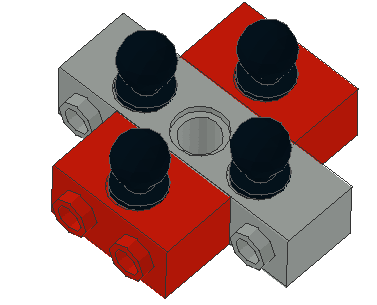 14
How can I build a human-scale Lego gun?
15
Chaining Connections
2
Technic beam centering for beam with even length
4
Build a narrow archway
13
In LEGO: How to build a revolving magazine rack for 2x3 tiles?
6
Parts for a 4 Candle set
3
Cost effective sagging palm trees