How many BIONICLE store display tubes were created?

I'm an avid BIONICLE collector and am curious as to how many unique store display tubes were created during the lines original run. To add some known information to my question I know there was a Tahu Nuva display tube very early on but then there seems to be a gap. I hear there may have bee a Rahkshi display but have never seen it if anyone can confirm this? From 2005 every line had a tube produced including TWO for the Piraka for some reason. But I'm curious about the missing years. Toa Mata, Bohrok, Bohrok Kal, Rahkshi, Toa Metru, Vahki, do any of these have store displays? Or is it something that only started in 2005 and Tahu Nuva was an exception (as photographic proof exists of this one!)

Anyone with any knowledge on this it would help to fill a gap in the line's history! Also, where are the new 2016+ store displays? I've seen a single Tahu tube and a Tahu display case but nothing outside of that (except I believe a case of skull villains?) Are there any more being produced?

Here's a link to better explain what I'm talking about : http://www.bzpower.com/board/topic/18801-retail-items-topic/

A friend in the BIONICLE department says:

Somewhere like 20, a lot more than I expected. We haven't really made anything new that I know of. The last one I remember was Mata Nui, and really Hero Factory heralded an age of models too big to display for a reasonable price. They're sorta like the special dolls that come in the clear-plastic boxes. You can't make them too big. We may see some new ones, but that means we first have to go back to a smaller standard BIONICLE figure size. There's a reason that Scopio, Ackar, and Takutanuva don't come in displays. Fikou or the Ragaha or the other little dudes, on the other side of that, would be too small. Gali and Tahu, if we could get some new guys like that, that would be ideal. But we're honestly moving to really small or really big, medium-size isn't flashy enough for customers.

As it turns out, a Rahkshi store display tube does exist and was recently re-discovered.

The following display tubes are known to exist. 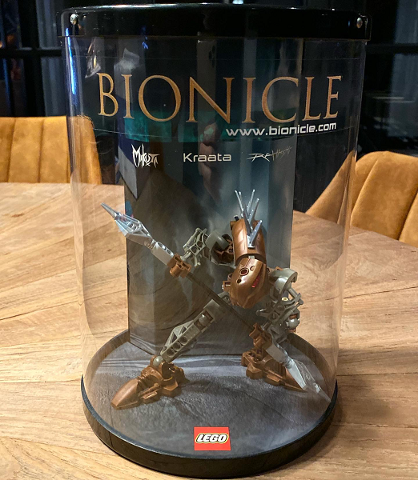 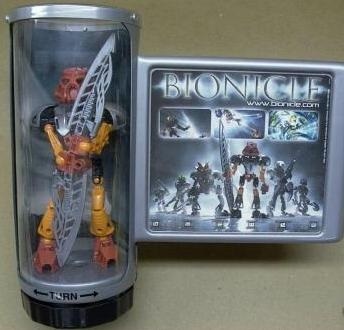 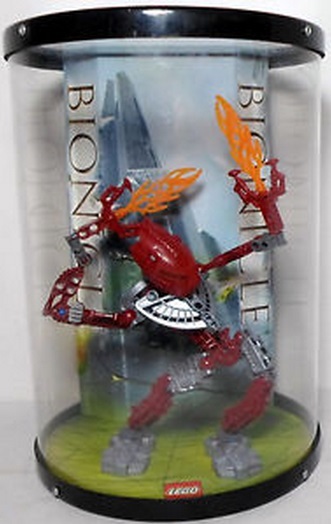 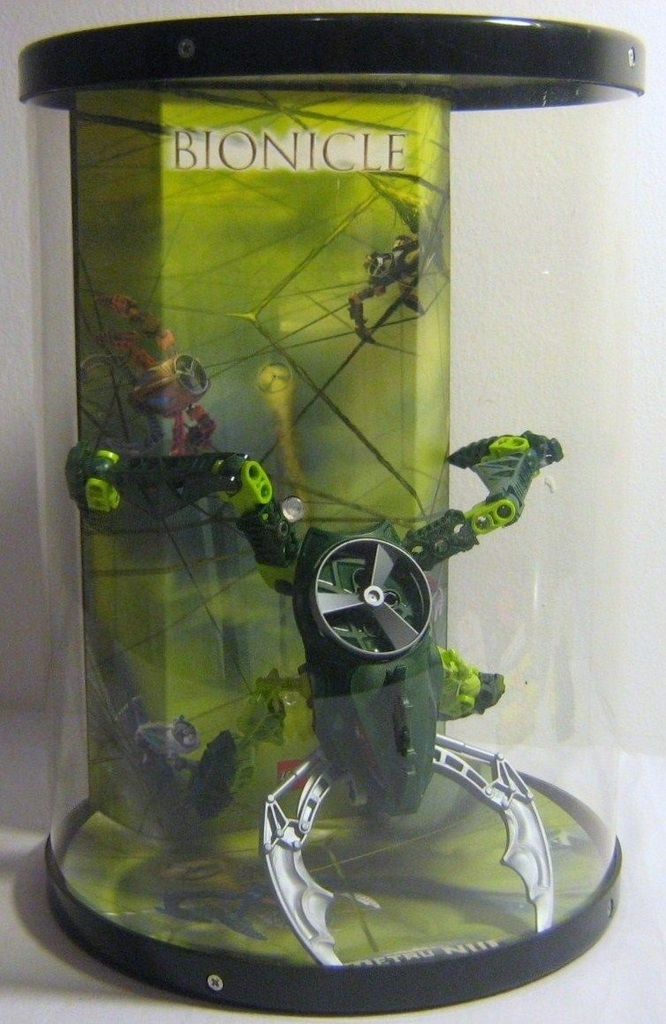 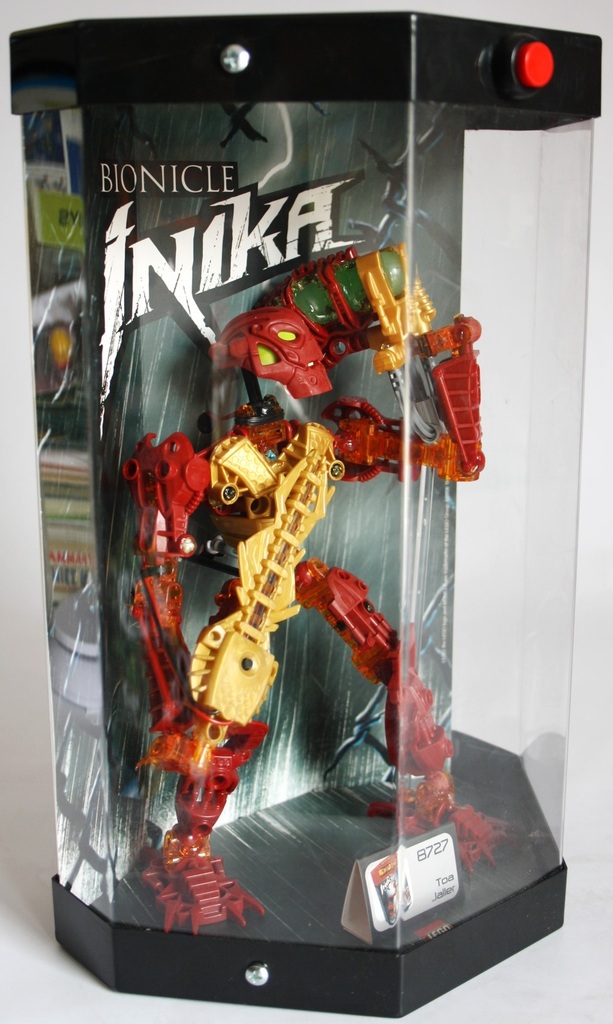 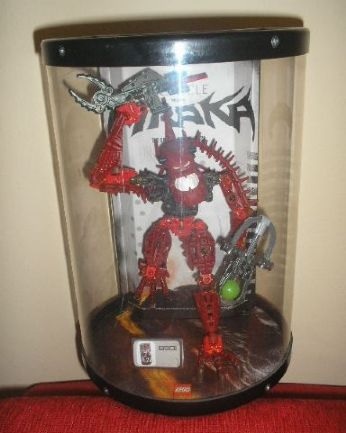 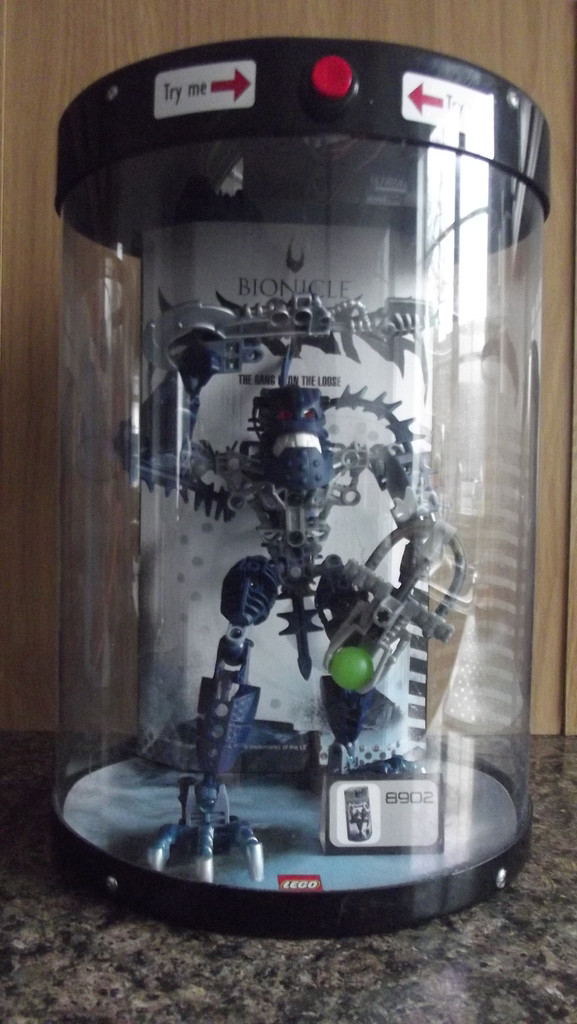 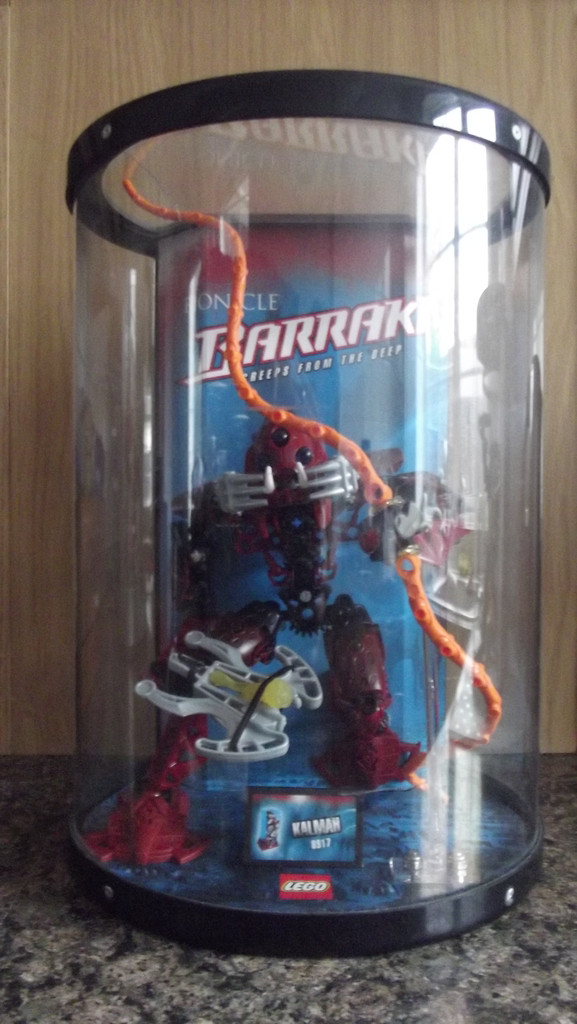 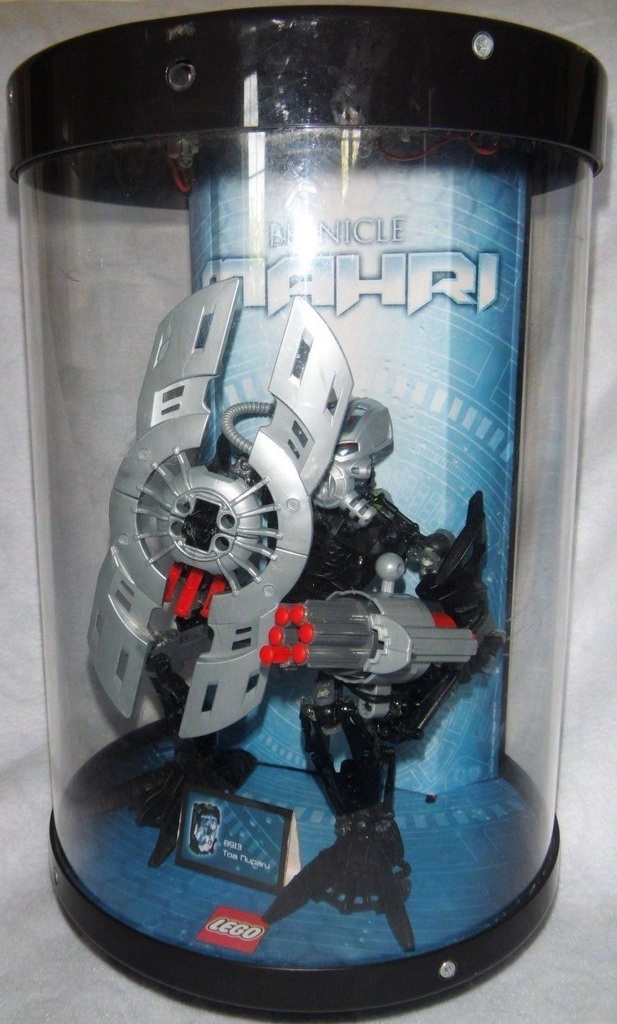 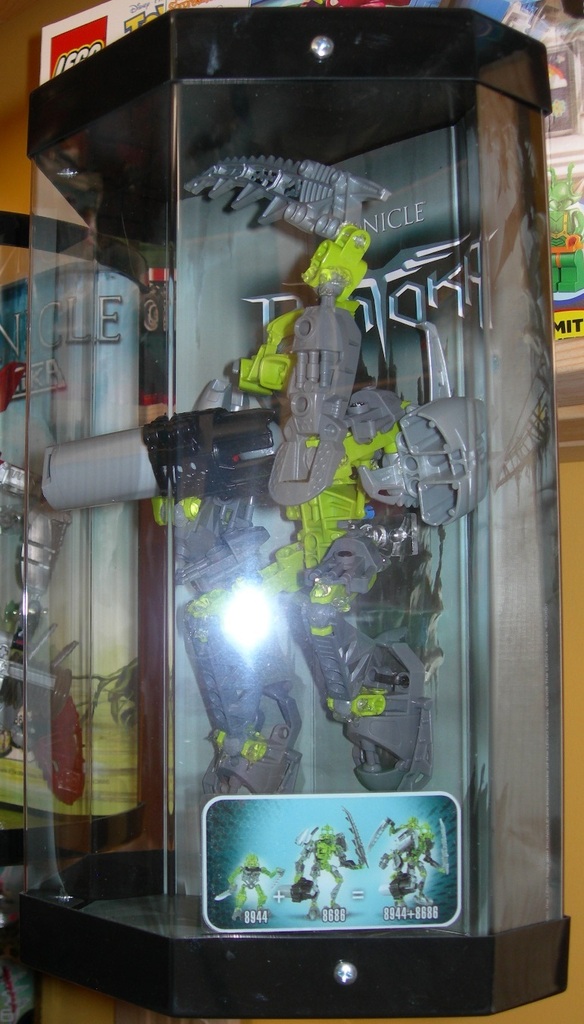 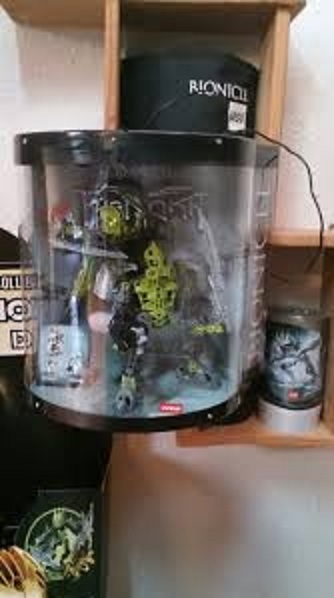 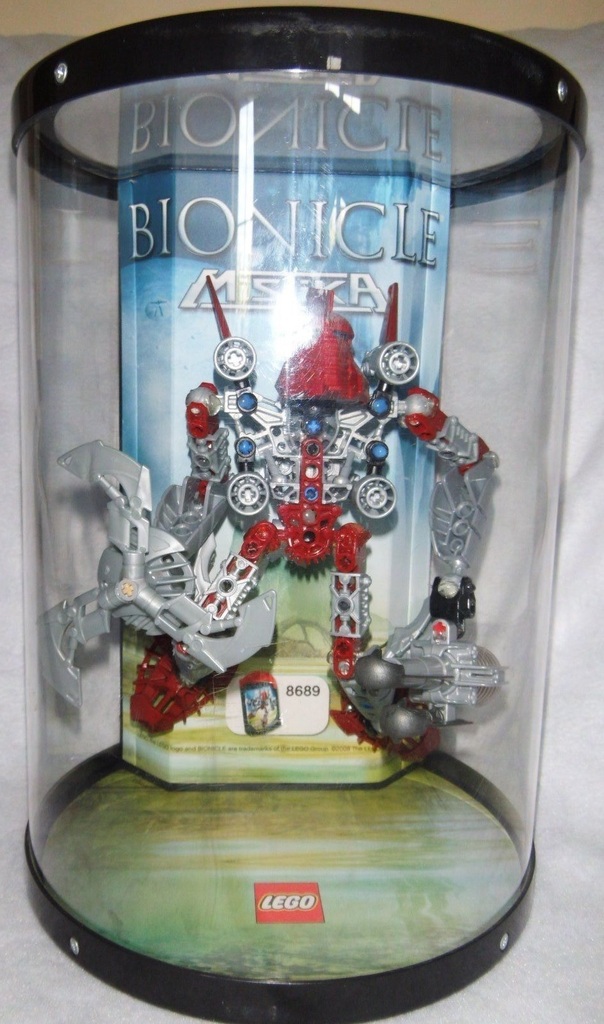 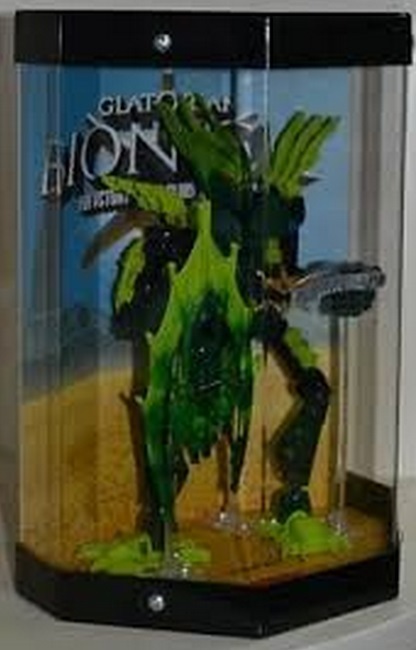 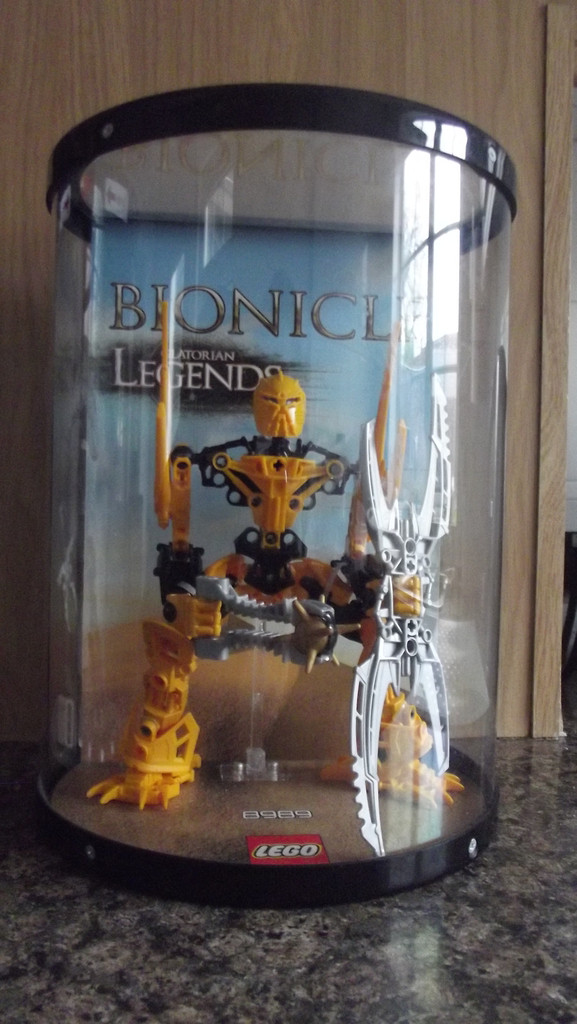 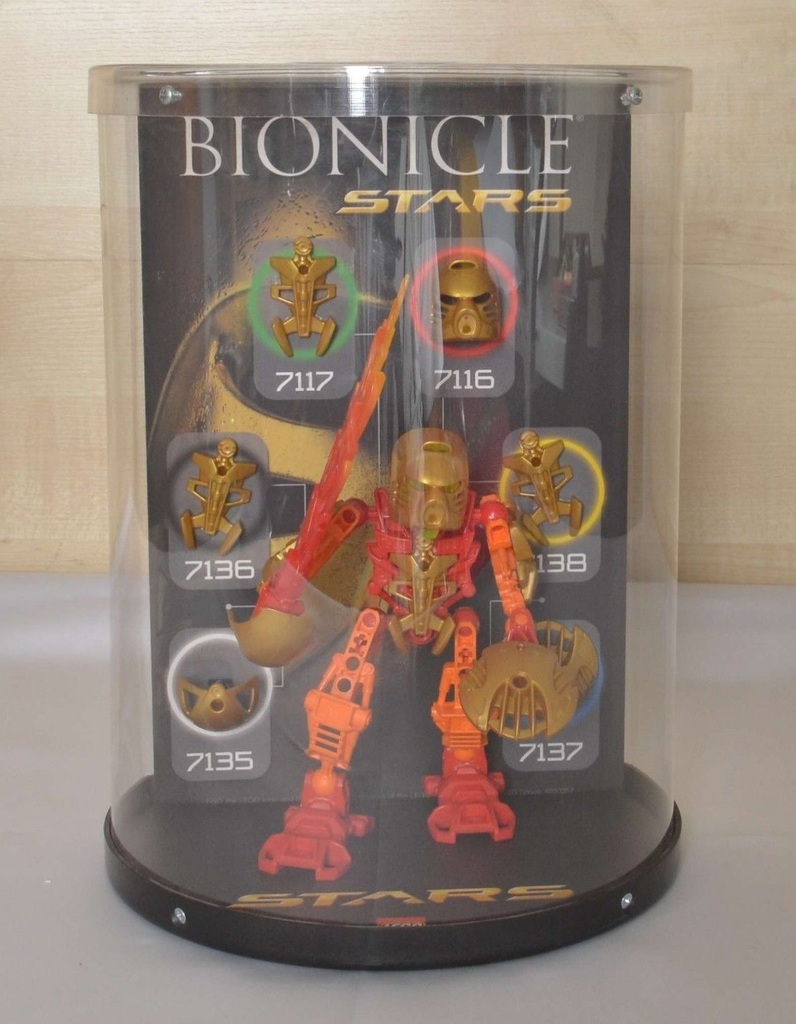 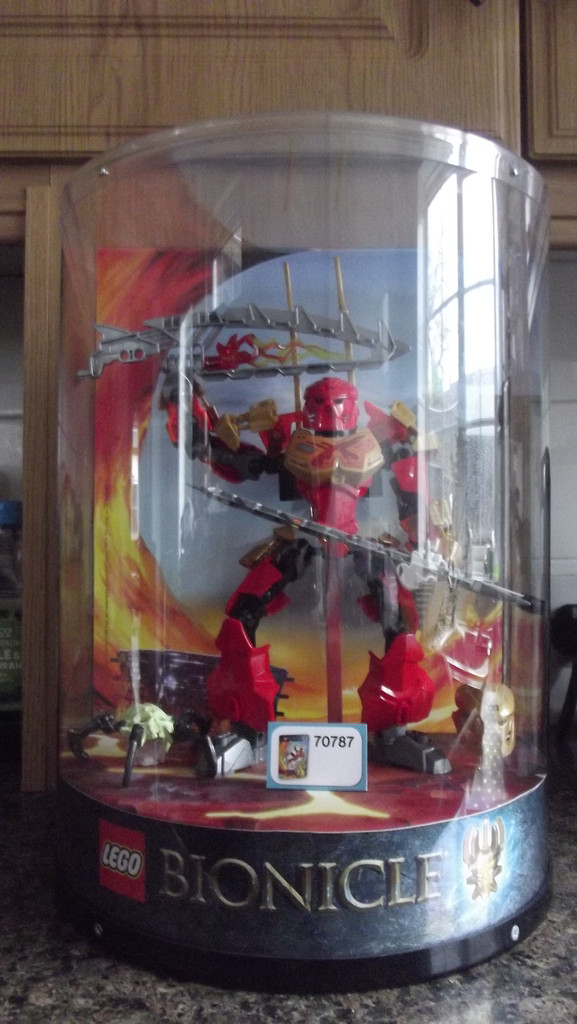 (Technically a display tube, but a brick sculpture rather than the set.) 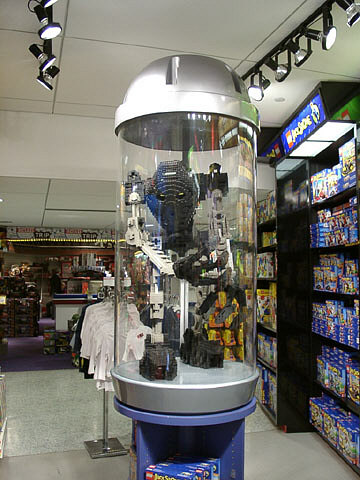 15
How can I use System and Bionicle elements together?
1
How come themes like BIONICLE can afford so many new parts?