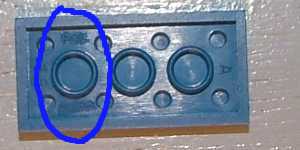 7
Are the older (hollow underneath) brick elements considered "collectable"?
24
Where and when did the straight block letter LEGO logo appear on brick studs?
17
How much does a LEGO brick weigh?
4
How many standard 2x4 LEGO elements are produced in a single 2x4 mold injection?
3
How can a brick/color combination exist but not be part of a set?
3
Can someone identify this brick?
6
What is this 2x4 brick with a 2x3 rounded plate with hole attached?
4
Black 2x4 curved top piece of assembly
9
How many LEGO bricks exist in total?
12
How old is this brick?