Firmly connect bricks in a triangle

I need to connect two bricks onto a plate such that the plate is facing up, and the two bricks are facing out from above it at an angle (say 30 degrees) but are connected firmly, at opposite ends with their studs facing out.

Ideally this would fit in around a 2 x 4 brick size, and not be too fragile. 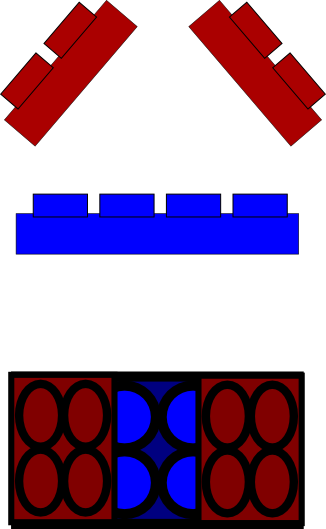 The top image shows the two plates (assume 2x2) facing out at an angle from the 4 by 4 plate below.

The bottom image is the same from above. What I'd like to figure out is what to put in between. Assume that there will be stuff attached to the 2x2 plates, enough that the standard 2x1 hinge will probably just flop.

How firm does it need to be? Wouldn't something like this be enough? 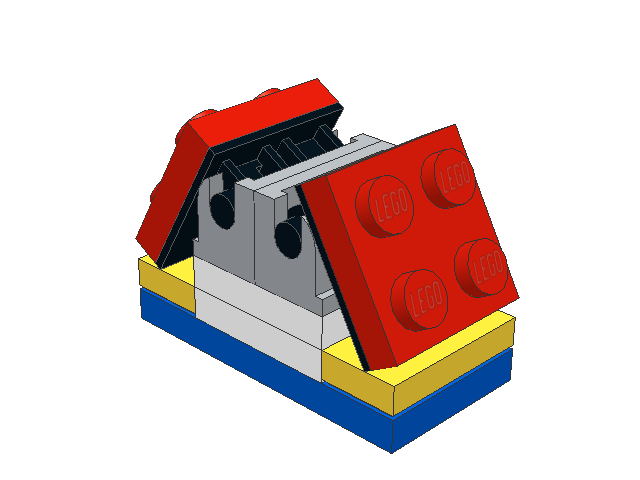 If not, you can try to lock the parts into place with "cheese" slopes, but it's not as neat: 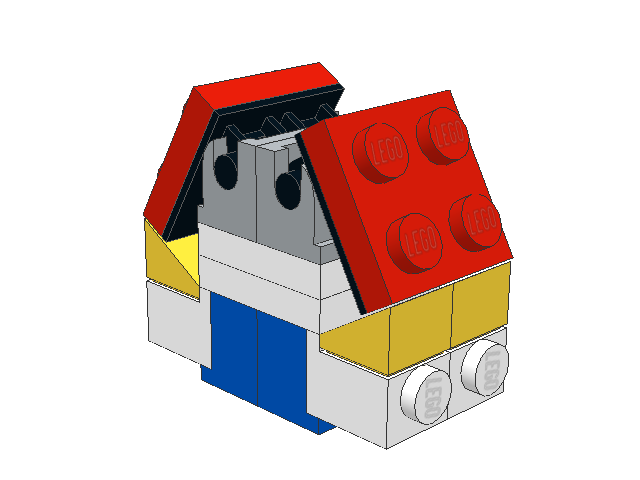 I'm not quite sure what you mean, but could you use hinges?

Not the answer you're looking for? Browse other questions tagged building snot angles or ask your own question.

8
Strongest LEGO structuce - (1) Pillars
5
Strongest LEGO structure - (2) Floor
7
How can I firmly attach a Technic triangle to a turntable?
6
Putting flipped plates together as close as possible
5
Technique for holding a horizontal minifig in place (swimmer)
8
How can I complete the build of this Lunar lander from the Space and Airport Set (9335)?
13
In LEGO: How to build a revolving magazine rack for 2x3 tiles?
6
Finding the angle for an isosceles triangle roof
7
How can I build a Lego slope of this exact angle with ideally only legal techniques?