Significance of the switch from Legoland to Lego System?

In former times, Lego boxes used to feature a diagonal Legoland label in one corner. (See, for instance, the box of the Space Police I capital ship, set 6986.)

Later on (if I recall correctly, starting in 1992), the Legoland label disappeared, and instead a large SYSTEM label appeared on boxes (for instance, on the first Octan gas transit vehicle, set 6594](http://lego.wikia.com/wiki/6594_Gas_Transit)).

In both cases, my guess is that Legoland and System denote the "world of minifigs", as opposed to Duplo, Fabuland, or Technic - but I was never sure about this.

Looking at boxes nowadays, such a mark has completely disappeared, and boxes just indicate their theme (such as City, as on the prisoner transporter, set 60043).

Hence, my question is: What was the significance of these labels, was there any difference in scope between Legoland and SYSTEM, and why were they changed/discontinued?

Presumably the decision to discontinue the 'Legoland' series may have been to avoid confusion with the LEGOLAND theme parks.

The original LEGOLAND in Denmark has been open since 1968 and since the opening of the second park LEGOLAND park in Windsor there have been eight new LEGOLAND parks and many LEGOLAND Discovery Centres.

The planning, design, site preparation and the design and construction of models for LEGOLAND Windsor began in 1992. The same year the LEGO product line disappeared, this however may be a coincidence but it would make sense to avoid confusion between the product line and theme park. The theme parks would also include a product line using the branding 'LEGOLAND' for merchandise such as clothing, books, souvenirs and even some sets based on the parks themselves.

Below you can see two 'LEGOLAND' sets. The set on the left was from the original LEGOLAND series and on the right is a promotional set released for the LEGOLAND parks. 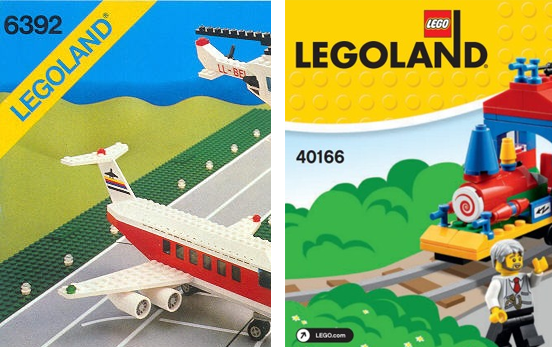 The LEGO® Book1 refers to the LEGO System theme.

1954 was a year in which Godtfred KirkChristiansen (GKC) did a lot of thinking about the future of the LEGO Group. Returning from a toy fair in Britain, he got talking to a colleague who pointed out that there was no system in the toy industry. That was all the inspiration GKC needed. He decided to create a structured system of products. Reviewing all the toys made by the company, he saw the LEGO brick was the best choice for this project.

The first LEGO System set was actually Town Plan No. 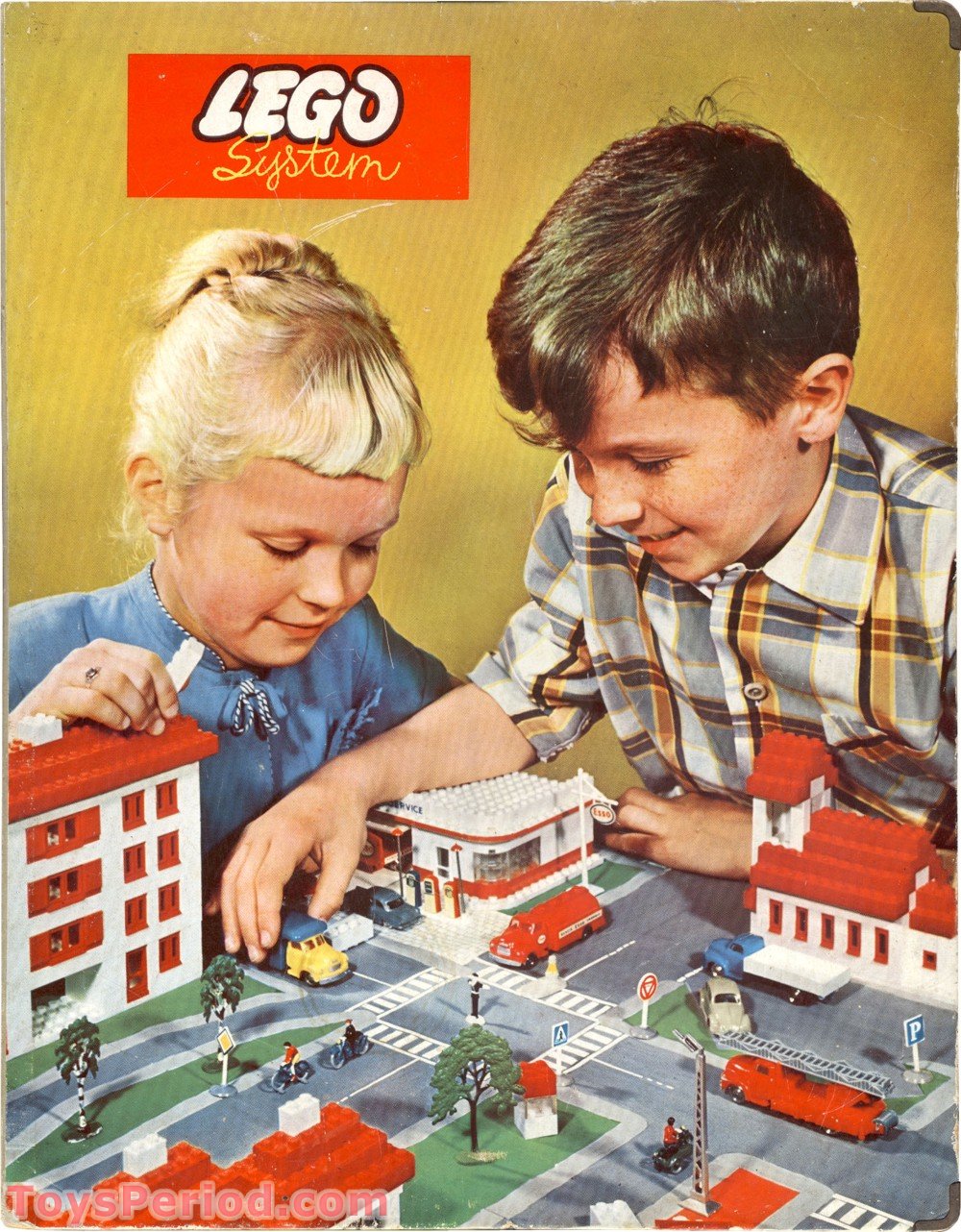 16
What sizes of bricks (building scales) have carried the Lego brand name?
6
Which was the first set / minifig with two faces to choose from?
7
Has TLG ever produced bricks without the LEGO branding?
9
Are these ATC bricks from the 1970's LEGO?
4
Does anyone have a picture of the Lego Club alphabet code from Bricks and Pieces magazine?
4
When did Lego switch from 4 to 6 stud width of Windscreen?
4
What happened to "LEGO Service"?
12
What's the time on the LEGO clock tile?
37
Why was LEGO reluctant to use additional colours for regular bricks in former times?
14
How were these building instructions from the 1970s produced?