What's the smallest LEGO component, based on its largest dimension?

There's already a question asking what the smallest component is.

However, according to its answer, the smallest piece would be the screwdriver. 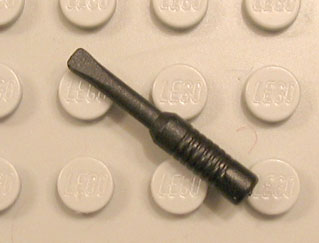 It is pretty small, but its length is over 2 studs, perhaps even exactly three (I don't have one on hand to check). A regular 1x2 plate is smaller in that regard.

What is the smallest piece measured by its largest dimension?

The smallest I could come up with is the 1x1 round plate. Is there anything smaller?

This tiny tiara piece is smaller than the 1x1 round plate on all sides (middle piece in my image below). 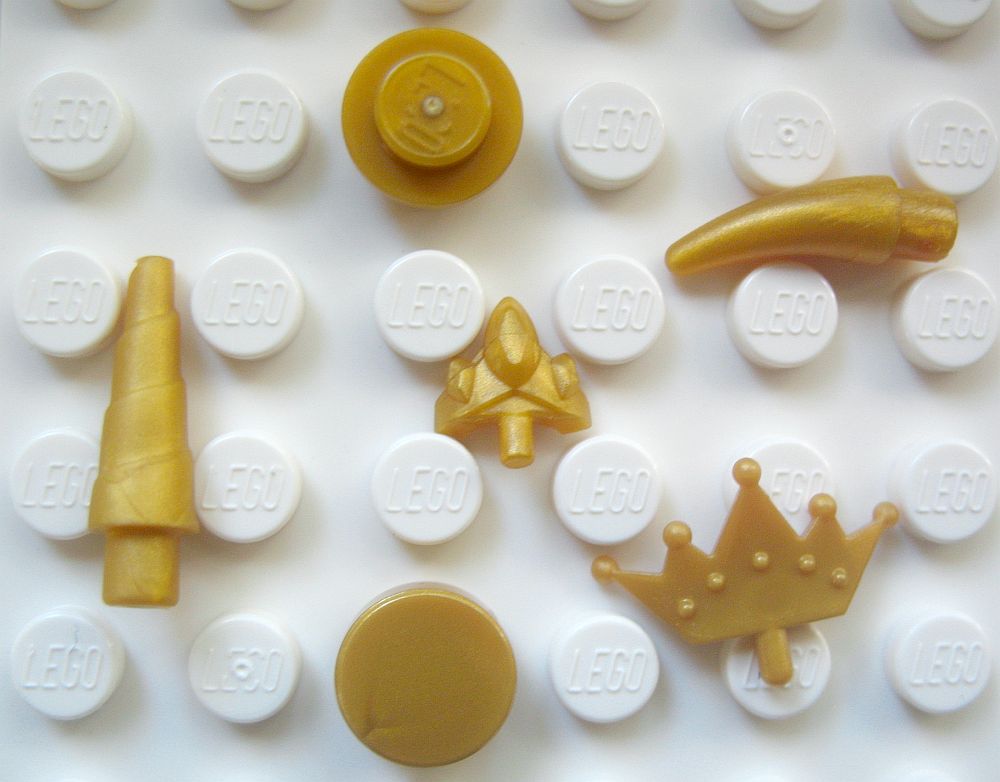 You'll have to ask my vacuum cleaner, It might have escaped me ;).

It depends on what qualifies as "Lego component", though. Made by Lego for Lego would be one of the obvious restrictions, I assume. Is there a restriction on material? If not, it's probably hard to beat the smaller ones of the stickers, but I'd be reluctant to consider them as qualifying, probably because I always considered them more of a disfigurement of good bricks.

I would habe considered the evasive 1x1 glass pane a near perfect candidate due to its 3rd dimension challenge, but that tiny tiara is hard to beat! Anyone able to compare both?

I'm thinking this trigger component for stud-blasters may be even smaller than the tiara. I don't have a tiara though, so I can't check :( Here is the piece

Not the answer you're looking for? Browse other questions tagged piece-information size records or ask your own question.

30
What is the smallest LEGO component?
24
How can my daughter turn her horse into a unicorn?