Is there a slotted yoke piece?

I need it for mechanisms such as the Scotch yoke, but I only see workarounds, like this one, where the slot is made with several other pieces.

I don't believe there is a single piece that exists. It's certainly possible to create a mechanism much smaller than the one shown as well as one with fewer pieces.

In theory a single piece would not be possible, the mechanism consists of a minimum of two pieces for it to be possible: a rotating drive and a sliding yoke (as well as several additional pieces to keep everything in place). 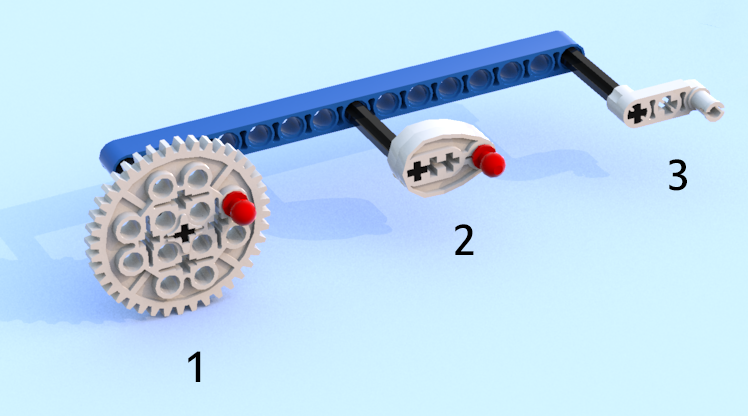 There are many ways to create a rotation drive, they all consist of an axle (of any length) and can use pulleys/gears, and liftarms cranks.

For the first two examples I've used a Technic, Pin with Friction Ridges Lengthwise and Towball (6628) but you can just as easily use a standard pin (2780) as it's much more common.

The third example with two pieces is probably the simplest and most compact, it uses the Technic, Liftarm 1 x 3 with 2 Axle Holes and Pin / Crank (33299). This setup is limited to movement between five studs (up/down, left/right). 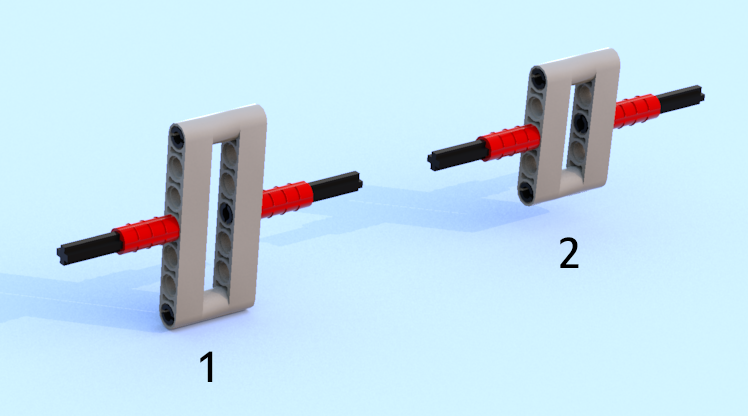 Here are two examples I've made of a sliding yoke. They are identical apart from the beams used. The first one can move five studs and the second can move three studs (possibly the smallest combination). You can of course use any length of beam to create larger yokes.

There are twelve pieces in both builds. You can reduce this to 10 if you remove the black standard pin, red connector and black axle with a Technix Axle with a stopper such as this piece and a Technic bush (3713).

This build can be reduced to 8 pieces if you make the substitutions shown above.

Not the answer you're looking for? Browse other questions tagged piece-information 3rd-party or ask your own question.

5
Is there a place where you can buy single pieces of LEGO-compatible systems?
2
Mid-sized black plate options
7
Is there any way to connect “sideways” to an axle?
3
What do the 'X' and 'K' codes mean for rubber bands?
4
Why does the Duplo bathtub piece have an odd height?
5
Pin Connector 62462 vs 75535
1
Is there a database of images of LEGO pieces without a background?
2
How to resolve Studio's "unavailable color" warning for EV3 motors and sensors?
8
Is there a true ball/sphere LEGO piece (or pieces that together form a ball/sphere)?
3
Where is the LEGO logo on the Tartan Batman minifigure’s cowl piece?