I don't mean "difficult", I mean it appears to have an actually impossible instruction. Or am I missing something obvious? Here's the deal (pardon my lack of standard names for parts):

I recently dusted off my 8858 Rebel Wrecker, and decided to build for the first time ever the alternate model, a quad bike. It's fine, despite its fondness for difficult-to-separate brick combinations, until I get to the steering linkage, which involves a connecting bar with a socket on either end. 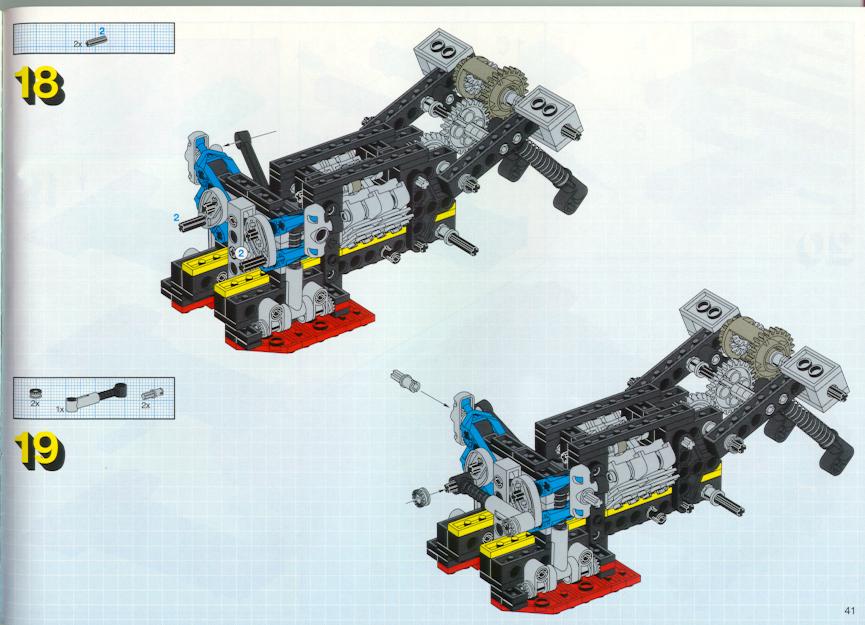 One socket connects to the rack (a toothed plate with a ball on both ends; this happens in Step 8), the other to a ball on a part that forms the wheel mount. The catch is that the connecting bar has little flanges in the sockets that (a) make it so the ball won't immediately pop out the other side, but crucially here, (b) make it so the both balls must be inserted from the same side. The model has the balls on opposite sides. I cannot figure out how to make this work without breaking the flanges. Any advice?

I don't actually have this set, but I believe the issue is that the linkage piece that you are using comes in two separate variants: 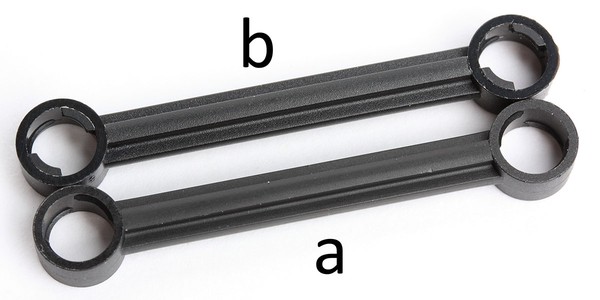 The variation is subtle, but the small flanges that you mention in your question were added in a variant that came later than the set you are trying to build. This is what prevents you from connecting ball joints from different sides, and is one of the cases where part variants are not equivalent for particular building scenarios. You really need to use 2739a here rather than 2739b.

Hopefully you still have the original 2739a parts around, but if not, you can pick them up on Bricklink relatively cheaply.

Not the answer you're looking for? Browse other questions tagged technic building compatibility or ask your own question.

17
Are Samsonite gears compatible with modern Technic gears?
19
Is Technic compatible with Mindstorms?
3
How to build a flywheel crankshaft piston pattern with technic?
5
Cheapest and Simplest way to build a LEGO Technic car?
8
Why are Technic holes slightly smaller than studs?
8
Stuck on 42066 Air Race Jet model B
5
Pattern for oscillation with LEGO Technic
2
What are the arguments for and against an adult tackling a complex LEGO Technic kit as their first (and possibly only) build?
12
Motorized speedboat from Technic Catamaran alternate model?
6
Any build instructions for vertical Technic/Lego conveyor belts?