I want to be able to center a 2x2 plate in the middle of a 3x3 plate - specifically to put minifig on. Another option would be to center a 2x1 plate on a 3x1 plate.

I saw this technique in LEGO's Disney Castle for offsetting parts of a column by half of a stud. You can see the column on the left in this picture is shifting half a stud above a 3x3 plate: 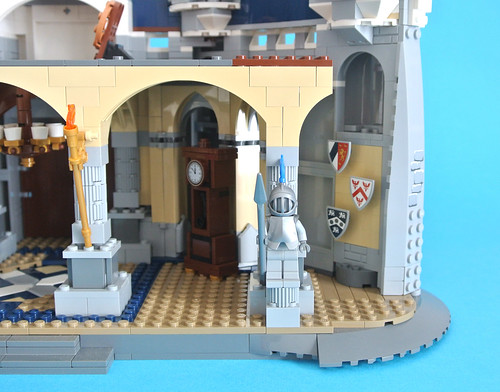 Of course you can do it too! Here is the process:

A friend wanted to verify this and so we get to see the parts originally requested: 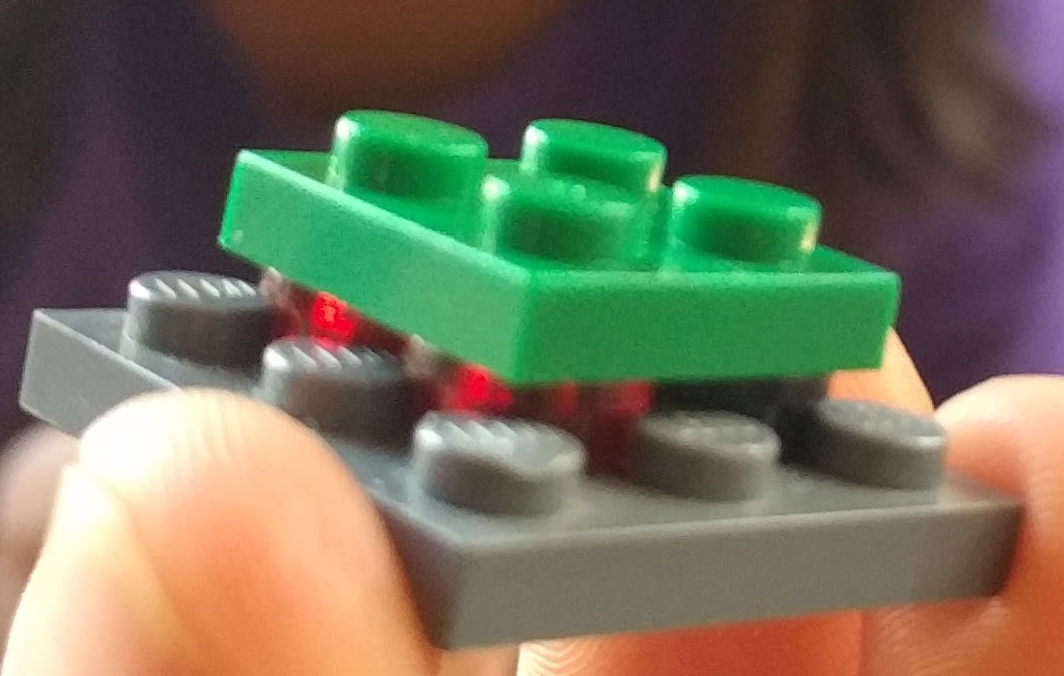 For centring a minifigure on a 3×3 plate, I would do the following (though it’s not exactly what you asked for):

If stability is not an issue, consider the following:

(This also works with a 1×1 plate instead of the dish, but it looks rather puny.)

Another soloution if rotational stability is not too much of a concern and you don't like having studs on show.

Put a 1x1 plate in the middle of the 3x3 plate and surround it with 1x1 or 1x2 flat tiles so you have a 3x3 surface with a single stud popping up in the middle.

You can now stack a 2x2 plate on top held in place by the single stud.

The first sets to include this piece are:

Hopefully in the future we can expect to see it in more sets with varying colours. 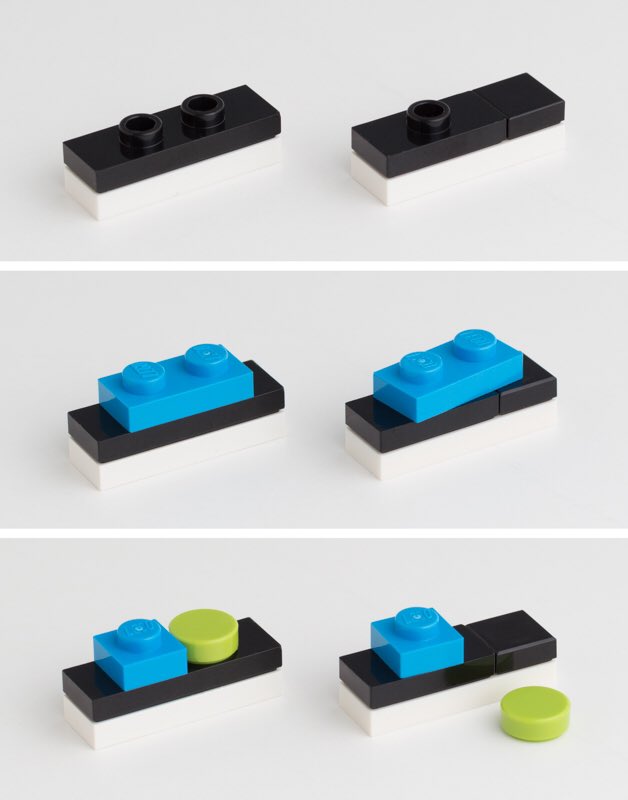 8
Firmly connect bricks in a triangle
5
Measurements (LDU) of Lego tracks Set 151
8
Representing pregnancy on LEGO minifigs without a dome
5
How important is a center differential on a 4WD model?
13
How to glue a LEGO tree decoration in a way that's not permanent, to prevent accidental disassembling?
5
Technique for holding a horizontal minifig in place (swimmer)
7
Connecting an axle to a stud on the ground for railings
3
Technic pin on a pole: is it an illegal technique?
8
Plate perpendicular to bottom of 2x2 round: is this connection legal?