Please identify these two kinds of Lego bricks (circa 1990's)

I recently bought a lot of Lego that was mostly 1990's bricks, and I had a few things I couldn't identify. One I found on Bricklink, but the other two are baffling me. Here is the first one, a different sort of hinged plate that I hadn't seen before: 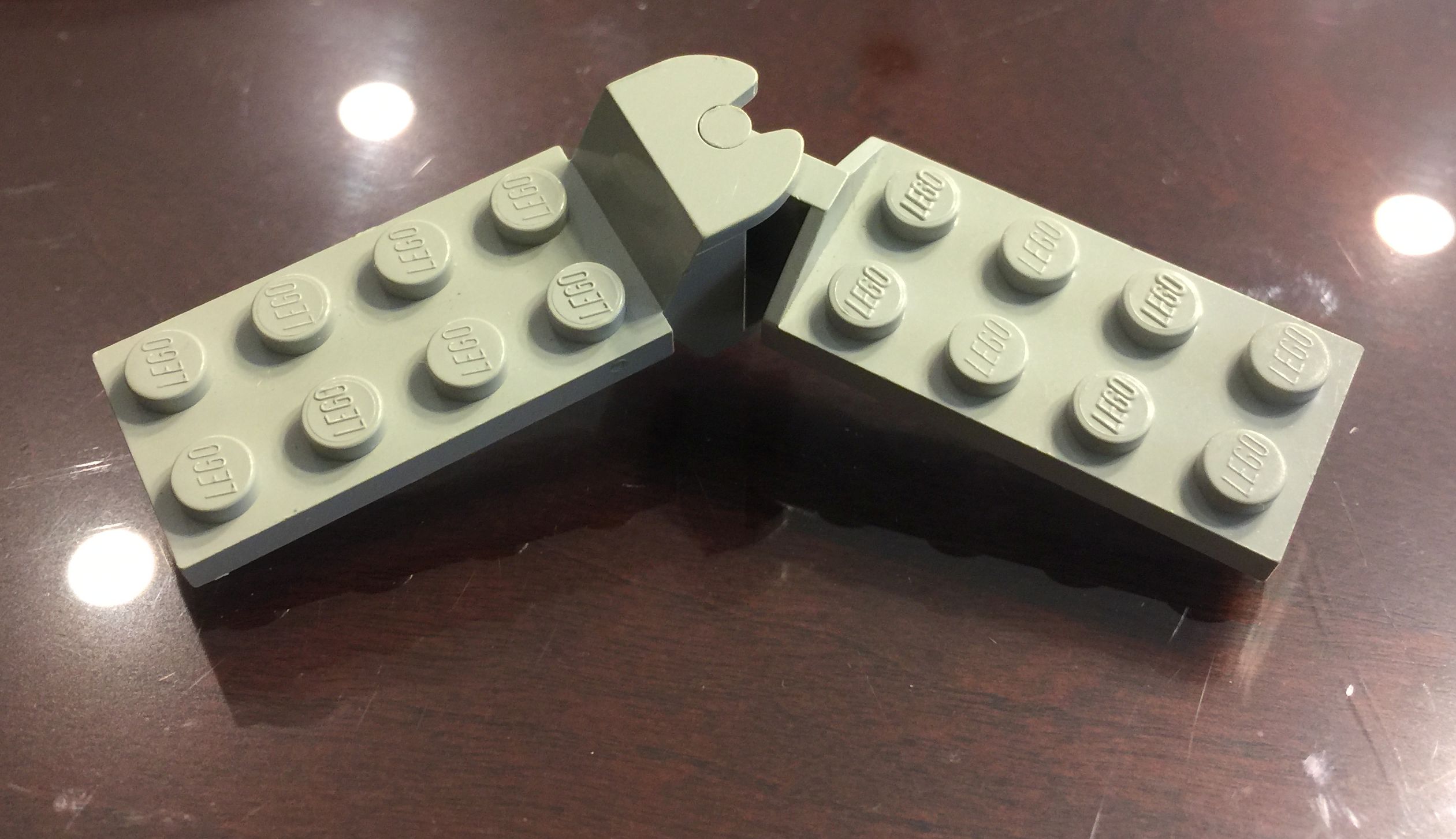 You would think these would be "modified plates," but I couldn't find them.
Even stranger are these pieces (two varieties):

These obviously allow for perpendicular placement of other pieces, and again I would think they were modified plates, but they aren't, at least in Bricklink.

I'm most curious to see how these pieces were used in sets. Thank you!

The first two are:

They are still used in modern sets sometimes.

The last two are called "bracket" pieces. They have not appeared in any recent sets.

I found the left bracket on Swooshable, a website that collects SNOT building techniques (I filtered by degree of 90). As you can guess, it was used for attaching things sideways, and appeared in 13 sets from 1987 to 1999.

Swooshable doesn't list the other piece, but Bricklink categorized the first one as "Bracket", which led me to the second piece, a train signal stand. It appeared in sets from 1980 to 1988.

4
Which Lego brick number is this? 1 x 3 connected vertically to a base

32
Why did Technic bricks have holes in the studs?
1
Is (C) engraved on a piece an indication that it is Cobi brick?
8
Can you identify this LEGO board game with square paper tokens?
7
Can anyone identify these two Lego parts? White ramp and yellow door
2
Please identify LEGO sets based on these parts
8
Older compatible/clone brand with PB initials
17
Have I got a mystery croissant lurking in my Lego collection?
4
Is a brick with a smaller Lego logo real?
4
Mounting 'shelves' on a 57518 Lego conveyor belt
18
Is this part real LEGO or a knockoff?