Why are these bricks slightly shorter than normal?

I have two red 1×6 bricks that are slightly shorter than normal and also a bit deformed. For comparison, I here show them together with regular 1×6 bricks (the regular brick is the top one of each pair): 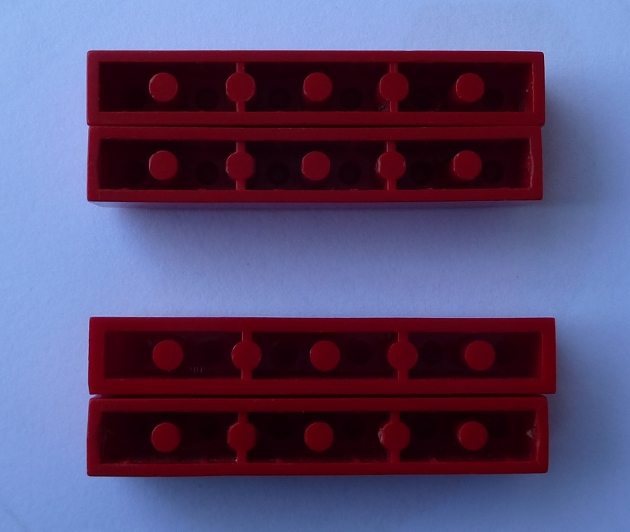 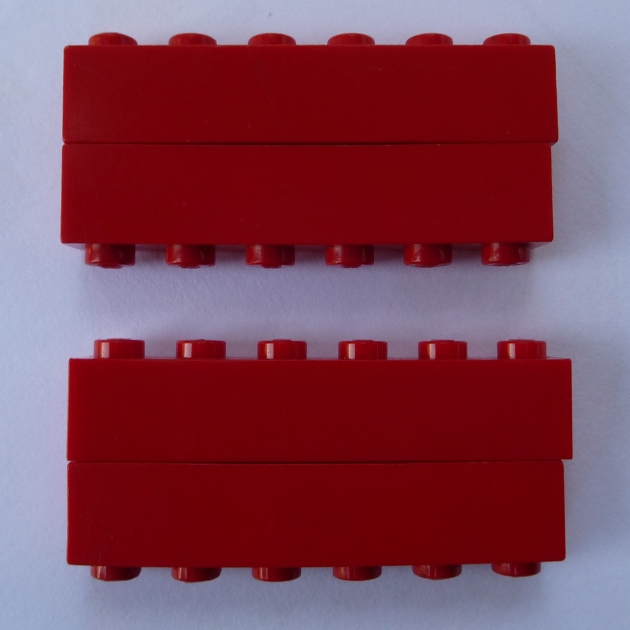 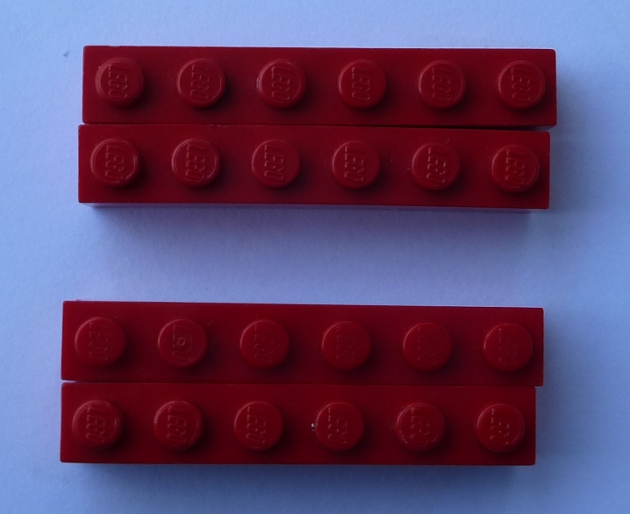 These bricks are shorter to the extent that considerable force is needed to connect them to regular bricks (note how much they are worn down). I suspect that they are rather old and made from some different material, however, I have many older bricks which connect considerably better to modern standard bricks.

Thus I wonder and ask: What could be the deal with those bricks? They are part of a huge connection containing second-hand bricks, so I cannot say much about their origin, except that they are from the last century.

For starters, having that as a production error is completely impossible, given the industrial precision of our beloved bricks. The LEGO group has been incredibly careful for decades about the tolerance of their bricks' dimensions:

I think we can discard that option.

As @SlicksterTheBrickster said in his answer, the shorter bricks seem warped. The most plausible explanation is that extreme heat made the ABS plastic bend and get a little thicker on the walls or a little taller (floor to studs distance). ABS is a thermoplastic polymer (as opposed to a thermosetting one), meaning that it cannot withstand intense heat and it will melt. As an example, it's normal to wash and disinfect bricks with water at 40°C, but if you increase that to maybe 60°C or 70°C the plastic will start getting "plastic" (i.e. moldable). ABS is an amorphous material, meaning that it doesn't have a proper melting point and it transitions slowly (like glass). I would say that you can get the effect that you show by building a model and leaving it e.g. in a closed car under very hot sun with some pressure on the sides or strong torsion, or maybe close to a stove. The bricks will slightly bend and/or deform after the episode.

If you are curious, get a caliper and measure both bricks' height and width at several points all along their length, and do the same with the walls' width. I'm almost certain that the shorter one will have a significant variation in those values. If your question is "But where did that material go?", it went into slightly swelling the walls.

My thinking is that since the older and shorter brick looks a little warped, perhaps it was exposed to heat which caused the plastic to melt a little. I can't say this would be a production error as the pieces are injection molded and imperfections are kept down to a fraction of a millimeter.

Not the answer you're looking for? Browse other questions tagged vintage plastics or ask your own question.

25
Why are old LEGO bricks more brittle than new ones?
28
Are transparent neon Lego bricks made from a different plastic than usual?
30
What kind of plastic are LEGO bricks made of?
4
Why are new LEGO bricks softer than old ones?
9
Are these ATC bricks from the 1970's LEGO?
9
Why are pat pending bricks rarer and treasured more than patented bricks?
18
Why do LEGO bricks yellow at different rates?
8
Why are these hinged plates slightly different colors?
7
Why do older bricks have greater clutch power?